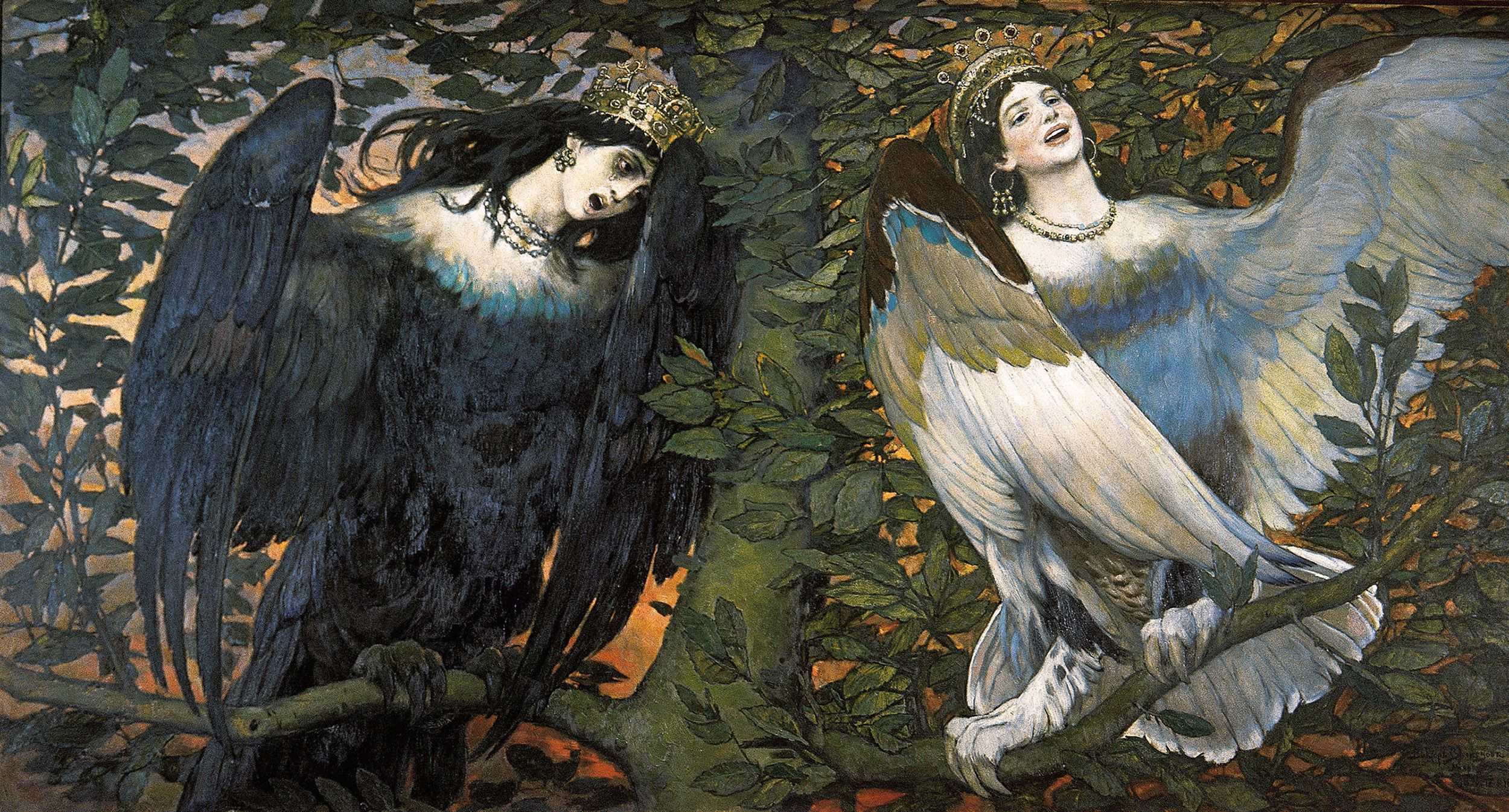 The Yogi’s Bookshelf: Beyond Good and Evil by Friedrich Nietzsche

Life is a perception of your own reality. What we choose to believe as real is what we merely accept as being real. For, there is no real but the real which we decide for ourselves, ultimately, influenced by our environment. The mind is a reaffirming construct that takes in new information and evaluates that data according to its past experiences, trying to find the perfect place to fit each new idea or experience into a tightly knit box. This frame of reference, so to speak, is what helps shape our belief systems and constructs the context which we then ascribe to ourselves.

What is good? What is evil? How do we qualify morality? What are ethics? What are values?

In Nietzsche’s acclaimed work, Beyond Good and Evil, he sets out to challenge contemporary thinkers of his time with arguments questioning the very foundation of our collective perception. Do we inherently know what is good and what is evil, or are good and evil mere constructs fabricated in our minds and propagated forth by society? For Nietzsche, they are mere constructs, constructs that can be altered and even broken.

The idea that Nietzsche proposes in this text is that we, as a society, simply agree upon a set of ethical values that we call good and evil, typically organized and propagated by persons of much higher status and power than our own. “Morality is in Europe today herd-animal morality,” says Nietzsche in Beyond Good and Evil. This perennial assertion alludes to the fact that we are collectively not governed by our independent thought. Rather, we follow a preset social structure that we are each born into whose primary concern is keeping up the status quo for governance, economics, maintenance and control. Social order is not an altruistic pursuit, but an overarching control mechanism to (as Nietzsche puts it) herd the masses.

Nietzsche continues, “Thus did the Brahmins, for example, arrange things: with the aid of a religious organization they gave themselves the power of nominating their kings for the people, while keeping and feeling themselves aside and outside as men of higher and more kingly tasks.”

Here, Nietzsche is shining a light on the fallacy of governance in that there is a clear separation between upper and lower classes. The lower class is made to follow the ascribed rules and regulations of the upper class, as the upper class believe themselves to be of higher authority and status afforded to them by God. From this separation, we can begin to see a continually growing divide between classes—between the haves and have-nots. As this divide continues to grow, so too will the balance of power in favour of one side over the other. Thus, resulting in an uneven playing field between classes.

As we can gather countless times throughout history, this has evidently been the case, as there are numerous examples of authoritative bodies abusing their supposedly bestowed-upon power. It is evident that through this quote, Nietzsche was privy to this unscrupulous insight and uses that as the foundation for his rationale as to why both good and evil are mere constructs. Good and evil were created, ordained and passed on by humans, and humans are faulty.

Likely, at this point, you’re calling to mind another famous Nietzsche quote. Didn’t Nietzsche also state that “God is dead?” It was, in fact, one of Nietzsche’s most famous lines. However, Nietzsche meant it less in the literal sense of a deity in the sky perishing, and more so in that our dependence over God for dictating our actions is now over. For centuries, Christianity has been a dominant force for control, influencing both the ordained council and the governance of law.

Having grown up in Germany, Nietzsche was brought up in the Christian faith. Though, having come to realize the ever-changing nature of the mind’s beliefs and the systems of control that were in place, Nietzsche’s claim that “God is dead” is more of an attack on how we manage our own societal belief systems. It is not that a “God is dead,” but that our dependence on a deity in the sky whose whims are then passed down to upper-class members, who then translate that to lower-class members, is. By understanding that there is no such thing as good or evil, despite what we collectively agree upon as a society, we are better able to decide for ourselves what is good and what is evil to us; beyond the confines of what is decreed.

Think about it, is killing evil? Perhaps. Yet, it is good if it is done in the name of altruism. Is having an unequal abundance of money evil? Perhaps. Yet, we are all encouraged to follow our dreams and, through the arm of capitalism, make as much money as we desire. Is having multiple wives evil? Perhaps. Yet, there are many cultures around the world where it is both acceptable, if not necessary when attempting to keep their culture alive.

What Nietzsche is truly proposing in his work is that there is no good and evil. Hence, going beyond good and evil because good and evil are simply collective mores, which can easily change according to the setting and time period that we are in. One could easily argue (along with many other philosophers and scientists who have graced this earth throughout the ages) that Nietzsche is an adept yogi. For, what is a yogi past asana, but a highly contemplative and consciously aware individual able to objectively peer at the world around them?

So, what is good? Good is whatever you perceive of good to be at a given point in time. It is not dependent on a given set of parameters; rather, a set of circumstances that you are faced with along with your perspective during that ordeal. In essence, there is no good, but grey.

What is evil? Much like good, evil is structured around perception and depends solely on what you believe to be evil at that point in time. Devoid of any law cast in stone—save for the ones passed down by religion, of which, Nietzsche argues, get broken all the time—there is no evil, but grey. All governing rules bend to the winds of circumstance at the time. For example, is killing wrong? Not if done to spread the power of God and country. Is stealing wrong? Not if it will help society at large in keeping order and peace.

How do we qualify morality? Morality is based on our judgement of both good and evil, and based solely upon what we believe to be just; filtered through the perspectives of the mind.

What are ethics? Ethics are a collective and agreed-upon set of social laws, built up of the morality we perceive, peered through the mind’s perspectives.

What are values? Values are aspects of our character, which we ascribe as being the epitome of what we see as the apex of personal greatness. For example, wealth is a value. Family time is a value. Prestige is a value. Again, when fully explored, each of these is just a concept propagated by our personal perspectives and (in essence) our mind. Not one of these is more important than the other, save for what we ascribe as being more important than the other. And because there is no objective set of values, all just subjective aspirations and hierarchical benchmarks, values are also an illusion.

In the end, the best way to transcend good and evil is to realize that good and evil are merely perspectives that we have formulated in our minds over time. And just like Nietzsche’s examination of religious structures and the idea of God as mentioned above, if we lull ourselves into believing that laws are passed down to us by someone or something above, we can fall victim to the trappings of persons who we perceive to be of higher status than us, controlling us however they see fit. To take back our own sovereignty and freedom of understanding is to go beyond good and evil. It is to go beyond the mind, and make decisions for ourselves, asking: is this right or wrong for me? Only then can we live a life in keeping with our best selves; for, we will be living out a life for ourselves, not governed by someone else—the truest path of a yogi.

“… Assuming it is now understood from the outset to how great an extent these are only—my truths,” Nietzsche. Life is just a story we choose to tell ourselves. There is no right or wrong, but what we choose to believe. To pigeonhole oneself to a single stream of beliefs is to keep a closed mind, no matter how loudly we champion the importance of having an open one is. To float freely throughout this world, completely at ease, is to realize that things already are as they are, it is only us who ascribe meaning to the chaos—who attach meaning to an event. To go beyond good and evil is to become completely free; for, true freedom is found outside the box of accepted and contemporary norms, while most people are sitting comfortably and ignorantly within it. To be completely free is to be a vanguard, a maverick, an outlier, or agent of change for how you wish to see the world and not how you’re told to see your place in it.

You can buy Beyond Good and Evil by Friedrich Nietzsche at your local bookstore, on Amazon & review the book on Goodreads.