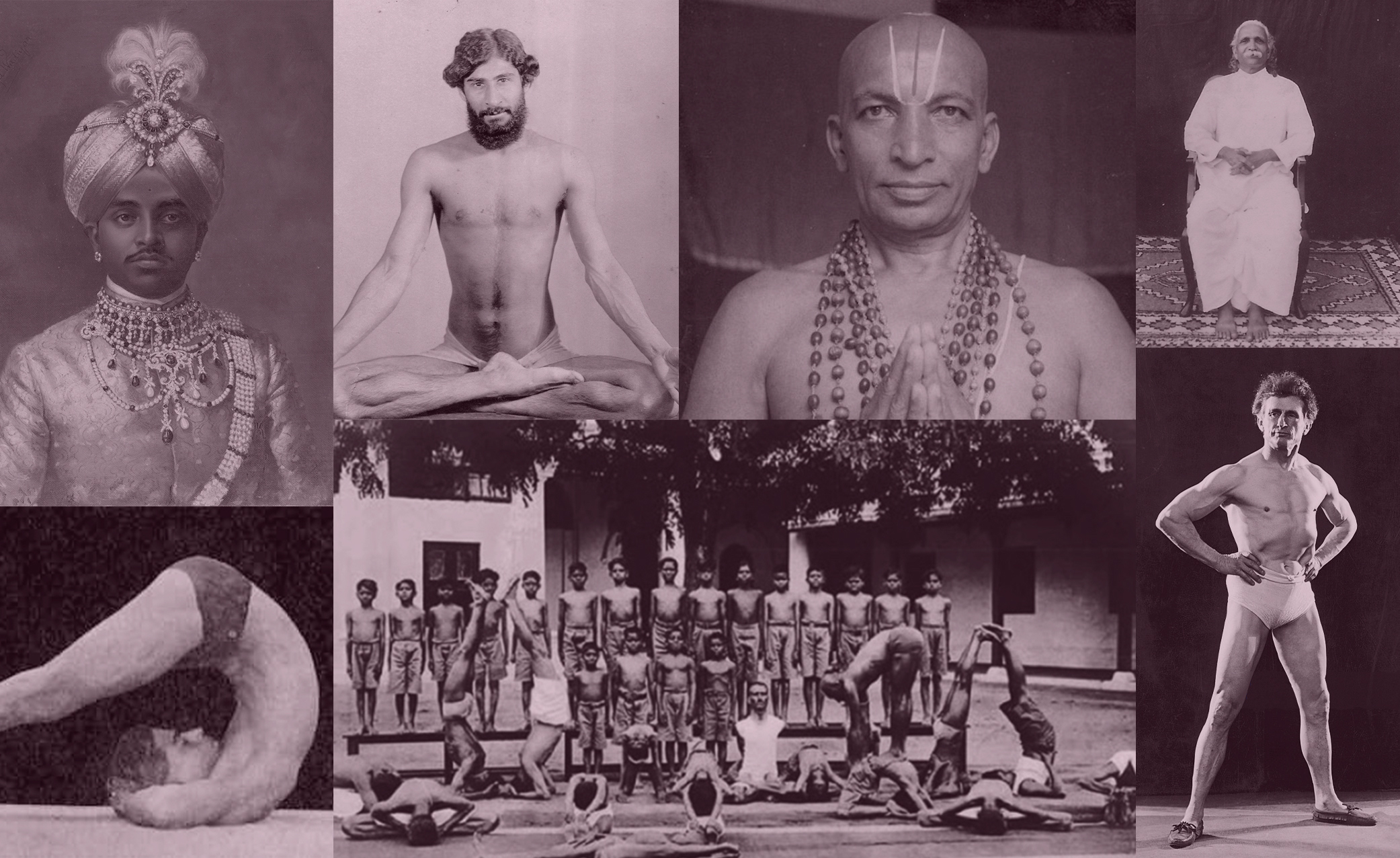 The Yogi’s Bookshelf: The New Yoga: From Cult and Dogma to Science and Sanity by Rob Walker

Before there was science, there was mysticism; and, in today’s time, it finally seems like there’s an opportunity to begin to explore and merge the two.

With the advent of yoga-related documentaries being pumped out on Netflix these days (from Wild Wild Country to Bikram), it seems only natural for more revelatory works to shine a light on the more truthful side of the practice we all enjoy. In that sense, Rob Walker’s book, The New Yoga: From Cult and Dogma to Science and Sanity, is an exceptional bridge between the two worlds of science and mysticism.

For example, today’s modern yoga practitioner will often look upon the Instagram-yogi with much disdain and jealousy, thinking that they, too, must endeavour towards such flexible pursuits. Assuredly, Walker explains that poses such as these were initially passed down by Krishnamacharya—a yoga guru who some would describe as being “near sociopathic.” These highly impressive, and highly demanding, poses were constructed for teenage Indian boys who would then conduct performances at the Mysore Palace in order to entertain and amaze the royals. While initially promoted as a means to build one’s health, strength, and flexibility, these poses can and do often lead to injury.

Holistically, the traditional essence of yoga, beyond our 21st Century Western understanding and as seen since time immemorial (which Walker now dubs, The New Yoga—really, the Original Yoga), is to encourage moderation, mindful movement, and mindful thinking—not to turn practitioners into gymnasts. Think about it, if yoga was meant to be about pursuing Cirque du Soleil feats, wouldn’t most people in India be gymnasts then, since the various facets of yoga are embedded, albeit perhaps unknowingly, in the Indian culture? And wouldn’t it also mean that circus performers are the most enlightened beings among us? In truth, we need to move past our fixation on merely the Rajastic facets of yoga and pursue the deeper side of yoga and what it was initially meant for: to strengthen our relationship with ourselves and the world around us.

Unfortunately, the buck doesn’t stop there. Walker continues to describe the way prominent yoga gurus like Kuvalayananda during the introductory years of yoga to the West (long before looking things up online and fact-checking were a thing) borrowed extensively from sports magazines and bodybuilders in order to claim therapeutic benefits for their yoga asanas. However, rather than acknowledge this inspiration, these yoga gurus maintained that these postures had come from an ancient and pure origin directly related to their yoga systems. Continuing further, it also appears that this same series of tall-tales extends to the guru’s origin story; most, if not all, of Krishnamacharya’s accounts of his own discipleship, had been fabricated.

So, why do we fall so easily into believing in such things?

Why are we so quick to lay everything on the line for someone who will (supposedly) shelter us from all of the pitfalls of life? And, what’s more, why will we so eagerly shell out large sums of cash for this kind of spiritual leadership, when one of the primary aims is to go beyond materialism in the first place?

Because we are so desperate to look for any answer or meaning to our lives, in fear that the reality of life is true: we are the gatekeepers of our own life experience and we initiate these life experiences through the stories we choose to tell ourselves. Why should we take accountability for our own lives, when these yoga gurus will (supposedly) show us a new way to elevate beyond our current normative human experience while taking on the accountability for us?

In truth, we each strive for meaning in the chaos of the cosmos, we just don’t want to be the ones taking ownership over it. And this is what The New Yoga is striving to remind us of. We need to look past our current paradigm of yoga and rediscover its original one: yoga is a self-centred and centring practice to help us look less at others and more at ourselves.

Unfortunately, modern yogis have yet to learn from the misdeeds of their predecessors, as this ancient series of cons and false impressions extends even into today’s society (either consciously or subconsciously). Open any New Age magazine and you will witness a myriad of contemporary yoga teachers attempting to tap into this lucrative market, as these yoga “professionals” aim to place themselves atop the pedestal of other, more accredited, professionals like doctors, biologists, and physiotherapists. As Walker so eloquently puts it, how can we hold in high esteem a yoga teacher who has spent maybe 500-hours learning about anatomy as it relates to asanas, as compared to a physical therapist who has spent over 10,000 hours learning about and honing their craft? The two are incomparable; and yet, there are those of us that see the two as being one in the same.

Could it be the overpriced glowing crystals and mala beads?

What we need today is a more realistic approach to what yoga can and can’t do, and The New Yoga by Rob Walker is a great starting point for where we should look. Is yoga the be-all, end-all that will cure us of all of our ills (from cancer, to diabetes, heart disease, arthritis, or joint pain)? Or is yoga meant to teach us more about reconnecting back with ourselves and others; allowing ourselves the time-out in our day to be where we are in that moment, learning to train our focus on the present moment—a skill which we can then take with us wherever we roam?

I, for one, will go with the latter. 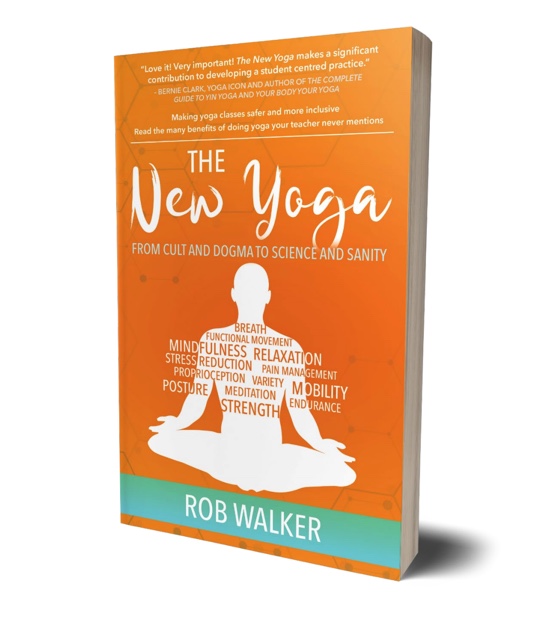 YOU CAN FIND THE NEW YOGA: FROM CULT AND DOGMA TO SCIENCE AND SANITY ON THE NEW YOGA AND AMAZON.