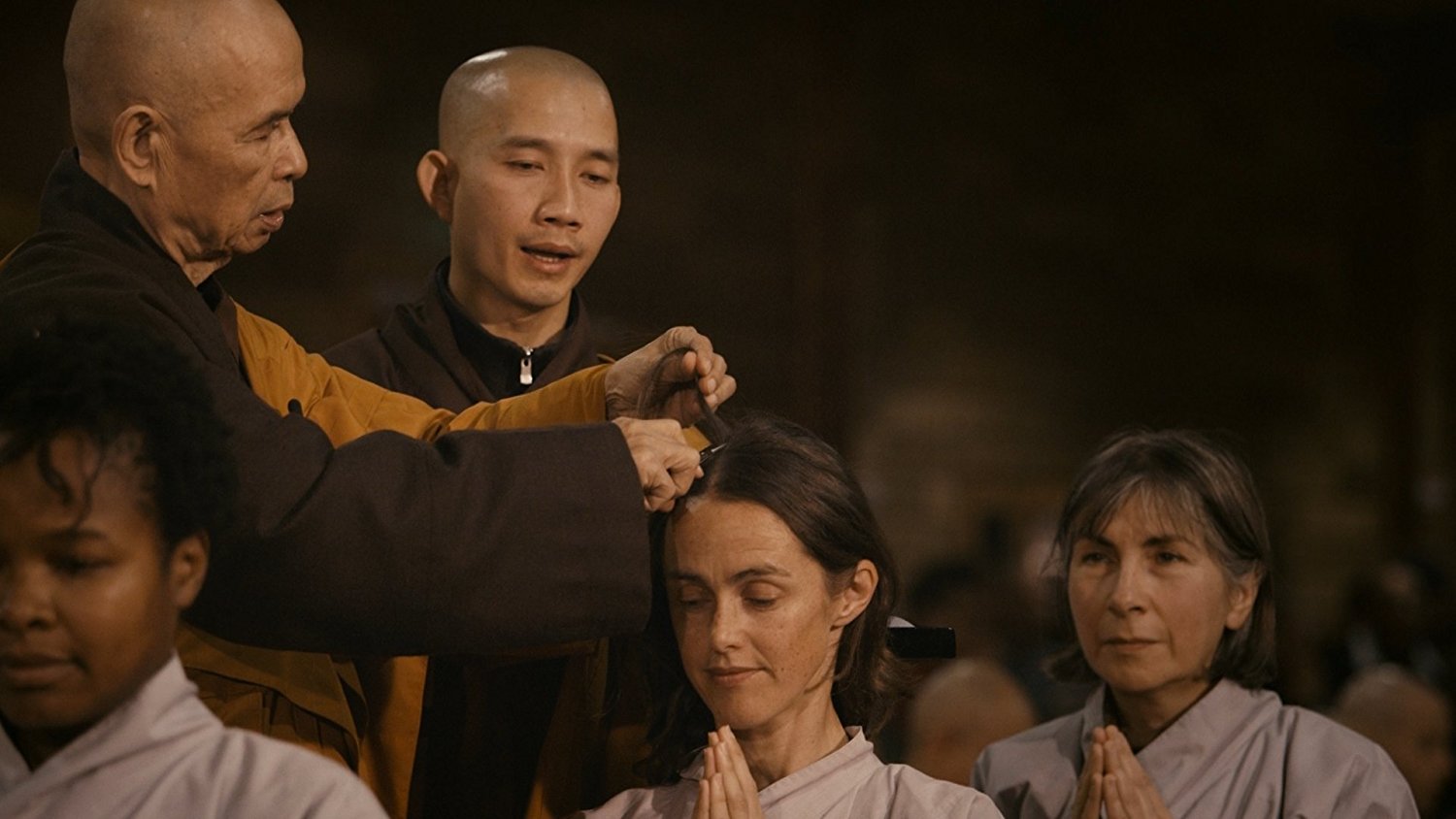 10 Modern Films Every Yogi Should See

By day, I’m a yoga, meditation, and mindfulness instructor. By night, however, I’m a major cinephile.

I am utterly passionate about film, the art of filmmaking itself, and especially how a specific film can influence us as individuals and as a society.

Cinema engages us as living beings in a way that few other mediums can match. Whether it be to amuse, scare, enlighten or even just purely to entertain, the possibilities of how our internal selves can be affected through the use of this visual medium are simply staggering to contemplate.

For me, this influence can be a source of yoga, meditation, and mindfulness. A well-made film demands – nay, requires – us to exist in the present moment so that we can not only fully absorb what’s going on onscreen but also immerse ourselves in whatever a given piece and its given elements bring into our consciousness.

Watching the right film from a yogic or meditative perspective can sometimes bring just as much to our practice as being on the mat or in a studio with a teacher. You might be surprised at what a given film can remind you of or teach you.

Here are 10 of my favorite films I recommend for yogis to enjoy.

There are hundreds of existing documentaries covering the topic of yoga. But “Yoga Unveiled” is not only the most comprehensive one that I’ve seen but also the one with the most heart behind it.

Covering not just the history but also the wide varieties of yoga and its therapeutic uses, it serves as a semester of yoga teacher training all by itself.

It also brings a true sense of worldliness to the discussion of yoga with experts from across the globe such as Jon Kabat-Zinn, B.K.S. Iyengar, T.K.V. Desikachar, and many more. Even with a bit of a longer runtime of over 3 hours, this film is fantastic for yogis of all lineages who want to develop and take their practice that extra bit more seriously.

While not directly related to yoga, the lessons of the “Kung Fu Panda” series can be easily applied to our yoga practice. Everything from living in the present moment to acceptance of your body and your gifts especially in regards to given physical postures is all touched on and subtly exemplified in a beautiful way by these movies. Not to mention gorgeous animation, a great cast, and humor that will have you deep-belly laughing the whole way through.

If ever you wanted a full meditation in film form, “Walk With Me” is as close as you are going to get. Focusing on Zen Buddhist Thich Nhat Hanh and his community in Plum Village, this is one of the best meditative documentaries I’ve ever seen. With minimal dialogue and quotes from Hanh himself and narrated over by Benedict Cumberbatch, it delves deep into the lives of the Buddhist monks who have dedicated themselves to a more mindful yogic lifestyle. In watching, you get to know and understand them and see how they interact with themselves and the outside world.

In a world of chaos and the extreme vibrations of 21st-century living, “Walk With Me” is a nice little oasis of simple cinematic calmness.

A brilliant piece about the interconnectivity of all human beings through time and space, “Cloud Atlas” touches on the concept of karma and how our actions influence the future in ways big and small. While it does tackle things a little highhandedly at times and it does feel a little bit pretentious, it’s certainly worth a watch with the caveat that you read the book that it’s based on first. The film works OK on its own, and you will certainly get the gist of the point without it. But when combined with the background knowledge and unique back-to-back structure of the book, a lot of smaller details and intricacies begin to make more sense narratively and thematically, and it becomes an entirely new viewing experience. If you do your homework before going into this film, “Cloud Atlas” is a major journey that has the potential to leave you breathless.

A healthy yoga lifestyle is partially made in the kitchen and “Fed Up” is a film that will keep you on that path. While I find its approach to delivering information a little bit on the blunt side, the revelations that it talks about in regards to sugar and how destructive it is on our physical selves are jarring and eye-opening. It really gets you to be aware of what you are putting into your body and how subtly it affects you providing shockingly tragic examples. If you want a film that not only promotes a healthy way of eating but does it in a way that you won’t soon forget, “Fed Up” is one of the best films out there that give you that motivation and purpose.

I watched this film in the course of my yoga teacher training, and it’s one that I think all Western yogis would greatly benefit from seeing. The life of Yogananda the Hindu swami who essentially brought yoga to the Western world is a fascinating one. His teachings and practices are looked into and explored in a way that modern American yogis might find a little bit alien today. While I don’t think that film’s appeal extends beyond the yogic community, its overall message is told beautifully by the filmmakers as well as the devotees who knew Yogananda in person. ‘Awake’ gives us a chance to come back to the roots of a more spiritual Western yoga.

I’m a big cat lover and so was drawn to “Kedi” just on natural impulses. But even I was surprised at just how much inspiration I gleaned from this little documentary on the wild cats in Istanbul. Not only is it gorgeously shot with plenty to see and cute animals to watch but there is a deeper meaning to this film than what is present from a surface level glance.

Its message on how the simple things in life can make us happy is one that all yogis can learn from, and it exemplifies true awareness in daily living. It also presents us with the challenge of seeing how opportunities for the biggest of changes can come in small ways in showing how each human in the film is affected by their interactions with these cats living below their feet. If you are an animal lover, then this film is an absolute must.

Another odd series of films at first glance to put on this list, the ‘Lord of the Rings’ trilogy’s central narrative is a masked testament to mindfulness in action. It’s all about being mindful of the negative effects that the smallest actions can have on you and how devastating it can be when we lose ourselves to corrupting influences. It also gives us both positive and negative character models to learn from. Good hobbits are constantly tempted but remain mindfully strong, and the evil wizard and dark warriors fall victim to their obsessions. These examples remind us of why we need to keep our minds clear. If you watch these films with a mindful perspective, you might be surprised at what you find.

The most recent of the films on this list and perhaps the biggest surprise, “Black Panther” was a movie that came out of the blue and surpassed many expectations in the superhero genre. It was not only a superbly entertaining film in its own right, but it also crossed several big mainstream boundaries that really made it stand out. It gives us an interesting and enriched afro futuristic culture that we haven’t seen before especially from a feminist angle in its stronger female characters. However, “Black Panther” serves as a wonderful worldly meditation on leadership and tapping into your personal strength that includes plenty of strong messages for yogis (and especially yoga teachers) to take into their daily practice.

This film was so inspiring to some that a teacher in Norfolk, Virginia created a new yoga class based on the film. Called Wakanda Yoga and linked directly to the themes of the film, it combines aspects of Kundalini, Kemetic Yoga, Ashtanga, and meditation to create a powerfully unique style never seen before that’s growing in popularity. In a changing world where many groups aren’t or are just starting to get full representation onscreen, “Black Panther” is a game changer not only as a superhero film but as an international touchstone for those peoples and cultures. But it goes a long way in showing that anyone from any background can step into their personal power to become what they want to be.

From a simple sunny perspective, “The Peanuts Movie” is positively perfect. While it does miss a little of the double-edged sword of sorrow and humor that made Charles Schultz’s comics so memorable, this film is a breath of fresh air that gets its messages across in a very subtle way without beating you over the head with them. This is another one that isn’t explicitly connected to yoga. But it’s just so gosh-darned likable with such positive psychological messages for yogis of all ages that it crosses the border from standard children’s entertainment into a mindfully chill family film. Not to mention that the soundtrack and score is perfect background music for yoga classes especially for children.

So if there are days when you don’t feel like up to getting on the mat, I encourage you to get your yoga practice on and get lost with a mindful film. Breathe, watch mindfully, and most importantly enjoy!