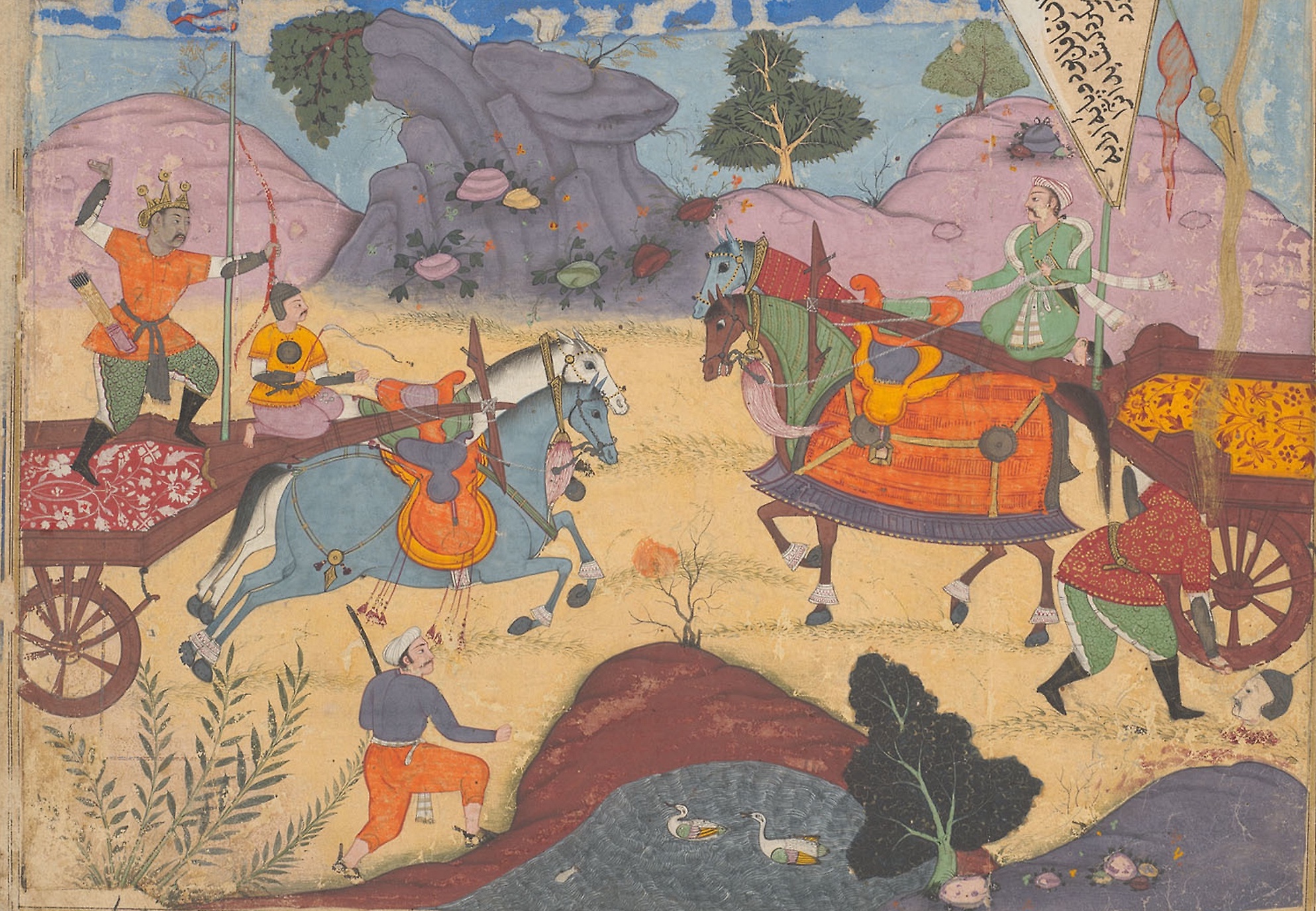 A time-honoured tale dating back to somewhere between 400 BCE and 200 CE, the Bhagavad Gita has passed through the hands of many translators over the years. Granted, it’s hard to really dissect the minutia of this tale, as going from Sanskrit, to Hindi, to English presents with it some serious lost-in-translation scenarios; but the generalities of this tale all remain the same.

We know that Arjuna, the tale’s hero, sets out to battle, only to see that on the other side of the battlefield are his cousins, uncles, and countrymen. Distraught with the idea of having to engage in combat against the ones that he loves, he falls to his knees in despair—unsure of what to do. Suddenly, lord Krishna appears before him, revealing to him his true form, what the book relates to as being his appearance, but in actuality is the totality of all things. He  eventually provides him with the singular tool of yoga, meditation—not Raja, Bhakti, Karma or Jnana, as these are just paths to yoga, but not necessarily applicable tools themselves— in order to stand up and perform his sacred duty, his Dharma, similar to what we in the West call destiny or fate and, in effect, go to battle.

Now, despite whether you believe this tale to be absolute fact or allegorical fiction, one thing remains clear: we can learn a lot about both ourselves and life by exploring the tenants and events portrayed within this book.

Of all the versions that I’ve either listened to or read, perhaps the best iteration of this tale is translated by Barbara Stoler Miller, who brings an easily readable and meaningful translation.

So, what exactly can we learn from this story?

First off, we have to consider the fact that Arjuna was not only a prince but a warrior. Though this fact tends to be overlooked due to the tale’s later significance as the passages go on, it would be remiss of me to not point this out. We are all warriors. To some degree or another, we are each fighting for something: whether it be for a higher salary increase at work, getting our way during a family vacation, or just standing up for our right to be who we want to be. We each have the innate tendency of warrior-hood in us, and we are each royalty for the simple fact that we are each a unique soul with a unique perspective and take on life. I mean, even on a genetic scale, every cell in our entire body is made to survive; to expand; to create. Look at the universe, even—is it not constantly reaching out, creating; expanding; with all life forms seeking to survive? If not, we wouldn’t be here right now. Never forget that you are a warrior and that you are worthy of whatever it is that you seek. You are royalty. 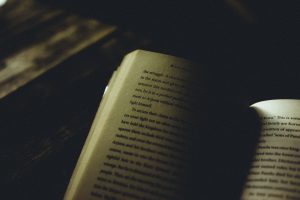 From there, we can examine the fact that Arjuna faced those that he loved on the other side of the battlefield, as it was his Dharma. To take this literally would just pit this as nothing more than a squabble between family members, with both sides unable to let go of their initial arguments. However, taken allegorically, we can see it more as something where you are faced with odds that you just don’t like. To turn back is to lose and flee into cowardice, but to press on is to hurt those that are meaningful in your life. You are stuck between a rock and a hard place. You are, essentially, f*cked! Have we not all felt like this at one time in our lives? It can be as big as getting out of a bad relationship with someone you’ve known your entire life, or as small as telling your boss that they have something hanging out of their nose right before going into a meeting. If you stay in the relationship, or let your boss walk into that meeting none the wiser, you are doing a disservice. If you leave the person you’ve known your whole life, or tell your boss that there’s something hanging out of their nose, you’re bound to make waves.

Suddenly, Krishna appears and shows Arjuna that he is the entire universe as one. He is both the good and the bad; both demon and angel; both dark and the light. He is the totality of duality as one. Krishna represents the totality of life itself. Fearful, Arjuna begs Krishna to once again hide his true form. Why? Because in the face of the totality of everything, we realize how truly small we all are as compared to the entire universe. In the grand scheme of things, placed side by side with the whole of existence, we are but a small drop within an infinitely vast and impossibly large ocean. And this scares us. Why does it scare us? Because we thought we were the centre of the entire universe. We thought that we were important. At the end of the day, a thousand years from now, we won’t exist. The outcome of our decisions may echo out into infinity, but the memory of who we were will be forgotten with the sands of time—and this is frightening. Or is it? Is it scary to think of the vastness of time, or is it just a reminder to live the life that we want to live with the time that we have? Is it scary to think that our memory will fade, or does it just mean that we are the only ones placing more emphasis on our decisions than there needs to be? In the end, it’s up to you to decide what is best for you, because the universe is too big a place to have any one person’s decisions be so cataclysmic; and yet, our decisions are… but only to us and those we directly affect.

Upon returning to his original form, Krishna then teaches Arjuna the power of yoga. The power to still one’s mind by aligning action with intention and accepting what is to come as what is to come; rather than to attach a narrative to the event and make it something that it is not. Now, despite the myriad of poses out there to help you get into the state of yoga, there really is only one posture ever articulated in the book that shows us how yoga can be achieved: sitting. Yoga is bringing our mind back to equilibrium, by allowing and accepting the flow of our thoughts and emotions, until, just like the ripples when you throw a rock into the pond, they subside. Yoga or, more accurately, meditation, is about balance. It is about becoming still enough to objectively observe, unattached, what is right and what is to come. Just sitting (or zazen, as Zen Buddhists refer to it as) brings about peace because we quit giving our mind the stimuli it begs for in order to keep it going; to keep it active. If we learn to still body, and thus, the mind, we can move forward as best we can with the information that we have and the tools at our disposal. And that is what Arjuna resolves to do…

Arjuna stands up and fights. He completes his duty (his Dharma) and does what he must. At the end of the day, we all know what we must do. We all know right from wrong—to us—and we all know how to get to where we want to go. It just takes a little quiet and a little contemplation to see things for how they truly are.

So, if you have time, I implore you to go and check out the Bhagavad Gita. It’s a great tale, with a great message behind it! Remember, you are strong; you are capable; you are royalty. We just tend to forget it when the noisy and fast-moving outside world gets us down. But we all know what we can now do: go back to stillness, go back to silence, go back to you.