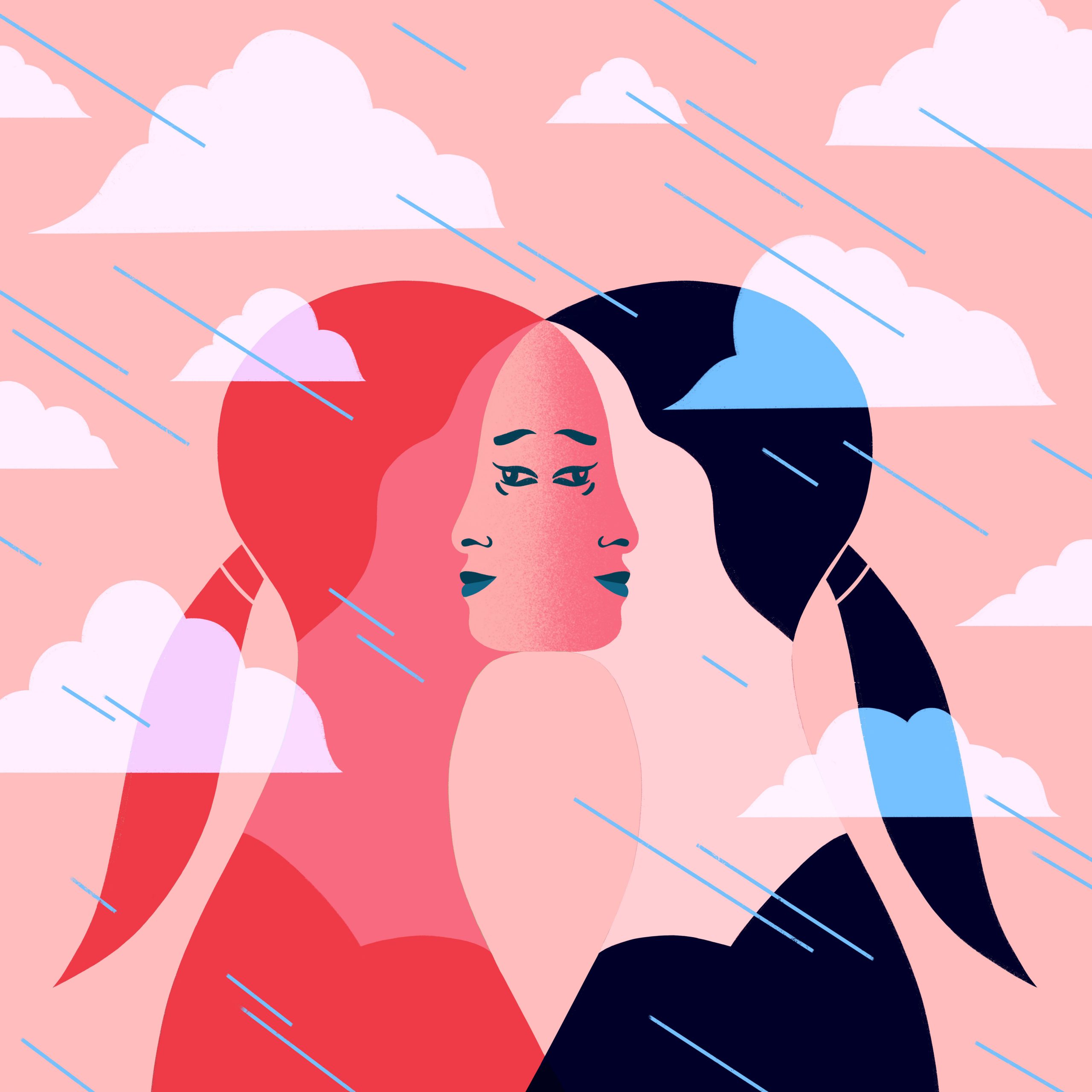 The Yogi’s Bookshelf: The Inner Work of Racial Justice by Rhonda Magee

How do you overcome something that you are? Before you continue reading, I’d just like to preface this book review by stating that I am not an expert in race-relations, equality, nor do I possess the direct experience that this author has when talking about this subject. I am merely a casual observer, interpreting and reviewing a book on the subject.

In terms of our DNA, we humans are 99.7 percent the same.

Not necessarily “new” for the human-animal, this differentiation process (or classification system) is not only how we have survived and thrived since the dawn of the human-animal, but it is how we interact with the world around us. Though I do agree with some aspects of what the author has expressed in this book, such as the power to transform actions through mindfulness and how we should develop a greater understanding for one another, I still feel that there are some unanswered questions at the end of this book. Some questions need to be looked at through a more objective and less self-righteous lens—such as, how do you move past racism when that’s all that you’ve ever known and those are the types of like-minded individuals you surround yourself with on a daily basis? Or, how do you address internal racism within one’s own culture?

If we saw life only in terms of cells and atoms, we wouldn’t be able to differentiate one thing from another. The universe is chaos, we’re only asserting order. It is only our cerebral cortex and the processing power of our brains which allows us to differentiate and make separations from all of the chaotic particles that are floating all around us. Without it, a rock would be identical to a stone; both red and green would just be light particles; black and white people would just be cellular organisms; and colours would just be different light-reflecting frequencies. It is only when we focus on our current self-identified aperture that we are able to differentiate this from that. However, when we begin to zoom all the way out or zoom all the way in, that is when the lines of separation begin to blur. A thing is just “a thing.” And yet, when we distract ourselves through the myopia of our own differentiation processes, we lose sight of non-separation in favour of separation.

Knowing that we don’t know is itself transformative.

How does the above paragraph make you feel? Are you beginning to see the multiple layers which make up our own transient and tactile existence?

Only through introspection and reflection can we begin to see things as layers and not simply dichotomies of existence at play. There is no this or that; and yet, there is still both this and that. Why? Because things in this world both exist and do not exist. It is simply a matter of you choosing to believe that they do or not at all. This is where I agree greatly with the book in regards to dissecting racism.

The book makes a strong case for utilizing mindfulness as a means to abolish racism. It is filled with various methods and practices to help identify our own subjective nature in order to uncover hidden dilemmas and agendas within ourselves; providing us with the space and opportunity to grow through our own mindfulness practice. To me, mindfulness is an essential practice and staple to help evolve our current actions toward actions we would prefer our future selves and, (in effect) collective community, to espouse. However, this theme is also failing to take into account all that we “don’t know.”

Mindfulness is an important facet for exploring what we currently know, but it is impossible to examine all of the things that we do not already know. This is because the mind is the container for consciousness and we can only go insofar as the mind. The mind holds the information that it has stored up until this point—all of the thoughts and experiences it has encountered up until now—and only through mindfulness are we able to hold each of these thoughts and experiences as objects for reflection and interpretation. But what about all of the things we haven’t currently thought of or experienced? It is impossible to know what you do not know, you can only realize and accept that you can’t know everything.

I feel that most people idealize mindfulness practices as being somehow a silver bullet or cure to all of the world’s problems; failing to realize that mindfulness begins and ends with our own mind. Mindfulness is to hold the mind full of its objects, analyze and interpret them, then carry on forward from there with newfound insight. How then can one ever possibly evolve solely through mindfulness alone if one’s own mind is only filled with one understanding—a hate for other races?

So, what is racism? Racism, when boiled down, is a selected and hierarchical categorization to help differentiate one group from another; resulting in biased or skewed actions. These actions can be as subtle as one person deciding to hire another person solely because they look similar to themselves, or more overt; such as having a specific business burnt down because it is owned by a particular race.

I was once in a group setting where someone told me that they disliked individuals who drive BMWs. They believed that the driver of a BMW was arrogant and always acted rude to them when they interacted on the road. I’ve also personally experienced, due to my own youthful appearance, a bit of a “ya right” attitude while sharing potential solutions for problems while in a work setting. However, when the other person who “wrote me off” found out how old I was, they suddenly changed their tone because I was now much older than them in their mind. I’ve also felt myself suddenly become “on-edge” as I walked past a group of individuals wearing hoodies and sporting identical bandanas in an enclosed space.

These are all aspects of racism. Though we commonly classify these instances as being sexist, ageist, elitist, homophobic, irrational, conspiratorial, leftist, rightist, conservative, democratic, imperialist, asinine, archaic or even delusional, each of these instances is using the same cognitive process in our brains to make snap-judgements in order to move through life with more expedience than if we had taken the time to fully understand the situation at hand.

In each of the above cases, both pause and reflection could have been used to discern if these snap-judgement beliefs were accurate, or if they were made simply because we were each transfixed on getting from one place to the next in the fastest way possible. How, possibly, could we have gotten to where we are today in society if we spent every second of the day analyzing then re-analyzing all that we are thinking about? If we spent the majority of our day in a mindfulness practice, we would never get anything done. The only saving grace is that a daily mindfulness practice will allow you to access the reflective processes of your brain much faster in order to catch yourself the next time you feel that you may be making an irrational snap-judgement.

The thing to realize is that racist judgements (or categorizations) are a natural part of our brains which needs to be both moderated and considered. The primary pursuit here being a healthy balance between being too racist and not racist enough—too categorical and not categorical enough. Categorizations (through whichever means you choose; ie. sexism, ageism, racism) can be useful heuristics and metrics to help us move through the world with expedience. However, it is important to remember that these categorizations are still heuristics after all, or biases, which need to always be kept in check!

You have to take the bad with the good

This brings me to my final point about the book, and one that I disagree with most. The book isn’t exactly about becoming anti-racist; it’s about becoming anti-colonial. A vast majority of the arguments within this book are more-so positioning one race against another, while simultaneously ignoring the reality that there can still be racism within one race.

Being Asian-Canadian, myself, there is the assumption that we can’t be racist because we’re not in either the white or black camps. Yet, from personal experience, Asians are just as racist as their black and white counterparts; even expressing internal-racism against their own kind. Within the Asian community, you can still be too light or too dark; too rich or too poor; from the North instead of the South; from one country and not another.

I feel the real reason why we are currently fighting for equality is largely a historical one opposed to a race-based one. It was the Europeans who first colonized the vast majority of the world. From that colonization, future generations and civilizations were both established and empowered internally through various facets like education and generational wealth to help widen colonial power over time. Is it any wonder that, through the rise of globalization and immigration, “persons of colour” like myself are now vying for a top spot on the economic ladder of prestige and power; aiming to re-write stigmas and laws in order to help make things more inclusive for all?

In the end, I agree: fix the system in order to make things more accessible and equal for all. But this, ultimately, is a social equality issue, not merely a race-related one. Spend more time with people of other backgrounds, cultures, races, and socio-economic statuses (if you can) in order to cultivate a more open mind about the world. However, don’t mire the conversation with talks of being anti-racist when the real issue goes far beyond this singular categorization. There are an infinite number of configurations for categorizing beyond race itself. Boiled down, the real issue here is categorization, not racism. The real issue is an undisciplined, unbridaled, monkey-mind and our innate survival instincts which have us moving through life in this way.

Our brains were made to be racist; to overlay judgement and create categorizations between one thing and another. Yet, if we simply took a pause every now and then, and learned to observe the inner-workings of our own minds through mindfulness, we would be afforded the opportunity to ask ourselves: is this belief system founded in fact or simply initiated through impulse, based solely on the fictions we initially believed?

By learning to reign in the monkey-mind through mindfulness or meditation, we will each be afforded the opportunity to grow individually and, in time, collectively.

Educate, observe, manage and (inevitably) master your mind. The rest will soon fall into place.

All quotes from The Inner Work of Racial Justice by Rhonda Magee.

You can buy The Inner Work of Racial Justice at your local bookstore, on Amazon & review it on Goodreads.