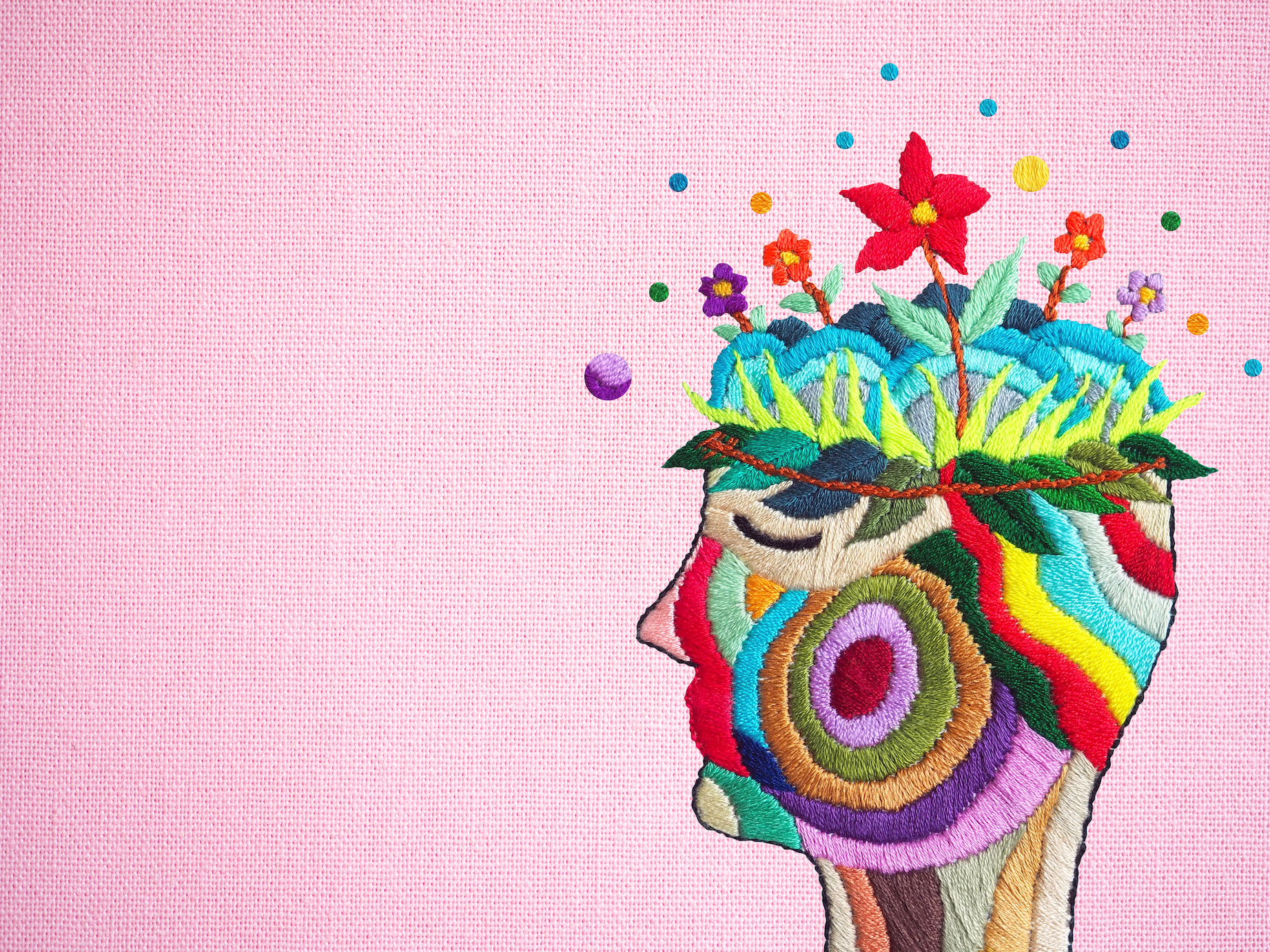 The Yogi’s Bookshelf: DMT – The Spirit Molecule by Rick Strassman

Where do we go when we die? Is there a world beyond the world that we all can see? Can a molecule really bring us there?

Both romanticized and vilified, N-dimethyltryptamine (DMT) has gained much popularity over the past few years. Thanks to the growing popularity of plant medicine ceremonies, Joe Rogan’s advocacy, and our fascination with all things New Age, everyone within the esoteric circle seems to be talking about DMT—but what is it, exactly? 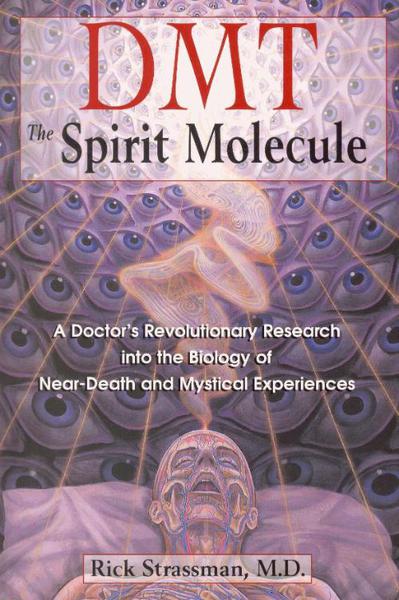 In his highly acclaimed book, DMT: The Spirit Molecule, Medical Doctor Rick Strassman explores the inner workings of this seemingly mystical drug and how it relates to both spiritual experiences and Near Death Experiences (NDEs); all through a scientific lens.

“…DMT occurs in our bodies. We produce it naturally. Our brain seeks it out, pulls it in, and readily digests it.”

“Once the body produces or takes in DMT, certain enzymes break it down within seconds. These enzymes, called monoamine oxidases (MAO), occur in high concentrations in the blood, liver, stomach, brain, and intestines. This widespread presence of MAO is why DMT effects are so short-lived.”

“Think of it as a tugboat, a chariot, a scout on horseback, something to which we can hitch our consciousness.”

Would it surprise you to find out that DMT, this highly illustrious drug, is actually produced endogenously within the human body?

If you’ve frequented numerous yoga classes or even taken a Yoga Teacher Training course, you’ll likely have heard about the pineal gland, or the third-eye chakra – also referred to as the seat of the soul. This is where DMT is produced. Apropos, is it not?

Essentially, DMT helps us to direct our waking consciousness through our observable world with the help of our imagination. It helps us to see a world beyond the world that is readily seen.

Now, before we get all uber-spiritual, there is a tangible exercise we can go through to help demonstrate this point. Look at your hand. Now imagine a spider crawling on your hand. This redirection and manipulation of your observable world is your endogenous DMT at play. We all use DMT in our waking life to help us navigate and engage with the world around us.

The same mechanism is at work when we’re dreaming or meditating. We naturally stimulate our pineal gland to develop greater amounts of DMT during meditation or sleep, ultimately allowing us to enter into an Altered State of Consciousness (ASC). Though, when we look at life as a whole, every waking and dreaming moment is an ASC; it just depends on what baseline you’re comparing it to.

What’s the point of psychedelics?

“Psychedelics show you what’s in and on your mind, those subconscious thoughts and feelings that are hidden, covered up, forgotten, out of sight, maybe even completely unexpected, but nevertheless imminently present.”

What’s really going on under the hood? What are some things that you’re currently holding on to, but aren’t actively aware of? Psychedelics are a surprisingly fast way to reach a realization that normally would have taken many years of meditation and introspection to attain.

The thing we’re all struggling with, first and foremost, is our minds. Learn to manage your mind, and you learn to manage your life. The problem is, most of us tend to suppress our thoughts and emotions, vilify our every desire, and try to control the outcome of every situation. Learning to be a good meditator (able to allow and accept the comings and goings of every situation, watching things as though you were watching a movie, and not taking anything personally) is akin to being a good psychedelic explorer.

The real reason why most people find it hard to meditate, and why they also have “bad trips,” is because they are unable to be completely alone, face to face with only themselves and their problems.

The primary difference between psychedelics and meditation is that, in meditation, you’re able to start and stop the ride whenever you want. You can get up when the trip is getting too difficult. However, when you’re on psychedelics, the ride doesn’t stop until it stops.

Imagine coming face to face with a problem you haven’t readily been able to solve, accept, or let go of. Now imagine not being able to leave the thought of that problem. That’s where “bad trips” originate from.

One of my favourite anecdotes comes from Duncan Trussell on the Joe Rogan Experience Podcast, where he tells the tale of a pious monk who had meditated for decades and eventually learned how to levitate. Running up to his master to tell him the great news, the monk declares, “I have done it, master! I can now levitate across the river.” to which his master replies, “Yes, but the ferry only costs 5 cents.” Sometimes you just have to be willing to take the ride.

“It soon became apparent that the experiences described by volunteers under deep psychedelic influences were strikingly similar to those of practitioners of Eastern meditation.”

“Others suggest that psychedelic states formed the basis of humans’’ earliest awareness of religious experience.”

It’s no surprise that, through these profound states, we form new belief systems. Pareidolia is our natural ability to create meaning out of chaos; to develop patterns where there were no patterns to begin with. In addition, we are quick to develop a narrative around things we don’t readily understand and transform them into things we can clearly conceptualize.

It makes sense that ASCs, egged on either by endogenous or external stimuli, will result in the form of religious or spiritual expression. We are the human-animal that loves a good story.

Though some speculate that these accounts were had through the process of ingesting psychedelic substances, and others believe them to be formed through natural exploration via meditation, one thing is undeniably clear: the descriptions are uncannily similar.

“When our individual life force enters our fetal body, the moment in which we become truly human, it passes through the pineal and triggers the first primordial flood of DMT. Later, at birth, the pineal releases more DMT… As we die, the life-force leaves the body through the pineal gland, releasing another flood of this psychedelic spirit molecule.”

Is it any wonder now that these descriptions appear to be so similar, considering DMT is released en masse at both the start and end of our life cycle? Could what the Tibetans really be describing is their psychedelic experiences en route to death? From the vantage point of each account, all signs point to it appearing to be so.

Personally, I’m an advocate for consciousness-expanding substances. I mean, what better way is there to clear away the cobwebs of the human psyche and bring to light many of the things we are burying deep inside?

If you’re brave enough to come face-to-face with your own demons and stare straight into the heart of death itself – only to come back a more awakened individual, I say, why not give DMT a shot? We could all learn from this ancient spirit molecule, which has been utilized for eons and administered by both shamans and mystic healers alike.

Why spend decades learning to levitate across the river when the ferry is only 5 cents?

All quotes from DMT: The Spirit Molecule by Rick Strassman.

You can buy DMT: The Spirit Molecule at your local bookstore, on Amazon & review it on Goodreads.