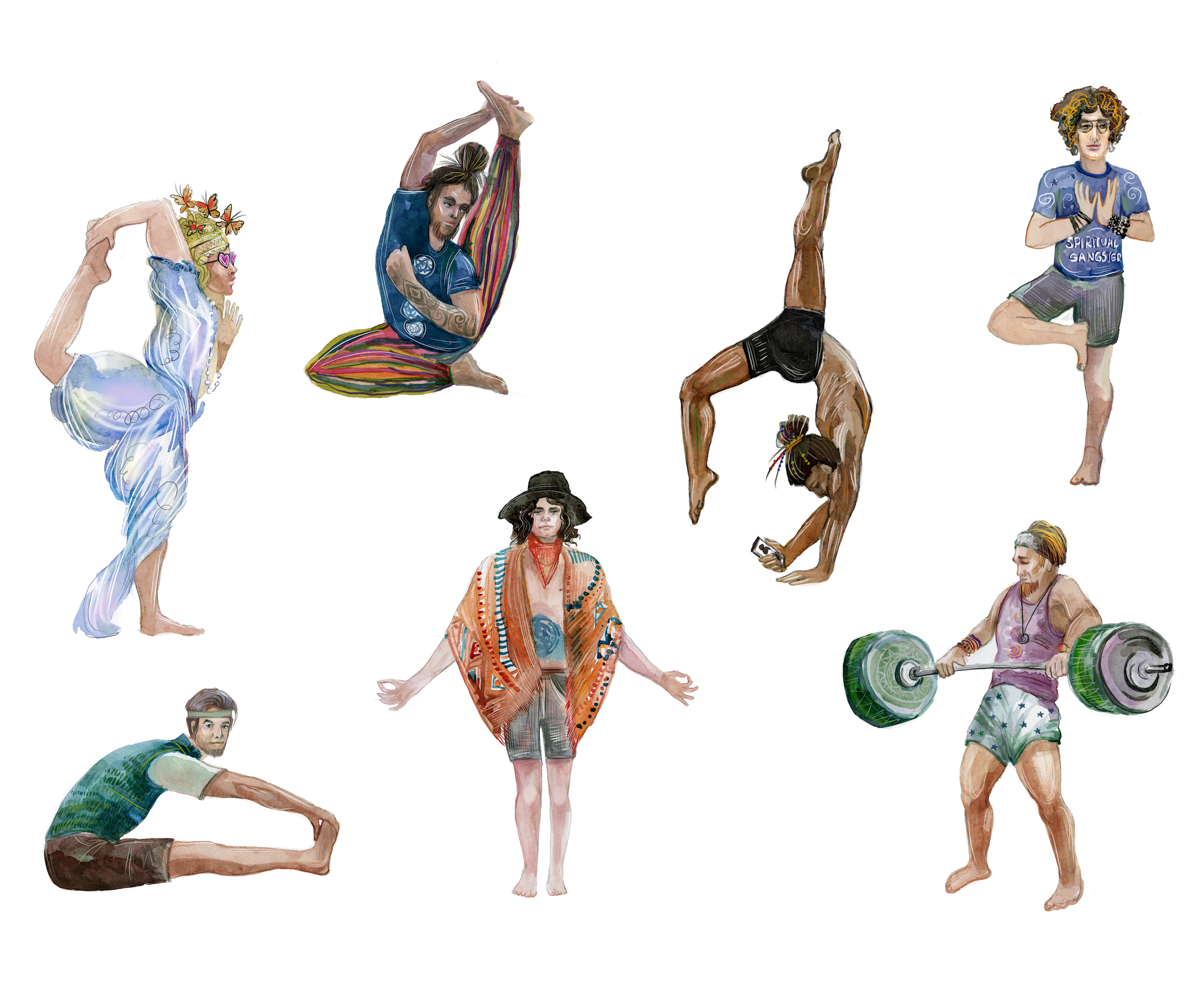 People swarm to music, yoga, and art festivals for the chance to commune with nature and each other.  Yoga festivals, in particular, are expanding rapidly around the globe. They attract a diverse population, but like most yoga classes, women are the primary attendees. Still, there’s a handful of men who join the throngs of ladies.

I’ve spent the few last years deep in the festival circuit, but if you’ve never been privy to the scene, let me set the stage for you. Thousands of yogis are gathering around mountain tops and beachside resorts. Kombucha is flowing from artisanal wooden taps as the speakers blast Michael Franti and Xavier Rudd. All around you, people are letting the music take them on a journey, their root chakras vibrating on high alert. Suddenly, that guy who caught your third eye across the Palo Santo scented dance floor is asking for your name and all at once you’re imagining holding space for his massive, ahem, energy body.

The chemistry can sweep us away, while we’re in far-off places with far-out vibes. I mean,  who doesn’t want to have a love affair in their glamping yurt?

Here are eight types of men you’ll find raising their kundalini at festivals from the Black Rock playa to the Green Mountain tops of Vermont: 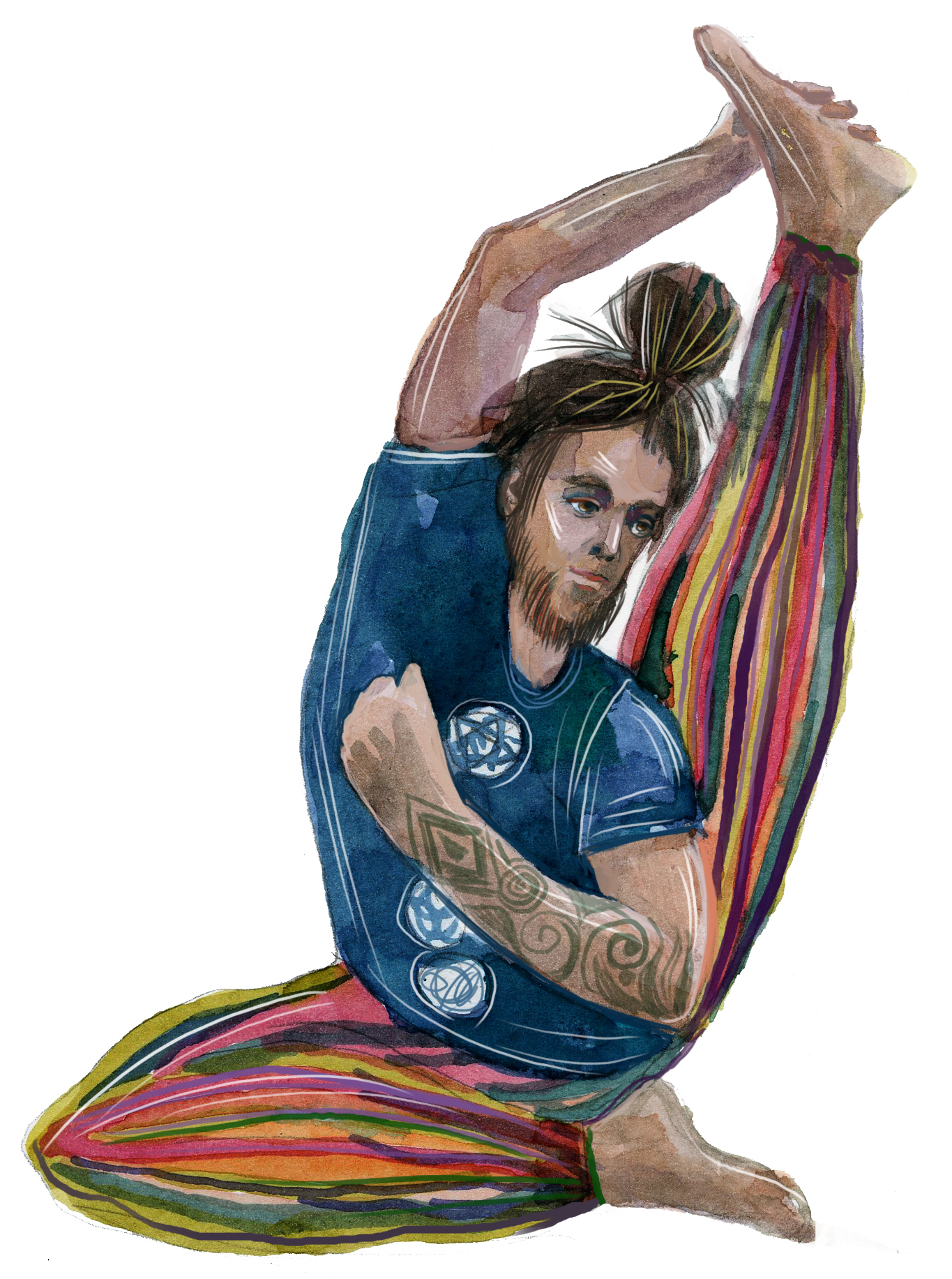 His muscles are rippling like the pranayama breath you’ve been trying to master for the past year. This guy is a 6 am meditator, so don’t expect any early morning romps in the yurt.

He’s a former high school athlete, but an old injury turned his intensity to yoga (Ashtanga, of course!), and he’s more than happy to recall his halcyon days when he drank his own pee and was practicing at 4 am, “the God hour”.

He takes his Mate gourd very seriously and is looking for his primary series partner. Definitely monogamous and won’t mind if you share his tongue scraper. 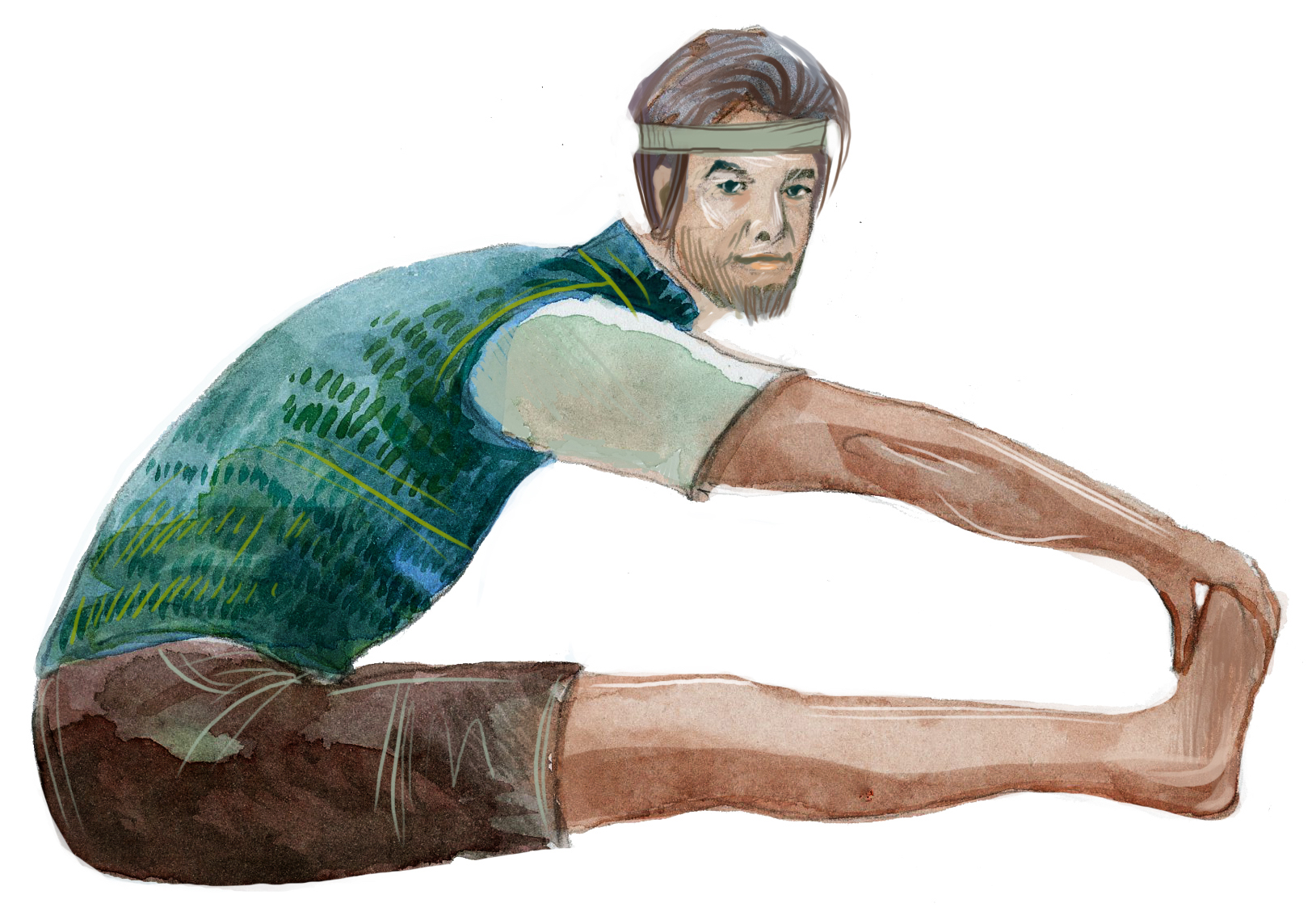 You’ll recognize him by his Patagonia shirt and khakis.

He’s more comfortable on the golf course, but his recent split has him missing his ex-wife, and his therapist told him to try new things.

With his newfound freedom, he wanted to “get out there” and thought a festival would be a great way to move on. He’ll want to take you out for wine and make out a little but mostly talk about his ex-wife. This guy has disposable income, so maybe you can help him invest in some organic cotton sheets, a Vitamix, and a Buddha head for his altar. 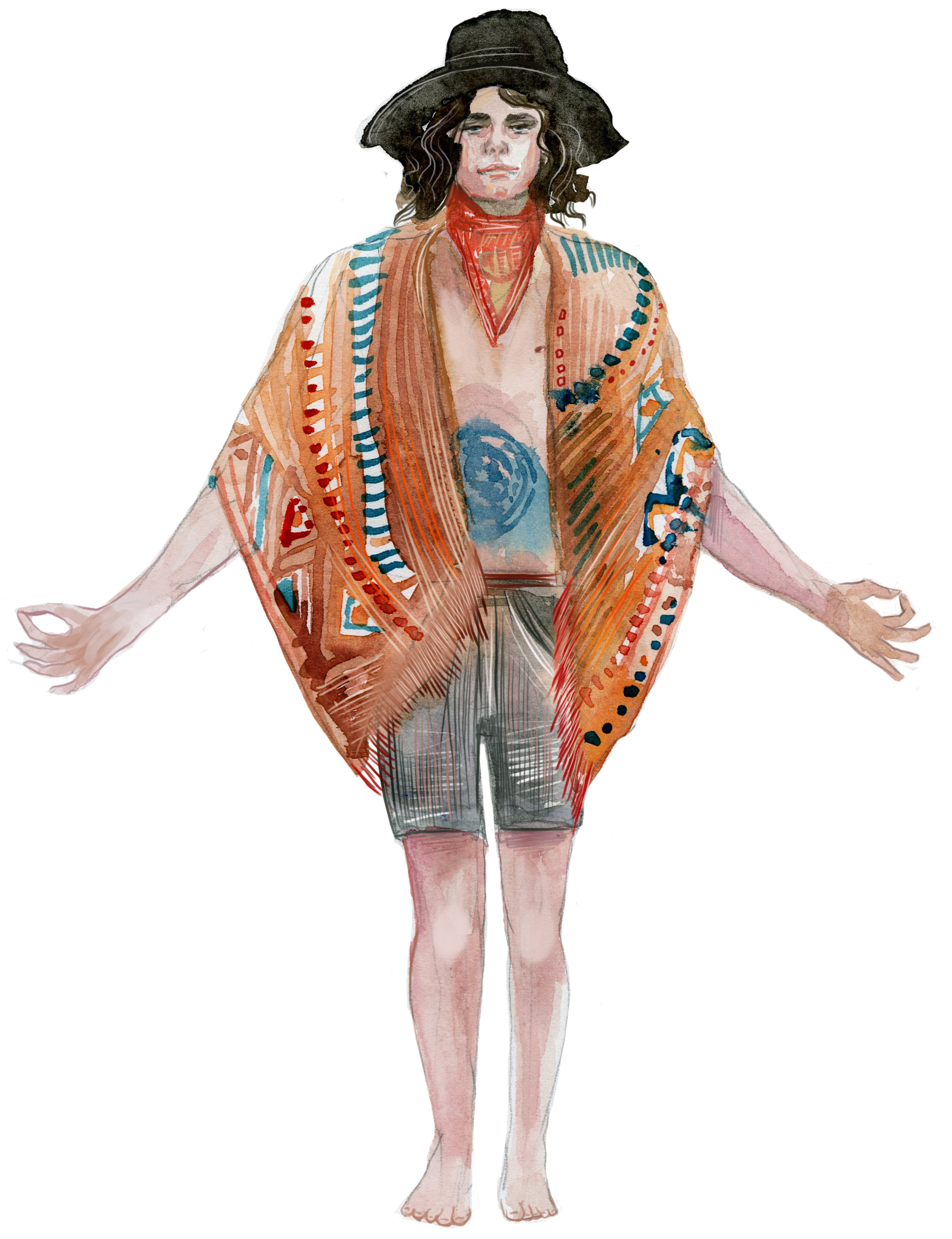 This gypsy man is full of intrigue and acid. Literally. It’s stuck in his fascia, so he occasionally has an unexpected flashback during hot yoga. 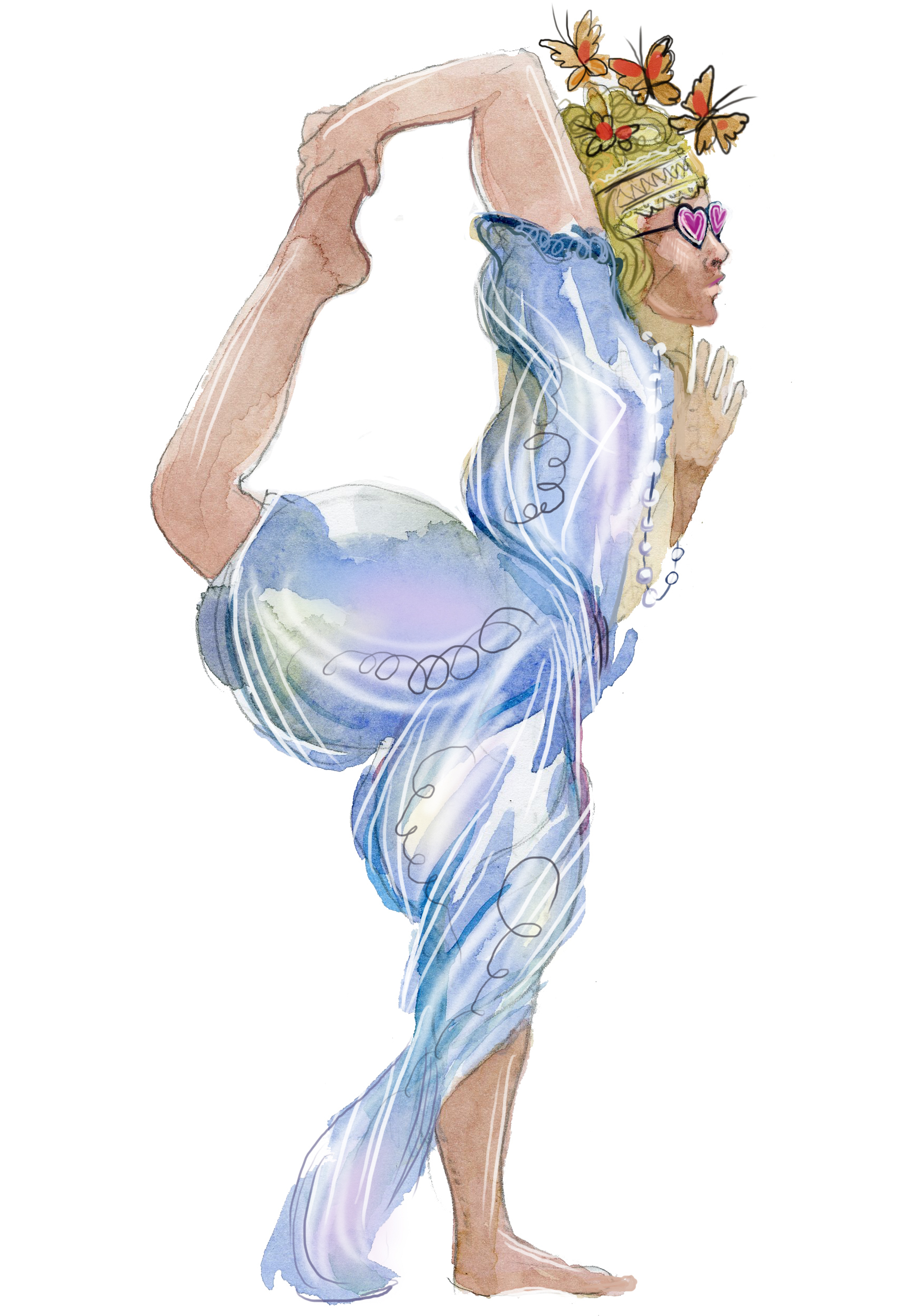 This guy is all raw foods and unicorns. He’s not afraid of his feminine side so watch out or he’ll be wearing your KDeer leggings to his crystal-healing workshop.

Do not expect a relationship from this airy-fairy, he’s way too Vata to be tied down. He’ll bless you with sweet grass before frolicking off into the cosmos. 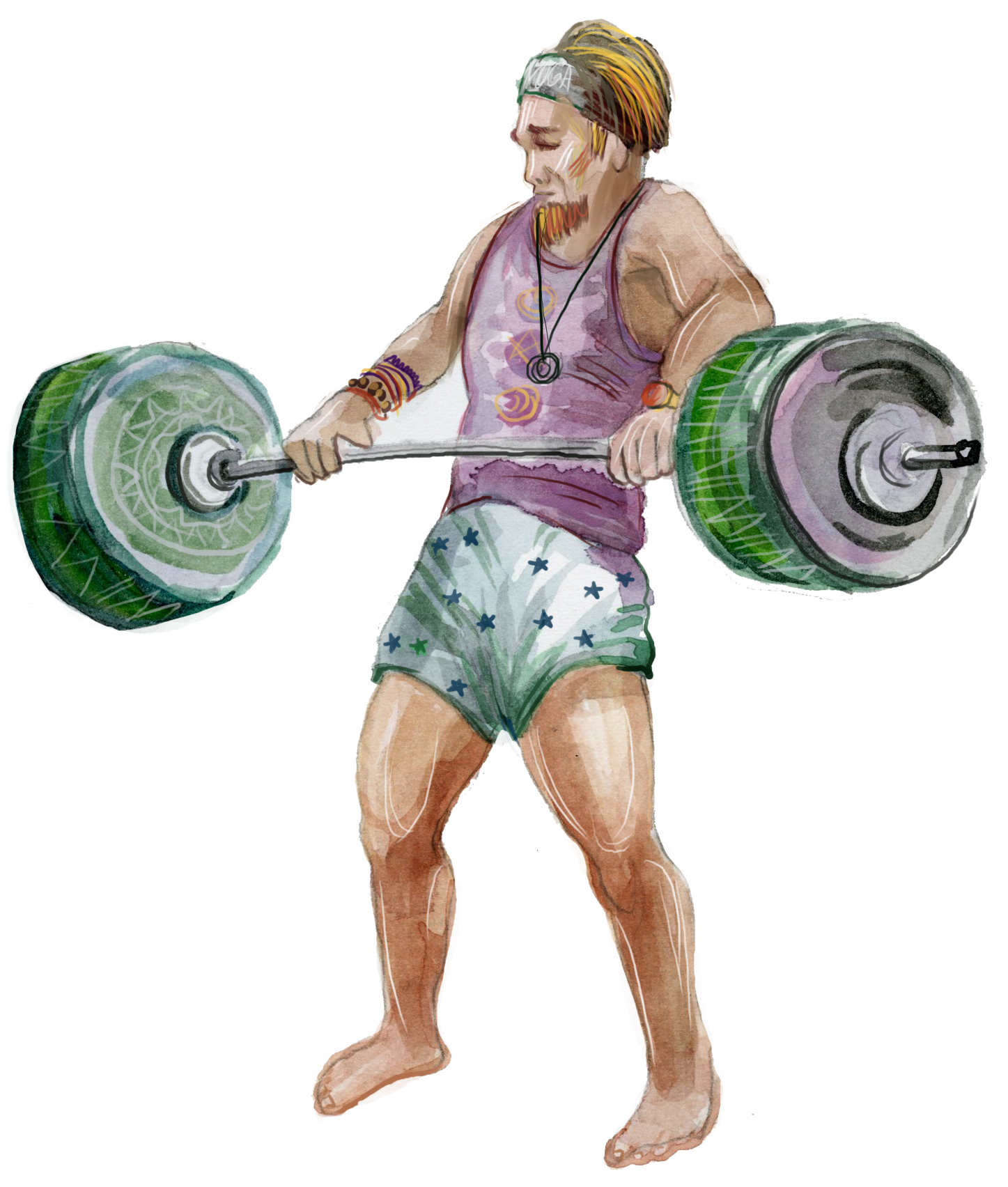 This guy still thinks yoga is all about relaxing, stretching and chanting. He was likely dragged by a female friend and isn’t quite sure what to do with all of the high vibes and affection.

Though, he may be tapped into the latest deadlifting techniques so there’s potential for some awesomely athletic boudoir encounters.

This bohemian man lives life by following his passion. It’s a great quality… until you realize his passions include all of the other female, and some of the male, performers at the festival (all of whom have names like Starbeam, Chakra Light, and Crystal Flame). This troubadour will want to take his time and elevate you to temporary goddess status.

He may forget your name the next day, but when you see his IG showcasing his world travels, you’ll think back to that night and remember the magic with fondness. 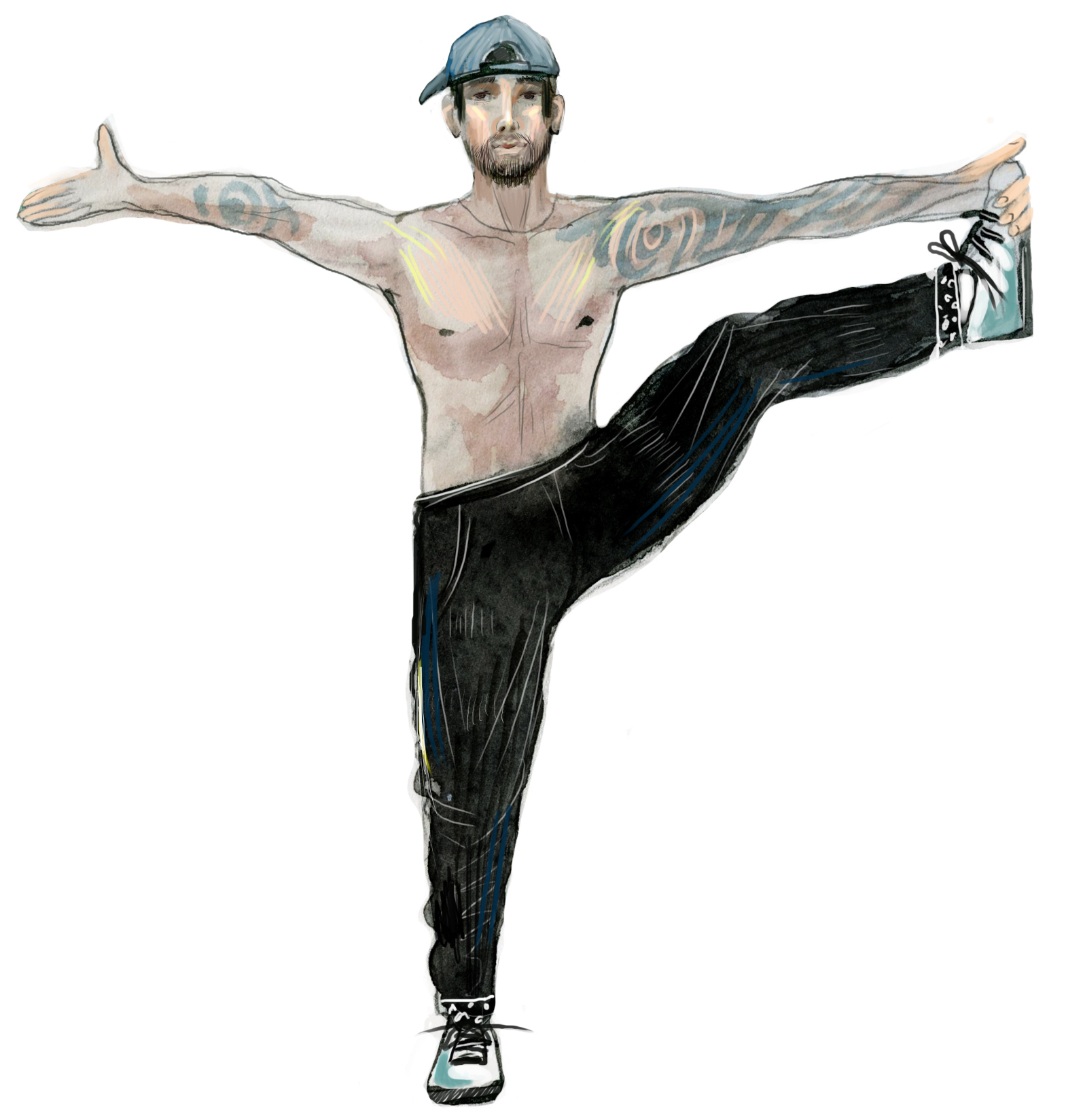 The local yocal will be floored if he’s lucky enough to snag a taste of your proverbial Acaí bowl, but he’s more interested in a bowl of mary-jane.

He’s there because the festival came to his hometown and for a try at that elusive yoga booty, though he’d rather be at a backyard BBQ drinking an IPA. His style hasn’t quite evolved past glowsticks and a backwards baseball cap, but he’s a sweet guy at heart. He’ll show you the local hidden swimming holes, but don’t expect him to bring along organic kale chips (he will, however, have some beef jerky in his car’s glove compartment). 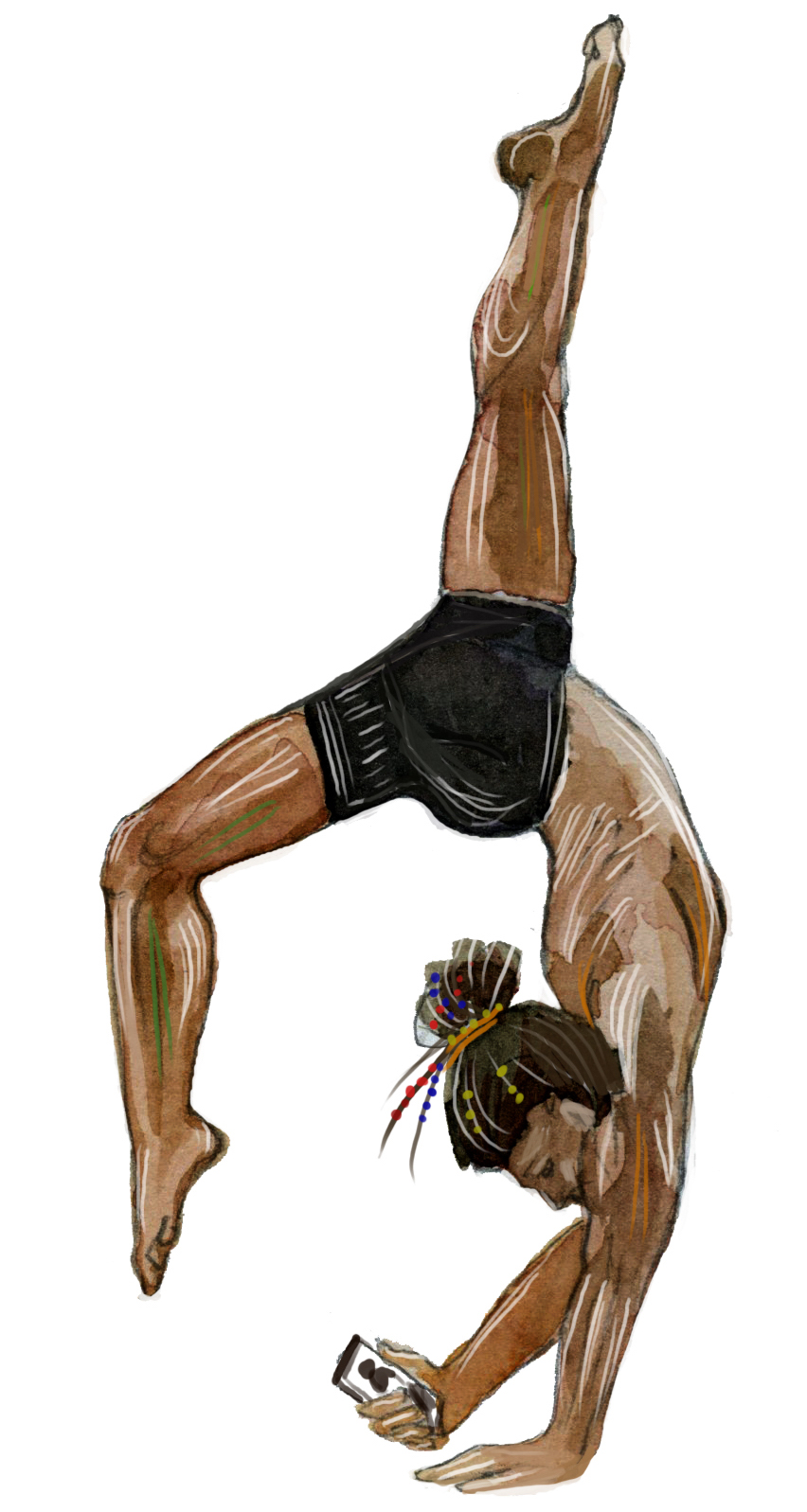 This is a guy who looks good. Really good. At least with a filter and the proper angle, that is. He has the handstand practice and yoga apparel sponsorship to prove it.

He’ll hang out with you, but won’t snap pictures together unless you can float your press handstand or have at least 10k followers.

He’s into using mirrors in the bedroom but don’t be surprised if he reaches over while you’re on top to see how many likes his most recent post is getting.

Having met some version of these men, I urge you to keep an open mind. Whoever your chosen partner is, take your time to get to know them. Some townies are surprisingly open-minded, while some artists are super conservative and unyielding when you get them outside of their immediate comfort zone. Be safe, use protection, and enjoy the kundalini rising.