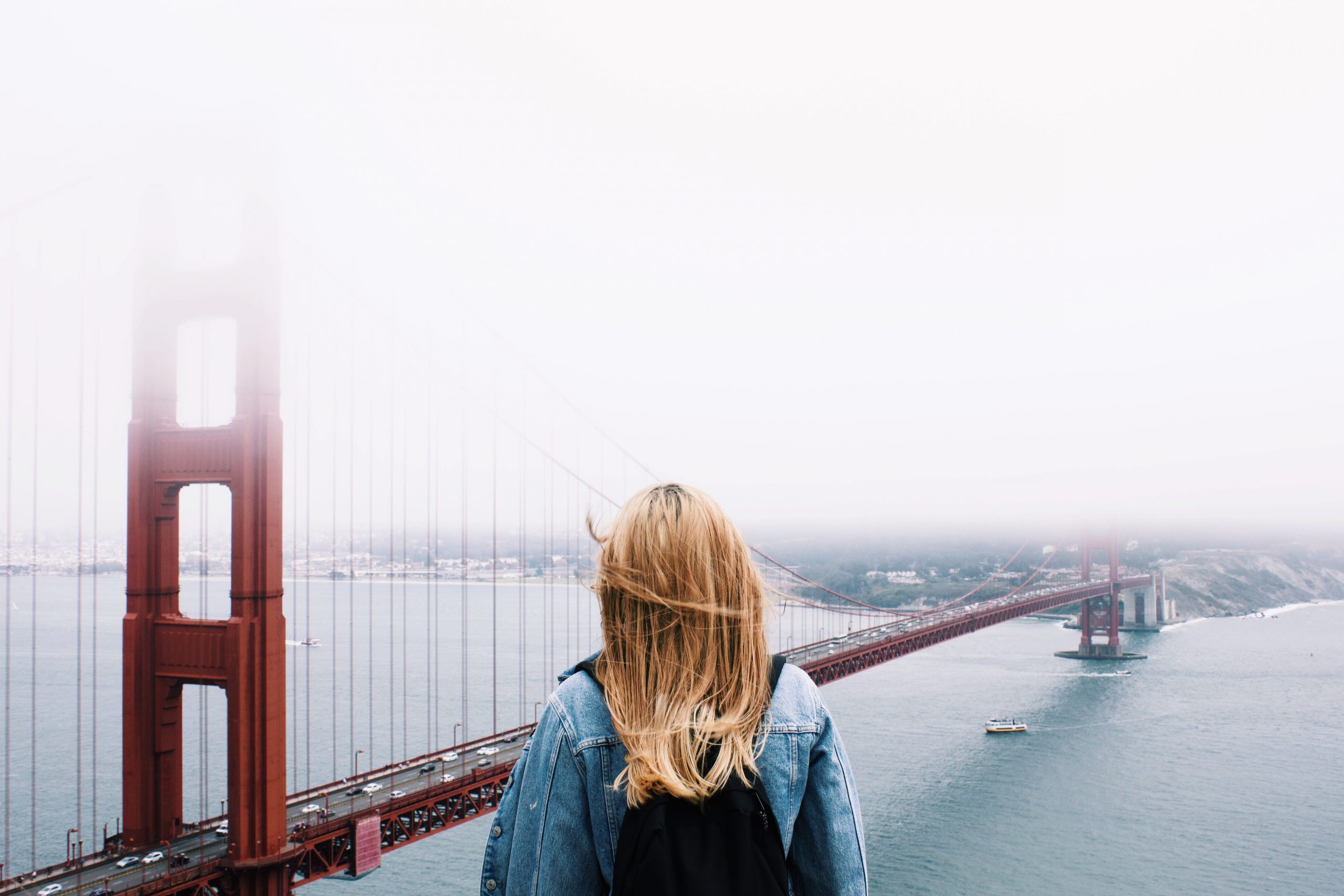 Processed with VSCO with c1 preset

Hawk’s Folly: Studio Reviews & Other Snark From A Migratory Bird of ‘Pray’. Yoga in San Francisco

I am a traveler. Constantly being on the move can make it challenging to maintain a yoga practice. And while I’m an expert at meditating on buses and reciting mantras as I drive, sleeping in strange places often means there’s not enough space or privacy for asana. The privilege of the price, however, is that I get to check out different yoga studios around the world. This is the first in a series of city reviews as I make my way around the Western United States.

People regularly ask me what’s the best kind of yoga for them to do. My stock answer is “the kind you actually do!”

I always encourage beginners to find the yoga studio or community center that’s closest to their house and start there. Going to the studio down the street feels like less of a chore than schlepping across town to size up the hottest new boutique shala.

Following that logic, joining a well-established yoga studio that has branches across the country is another way of ensuring that physical practice happens, particularly when one bounces around as much as I do. I joined Yoga Works in New York City precisely because it was within walking distance of my parents’ place. Since my punch pass allows me to access classes at any one of their 45 nationwide locations, a local branch was a logical place to start my exploration of the San Francisco yoga scene. 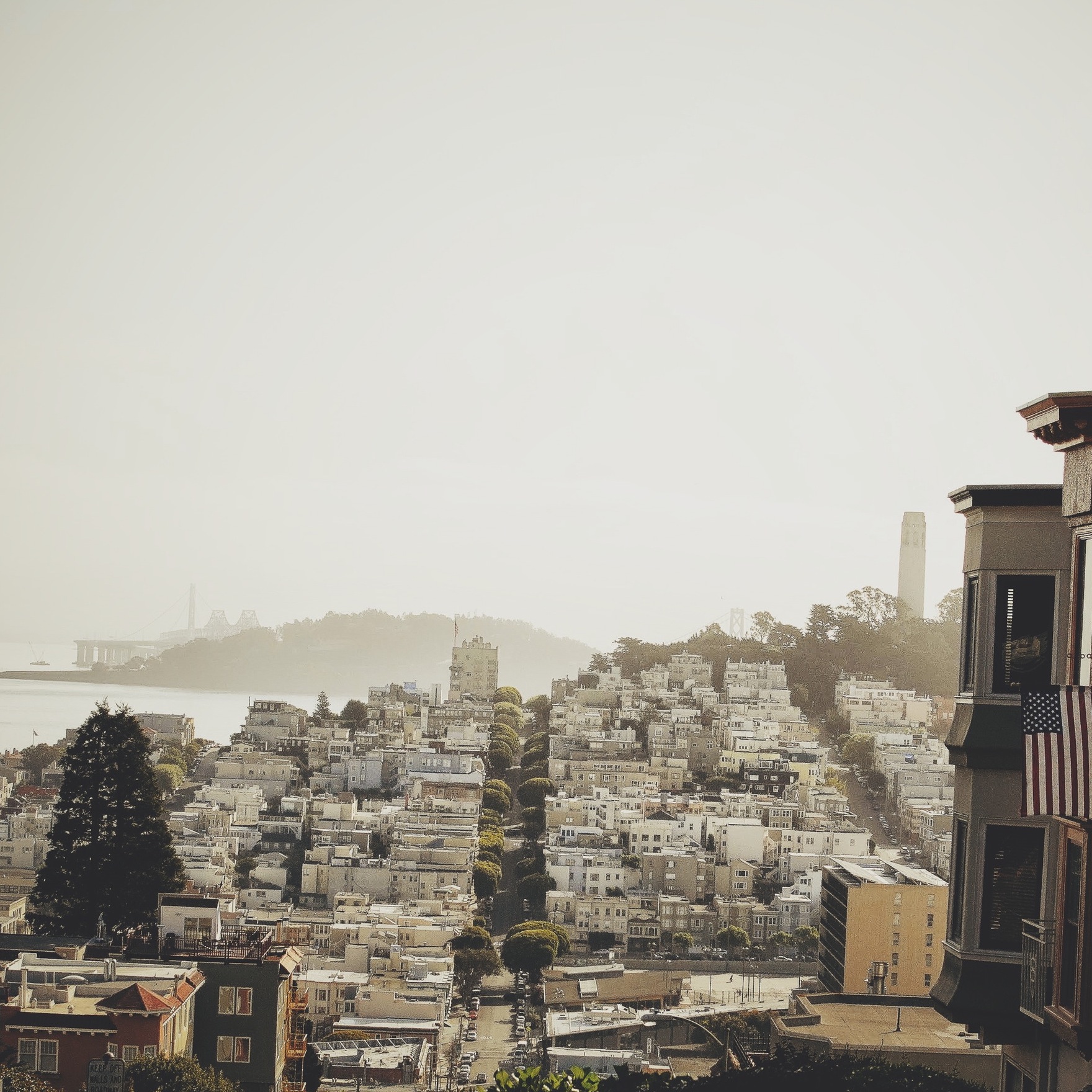 The San Francisco outpost is located in Pacific Heights and housed in a former carriage house. It’s a stunning space, with skylights dotting the sloped roof, whitewashed bricks, and exposed wooden beams. When the previous owners converted it into a yoga studio they sanctified the space by burying crystals in the concrete floor. By city studio standards, it’s quite large. There are two practice rooms that can each easily accommodate twenty to thirty people and space upstairs, formerly an apartment for livery drivers, that is used for privates and pilates. The large central area houses the reception desk, a lovely tea lounge and is ringed with shelves housing the usual schwag.

YogaWorks offers Hatha, Vinyasa, Iyengar, and Restorative, as well as Barre Classes and Pilates. I like to mix it up. I think it keeps one’s personal practice fresher to be exposed to different methods and teaching styles. It’s like ice cream flavors; Vanilla is my clear favorite, but sometimes I want Salted Caramel or Mint Chip or whatever is in season.

I want to sample and have options and not commit myself exclusively (to anything: yoga styles and ice cream flavors, and yes, lovers).

When a studio offers many different types of classes AND is located around the corner from a fantastic bakery, then I’m in heaven. After a gentle class of Level One Hatha, I joined a friend for midday cappuccinos and pastries at b. Patisserie, the Parisian style love child of two Michelin starred chefs (2821 California Street, San Francisco, CA 94114). The class was fine; neither particularly unique or challenging and focused exclusively on movement with little woo-woo. Dessert was better. I basked in warm California sun, savored my pumpkin stuffed almond croissant and relished my milk mustache.

Situated at the intersection of Valencia and 16th Street, the heart of the formerly seedy and sometimes dangerous Mission District, is Love Story Yoga. It’s located in a beloved former by-the-pound vintage clothing store and pretty much sums up the yuppification of the ‘hood.  I happened upon it as I was out shopping. This vibrant neighborhood (that I once called home), teems with hipster bars and restaurants, mid-century modern furniture stores and one of the world’s best retailers for sex toys. Like any self-respecting yogini, I instantly passed judgment and determined that I would hate this place. Which is why I forced myself to go to a Hot Vinyasa class; their only option.

The studio is minimalist chic, decorated in shades of gray. It looks more like a fancy gym than a yoga shala, replete with a changing room with coded lockers (of course mine got stuck), eco-friendly beauty products and Dyson air blade hand dryers. Don’t be mistaken. I am an eco-warrior and I like my shampoo to be harvested under the elven star.

I am also naturally critical when the cost of a drop in class is more than what many people make in an hour (especially all the itinerant workers and homeless people who live on the street right outside).

That said, the class itself wasn’t completely onerous. The teacher was surprisingly good at working notions of spiritual seeking into the hour-long sweat fest (the room was heated to a steamy 95 degrees). He was shirtless and sexy and my mula bandha was receptive to his cues. I truly appreciated his lovely acapella chanting while we were in Savasana. And though dripping uncontrollably while pretzeling myself into ridiculous postures makes me hate the Lululemon bitches even more, I did feel pretty damn accomplished at the end.

Just enough to request extra aioli on my truffle garlic fries at brunch at Mission Beach Cafe (198 Guerrero Street San Francisco, Ca 94103). MBC is part of my gastronomic canon whenever I’m here. I rehydrated with the first glass of rose and the second was the ideal accompaniment to my deliciously gooey hollandaise covered mushroom benedict. It was the perfect post-workout recovery food: protein, fat, and alcohol!

As an antidote to hipster yoga, I hit a community yoga class at Laughing Lotus Yoga Center. All the proceeds of the once weekly class (suggested donation $7), taught by a recent graduate, are given to a charity, which rotates on a monthly basis. October’s charity was the San Francisco/Marin Food Bank, that works to eliminate hunger in the Bay Area. Over 225,000 people annually benefit from their programs, which include home delivery to the elderly and disabled and distribution of healthy snacks to public school children.

The studio itself is rather traditional, painted in bright yellow with frescos of gods and goddesses on the walls and figurines in the altar.  It’s got, for lack of a better way of describing it, good energy. Perhaps it’s because I was there for a class rooted in community service. Or that the image of the lotus, defiantly growing out of the mud, resonates with me. And in spite of the all too familiar rookie mistakes that the teacher humbly fumbled through, I enjoyed the class. It was dynamic but not too fast-paced, with progressive sequencing and the appropriate amount of repetitions. The instructor offered modifications throughout the practice and began and ended by playing harmonium.

After class, I wandered around the corner and treated myself to a scoop of ice cream at Bi-Rite Creamery with the money I’d saved (3692 18th Street San Francisco, CA 94110). Having sampled several seasonal offerings, I settled on Black Sesame. Not too sweet, with delightful crunchy seeds and an unusual but oddly appealing gray color. I took my cOMpostable cup and wooden spoon across the street to Dolores Park, lay down in the grass and looked for lotuses in the clouds.

The final stop on my whirlwind San Francisco tour was Bernal Yoga. Bernal Heights is a lovely neighborhood. It’s just south of the Mission but miles away from the hustle of the barrio. The main drag, Cortland Street, is peppered with charming little cafes and independently owned businesses. The Wild Side West (424 Cortland Street San Francisco, CA 94110) has been a mainstay in the community since 1962 and is the last remaining Lesbian bar in the city, although open to all. (San Francisco does not tolerate HATE!) Bernal Yoga has been family owned and operated since 2002 and had been recommended to me by my former housemate. They offer several styles of yoga, as well as pilates, workshops, and wellness series. An early evening Restorative class seemed ideal after days of heavy lifting (my fork), nights of drinking and miles and miles of urban hiking.

Not surprisingly, the demographic at this class was older and female. The instructor asked us all to introduce ourselves before the start of class and it became abundantly clear that I was in the presence of old school feminists, radical witches, and beautiful dykes. In a room illuminated by fluttering candlelight, she guided us through a slow, contemplative practice aided by abundant use of props. We breathed slowly and stretched deeply. I may have even drifted off into the dreamtime during Viparita Karani (legs up the wall). Afterwards, in the delicious silence that comes from having honored the body and the paused the mind, I wandered back out onto the city streets and headed home. Want for nothing.