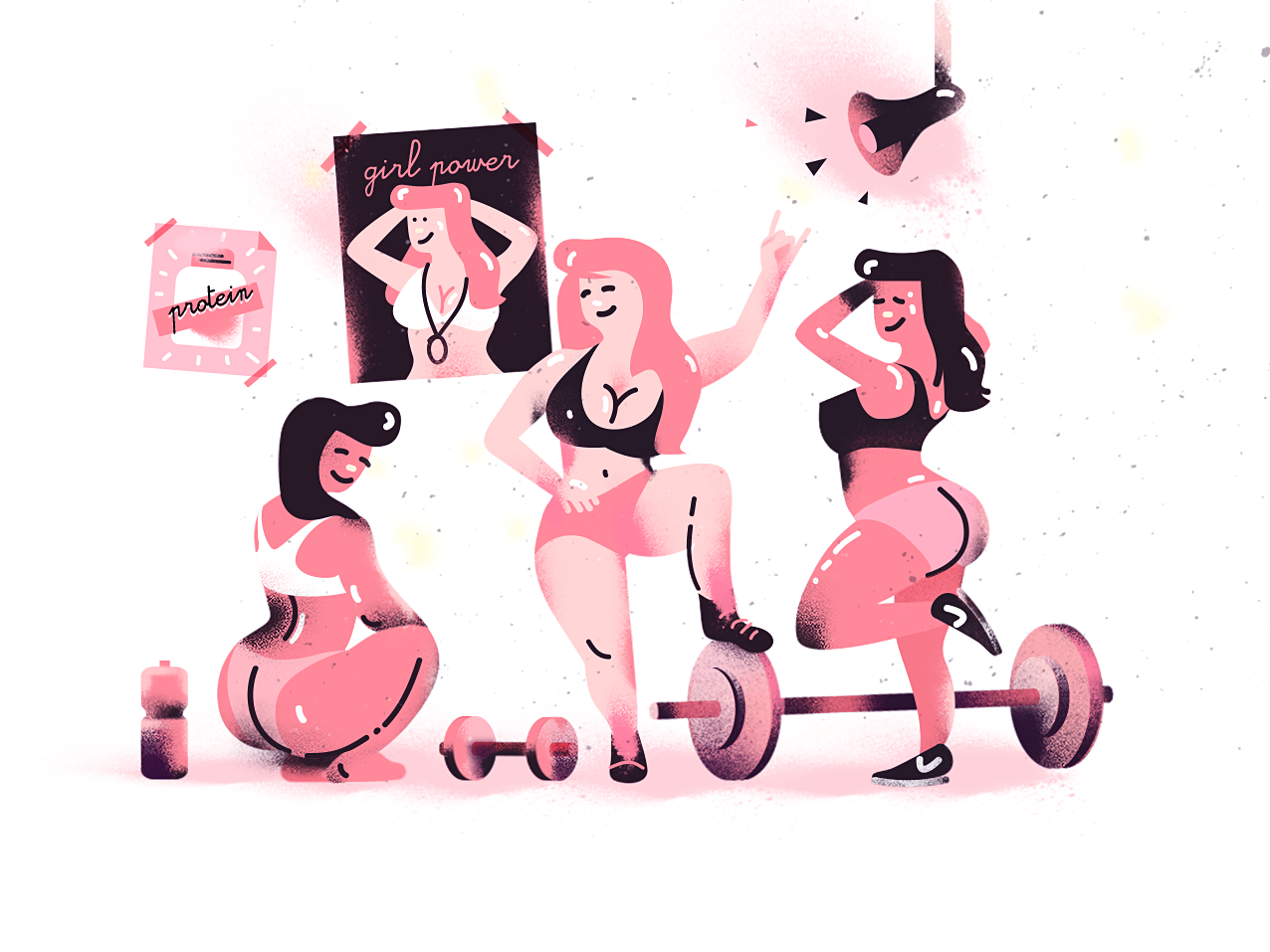 How to Teach Yoga in a Gym

Yoga as a mainstream activity can be nothing but fabulous, yes?  However, if you’ve taught yoga in studios for your entire career and have decided to take up a couple of classes in a gym, you may be surprised by some of the differences.

As someone who teaches cardio kickboxing and strength training/boot camp formats (for real, I came to yoga to heal myself in between fight tournaments), I end up employed at a lot of gyms.

I enjoy the gym atmosphere personally, but I also love the yoga ambiance. Marrying the two can be challenging.

I’ll share some of the challenges I’ve worked through and some of the ways I’ve found to create success.

#1. Gym employment may ease your stress during tax time.

There are pros and cons to teaching yoga in a gym versus a studio. In the United States, especially with the recent tax changes, the most obvious pros are financial.  Gone are the days when 1099s would allow you to write off additional education and items purchased for your job. Other countries are probably luckier in this arena, but in the US, having a few gym jobs with regular W2 forms can really help you out with tax season. (In Chicago, where I live and teach, most studios pay by headcount, but gyms will give you a flat fee, which is nice during an ebb season and the holidays.)

#2. Get creative and keep your mind open

You’ll probably have blocks and straps (hopefully enough for everyone) but consider yourself blessed if you end up in a gym that has bolsters, blankets or any additional props.

I’ve never run across a gym with eye pillows and sandbags, and I do teach restorative. I have had to get creative and make bolsters out of extra cushy mats and blankets or towels.

Adjustable lighting is rare. In some of the big clubs, you may have options for lower brightness, but it’s usually either incredibly dim or all on.  In some smaller gyms, get ready to fight with air conditioning and fluorescent lights.

One of the great things about being in a gym is that you have the opportunity to take a variety of classes outside of just yoga, with instructors who have all come from different backgrounds. You may even find something you’d like to cross into!  Pilates, barre and stretch formats are often complementary to yoga, but you may also discover a previously unknown passion for kickboxing!

#3. Adapt your style when subbing

I recommend taking the yoga classes of the instructors you hope to sub for so you can get an idea of their teaching style. Gym goers can hate on a sub like no other group, and they will let the regular instructor know (or worse, complain to the manager) if they didn’t like your class. You won’t be able to teach exactly like the person you’re subbing for, but you should see how you can adjust your teaching style to make the members happy. Does this instructor flow faster or slower than you?  Do they include a core segment? (If they do, do not skip it, gym goers want core.)

That said, you will find that there are some instructors that you don’t want to sub for unless it’s a dire emergency.

I had an instance in a club where an instructor left, and I was asked to take over some of her classes. It was one of those ‘yoga with weights’ classes, and although I was certified, apparently my style was very different. The manager and I tried to get specifics from the members who were unhappy and eventually we heard that the old instructor “didn’t really talk to us about breathing” and “we worked right up until the end,” so they wanted no breath cues and no savasana. This was something I was not okay with.

I offered up some alternatives; a faster flow, doing weights to music, a shorter savasana, etc. (We really ‘discussed’ the savasana, but I refused to delete it.) We did create something that the members said was better, but eventually, those classes got smaller, and I was replaced. I was okay with it. I had done my best, and in the end, I was no longer enjoying the class.

#4. Be ready to offer options

I have found that most gym people want to move, but you will occasionally see the sweet older lady in the corner who comes at this time because it’s really good for her and she wants to try! I give a ton of options and make sure to say at least every other class that just because I teach a level three, it doesn’t mean you have to go there. Always remind students that it’s okay to step off the mat or go to a wall for balance poses. Unlike in a studio, gym yogis are in a more competitive mindset. You have to let them know that they don’t have to push all the time.

Be compassionate and remember that often this is your student’s only ‘workout’ time in the entire day (or maybe the entire week).

They aren’t going to have the patience for a lot of meditation, no matter how good it may be for them. Gain their trust and give them a vigorous class at first and then once they know and trust you, you can start sneaking in moments of meditation.

Always explain what you’re doing and if you do throw something new in, chat with them afterward and see how they felt.  If they didn’t express love for it, don’t make it a regular thing. (Obviously, if the class is titled ‘gentle’ or ‘restorative’ or ‘beginner’ it doesn’t need to be vigorous, but let them know what they’re in for. I always have to explain that restorative isn’t ‘finding a really deep stretch’ to my new gym students.)

#5. Be flexible with time

You will have people who come in late, and you will have people who walk out early.  Remind yourself that it’s better for them to have some yoga in their life than no yoga at all and smile and wave.  Above all, don’t take it personally. I always encourage students who need to leave early to do their Savasana before they go. Some do, some don’t. I will still start and end on time.

Speaking of that, gym goers often don’t have the patience for a decent length savasana. I had to teach a savasana ‘how to’ in one class because everyone sat up after thirty seconds and looked at me. One trick I do have to make people stay for a longer savasana is essential oil. If it’s a large class and they know you’re coming around with the oil, they will chill for it. I also encourage towels or clothing over the eyes.

Always, always, ask permission before adjusting at the beginning of class and give them an out if you do come around with lavender (or any other oil). Some people are topically allergic to it, and some people just find it to be too much.

In a gym setting sometimes people don’t know how to receive adjustments, and often they think they’re doing something really wrong if you adjust them.

You’ll also get people who have an injury, but don’t want to say anything and will get upset if you adjust them. Give them an out and let them know it won’t hurt your feelings if they don’t want to be touched.

Overall, teaching in gyms can be incredibly fulfilling.

You’re bringing yoga to people who truly need it!  People who are sore, who push themselves, whose minds are always going.

They need this chance to slow down, move their bodies differently, and breathe. Be patient with them and realize that this is your opportunity to bring yoga to someone new.  The best thing about gym goers is that if they fall in love with your class, they will bring their friends! 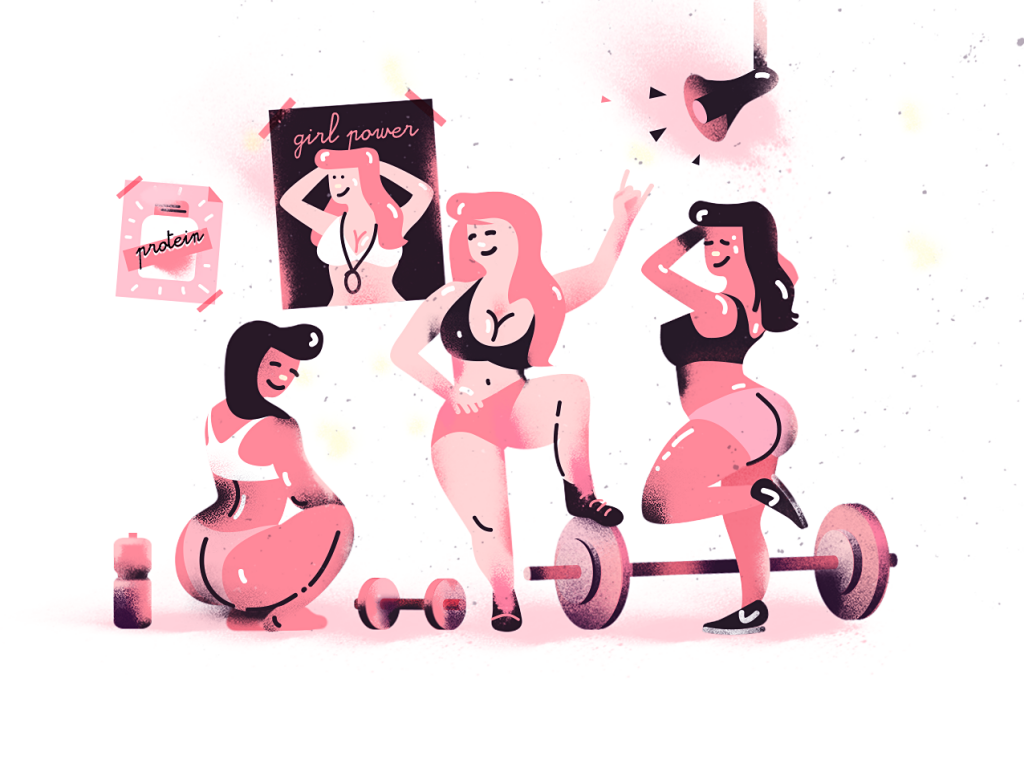