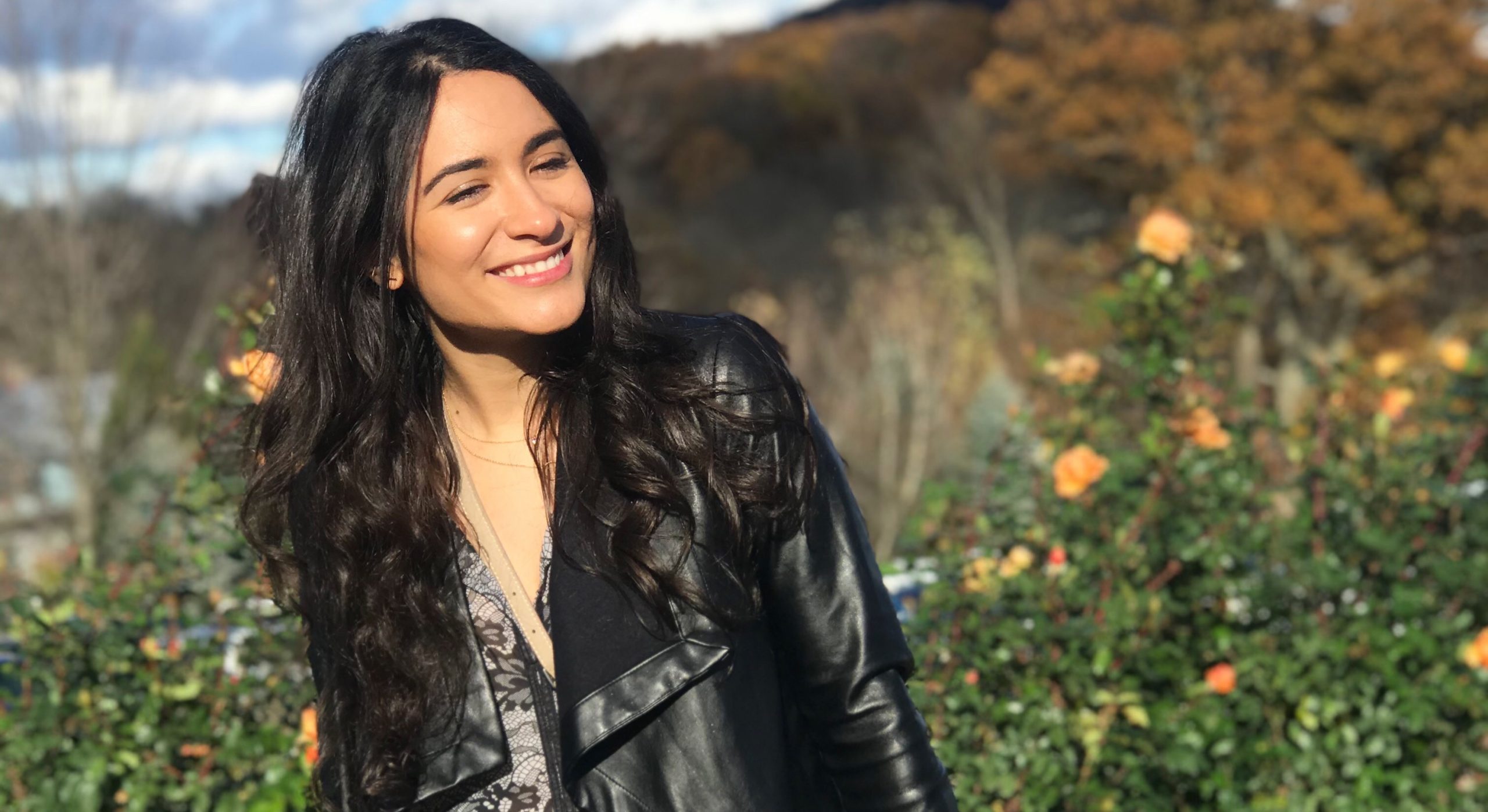 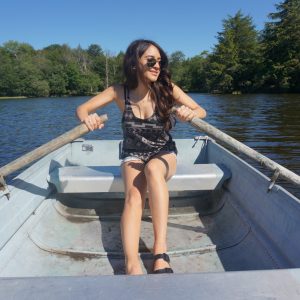 We were delighted to interview Nicole, the observation-ist & artist behind @scribblesbynicole! Read the interview to learn about the positive impact social media can have on your confidence, creativity, and personal growth. Nicole also shares insightful thoughts on where she draws inspiration from. Read on!

What was your life goal when you were 10?

A few years ago, my 4th-grade teacher mailed me a letter that I had written to myself in the 2nd grade and apparently I had wanted to be a “scientist/actress.”  I was quite indecisive, even then. 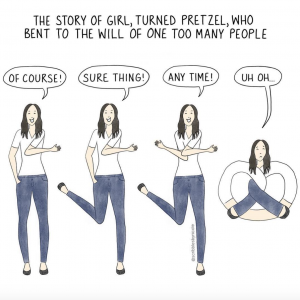 What are some of the choices you’ve made that made you who you are?

I suppose all my choices, no matter how insignificant they seemed at the time, had a hand in making me who I am today. The choice to start creating illustrations and post them to Instagram though has been more significant than I ever imagined it would be. It’s helped me tremendously in finding a creative voice. 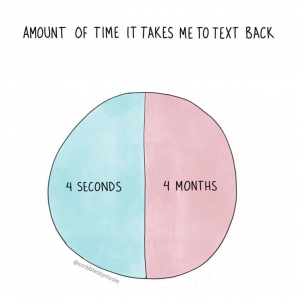 Like I just mentioned, it’s recently had an unexpectedly significant role. About two years ago, I started my Instagram account anonymously as a way to express myself in ways that I didn’t necessarily feel confident enough to do in real life. I know social media tends to get a bad rap, precisely because you can hide behind an anonymous handle, but personally, I’m not sure I would have started without the element of anonymity. It’s funny because it’s only recently that I realized just how much of an impact starting my Instagram has had on my ‘real life.’ Most significantly I think is that it’s given me some much-needed confidence to feel more comfortable being myself. 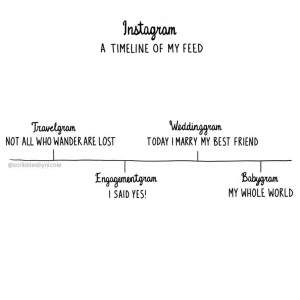 What would constitute a “perfect” day for you?

It would definitely start out with cuddles from my dog Stanley. Outside of that, it’s difficult to say because my perfect day would, by definition, be charmingly unpredictable. I suspect good coffee would be involved though. 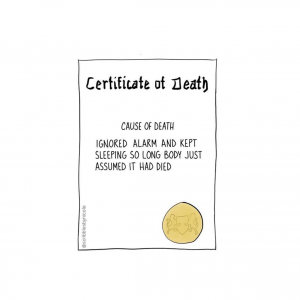 What is your guiltiest pleasure?

Starting a show and not stopping until the series is over and I feel like death. 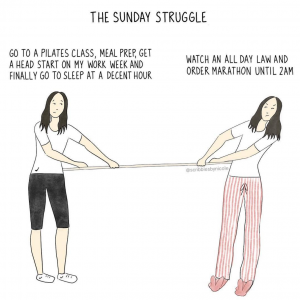 What does it mean to be an adult? Do we ever truly grow up?

A big part of being an adult is taking responsibility for your actions, which not only means owning them but continuously learning from them. So no, I don’t think we ever stop growing, especially as adults. 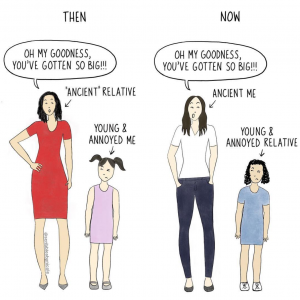 In the moments of self-doubt or adversity, how do you reconnect with your purpose?

When things are not going my way and everything seems hard and awful I remind myself of specific times in my past when things were actually really good. It helps me remember that even though I may be in a tough place now, it won’t stay that way. And it gives me something mysterious to look forward to 🙂 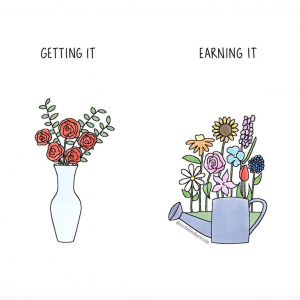 Where is your favourite place in the world and what makes it so special?

My condo actually. I felt displaced and out of sorts for a long time so making a home for myself over these past 3 years has meant everything to me. 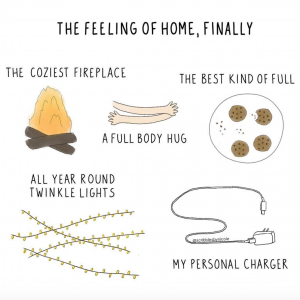 Is there something that you’ve dreamed of doing for a long time? Why haven’t you done it?

I’ve always wanted to write and publish a book… or an essay… or even an article. As for what’s stopping me, probably a mix of imposter syndrome, fear of rejection, overthinking and just generally being my own worst critic. I’m starting to work through that though 🙂 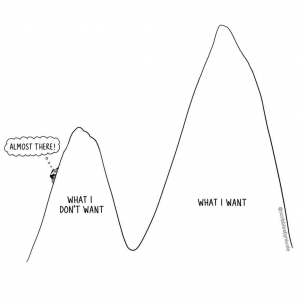 What is the greatest accomplishment of your life?

TBD? I don’t think I can point to one grandiose thing that I’ve accomplished. But I’m proud of and grateful for all the things in my life that I’ve overcome, particularly because I’ve been able to come out the other side without feeling jaded or resentful. 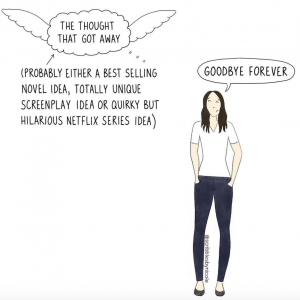 What is your no-fail go-to when you need inspiration or to get out of a creative rut?

I wouldn’t say no fail because inspiration, for me, can be quite unpredictable. That said, inspiration tends to come from just living life or observing life being lived and my art comes from reflecting on that. One specific thing I like to do is go for a drive by myself, ideally on a sunny day, with no particular destination in mind. That always puts me in a good mood and usually stirs something up for me. It’s this tiny space where I can be alone and blast music or listen to a podcast or have full-blown conversations with myself under the guise of bluetooth without fear of judgement from my neighbors. 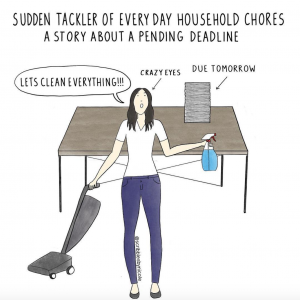 What lightens you up/excites you? (a project to work on, booking a plane ticket, meeting new people, etc.)

I love just having a good conversation with someone, whether that be a friend or a stranger. And if they’re funny, all the better.

I also get really excited every time I come up with a cartoon idea; the process of fleshing it out is my favorite part. Sometimes it can be frustrating because I’ll end up hitting a wall and have to revisit it a few days later to make sense of the idea, but no matter how it unfolds, it’s just really rewarding to me.

What does the world need more of? Less of?

The world needs much more empathy. And much less judgment. 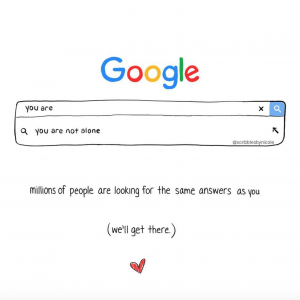 If you could invite anyone in the world to dinner, who would it be?

I feel like this is the kind of question I should have a go-to answer for…but I don’t. That said, going out to dinner should be fun and I think going out to dinner with Jerry Seinfeld would be super fun. I’ve been binging on Comedians in Cars Getting Coffee recently and he just seems really easy to talk to. I Iove the way he puts people at ease while casually drawing out their own uniquely funny selves. He’s also a hilarious comedic genius himself and has the best observations and insights.

A book or a film that transformed your life?

As cliche as this may sound, the first book that really affected me (and consequently made me realize how transformative books can actually be) was Catcher in the Rye. I remember reading it as a confused 14-year-old girl who was trying to navigate through the complexities of growing up and relating to Holden so much. His struggle to become his own authentic self, his disgust with all the phoniness around him, his admiration, bordering on obsession with the innocence of childhood. All of it made my angsty 14-year-old self feel heard!