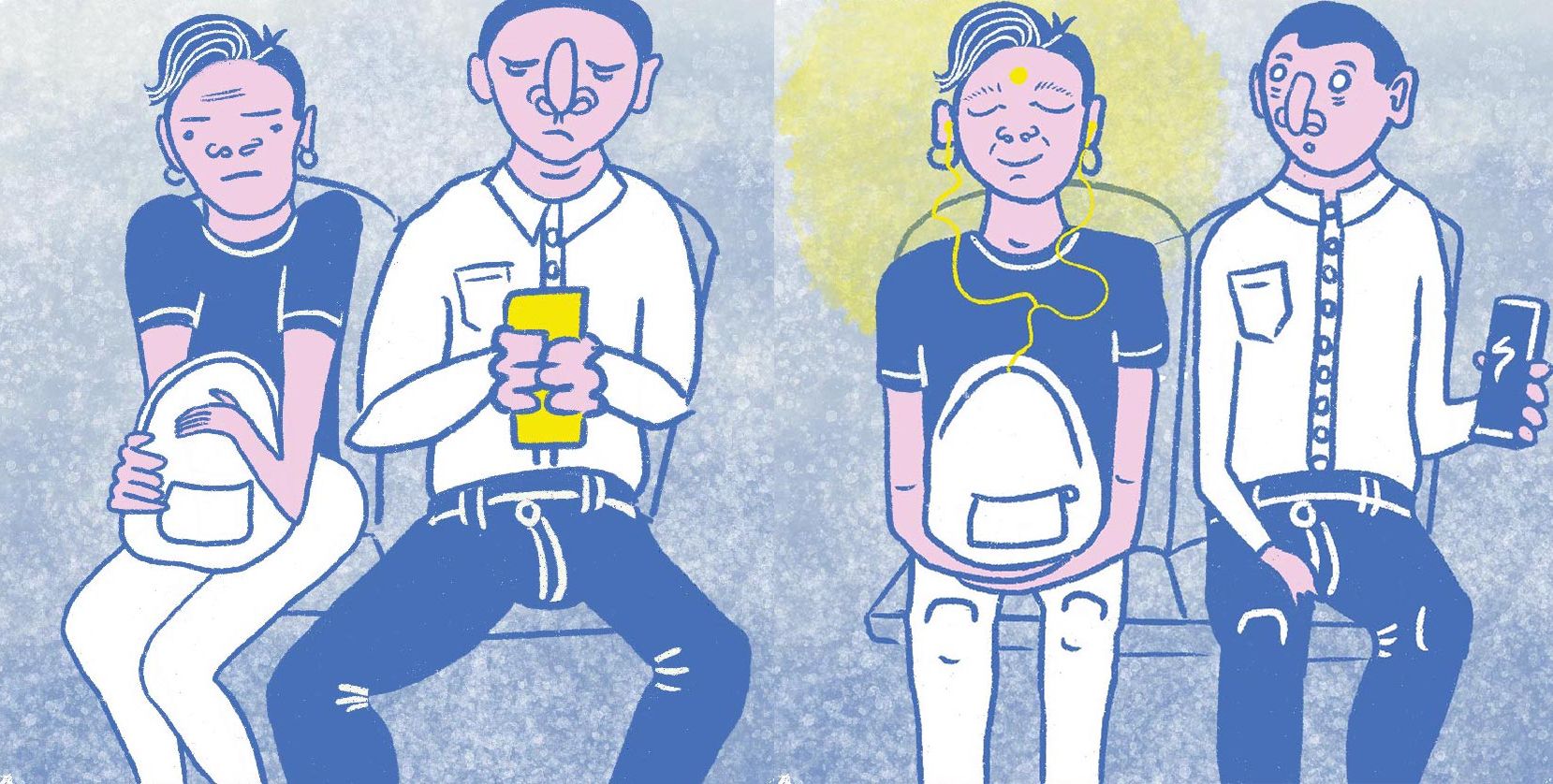 The Unexpected Benefits of Meditation

There’s more and more research to prove that meditation is good for your mental health. It increases awareness, clarity, compassion, mental resilience, and satisfaction with life. It can also ease depression, anxiety, and pain-related stress, and all of this is really good for the body, too. But the more I meditate, the more I find hidden and surprising reasons to keep doing it. 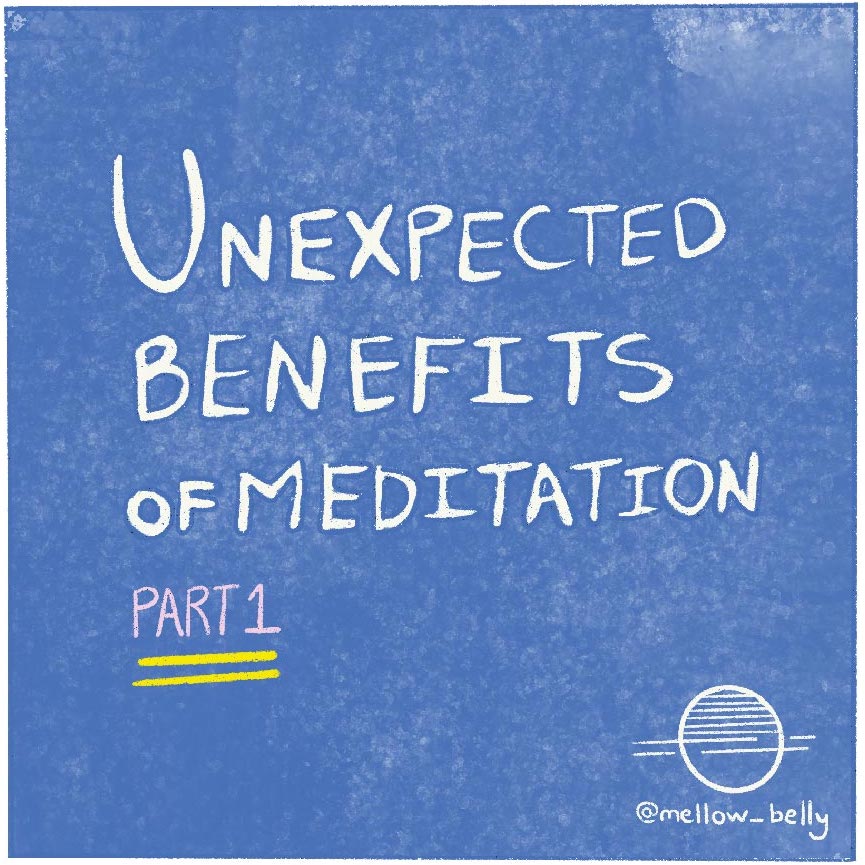 It all started with public transport. Before lockdown, my commute to work every morning on Cape Town’s MyCiti bus took me an hour. I was spending two hours a day getting from A to B and back again. The frenetic pace was starting to take a toll on my nervous system, so I began to listen to guided meditations on the bus.

Little did I know I would tap into a super-power: the ability to combat the dreaded man-spread without saying a single word… 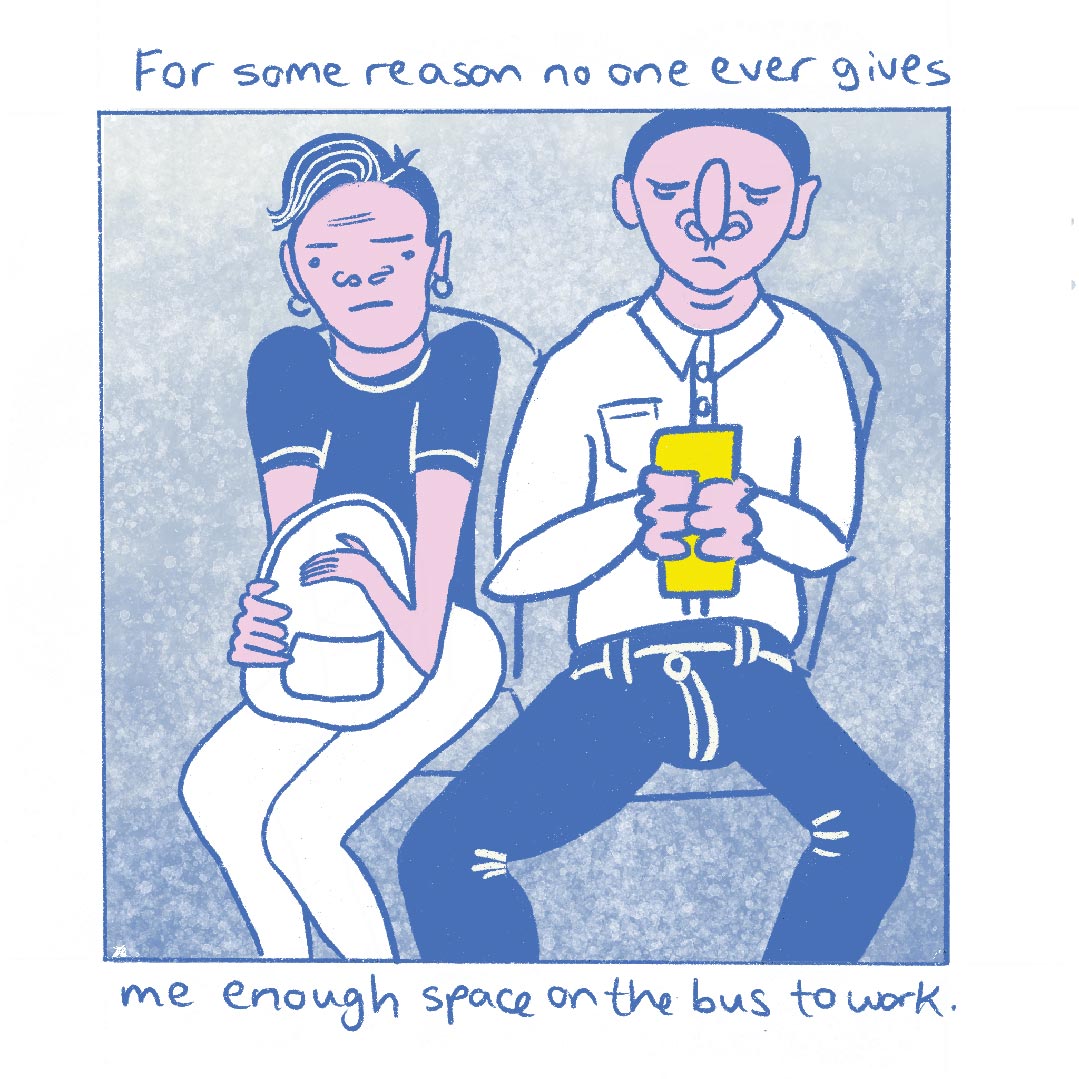 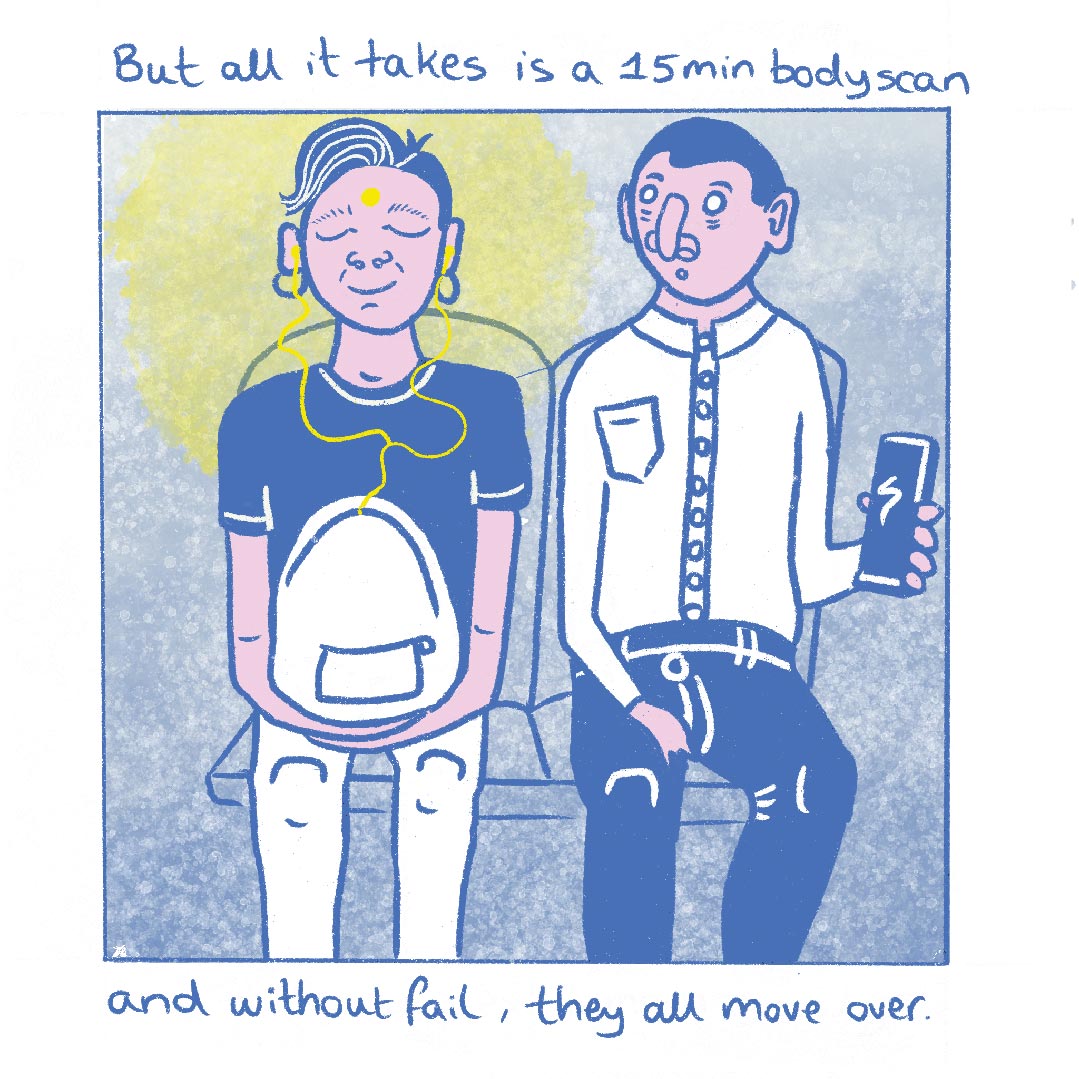 It reminds me of something John Berger wrote in Ways of Seeing:

“A man’s presence is dependent upon the promise of power which he embodies. If the promise is large and credible, his presence is striking. If it is small or incredible, he is found to have little presence. The promised power may be moral, physical, temperamental, economic, social, sexual – but its object is always exterior to the man. A man’s presence suggests what he is capable of doing to you or for you.”

We often talk about meditation making you present, but it also affects your presence. The more I grounded down into my body, the more I began to naturally take up space. The quality of my presence shifted, and so did my space-guzzling neighbours. 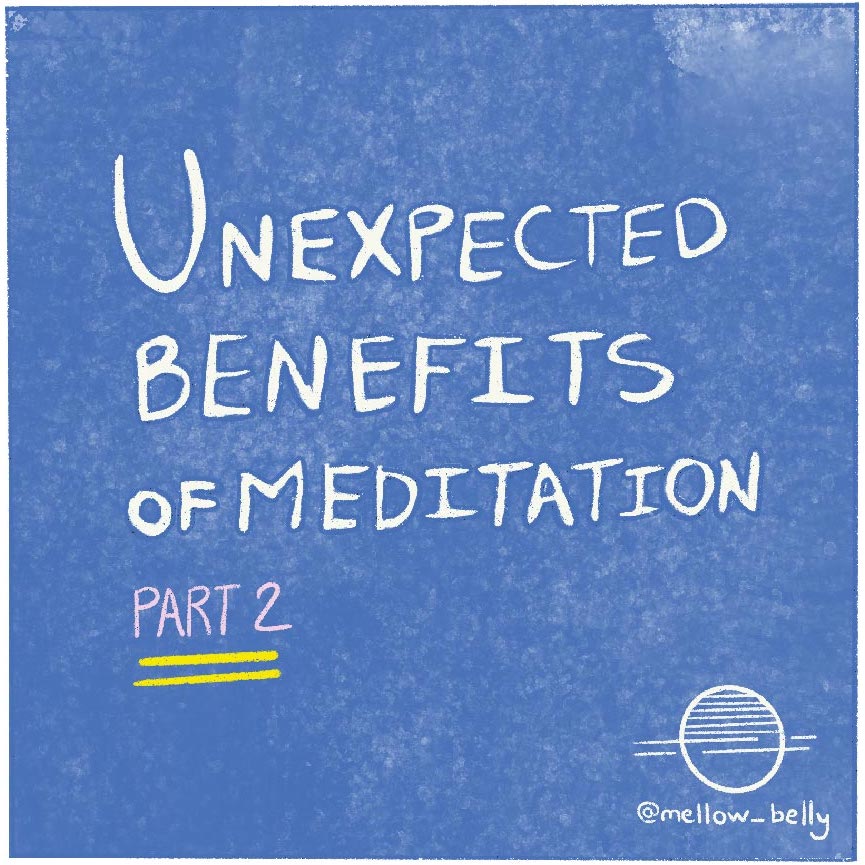 It turns out I’m not the only one to benefit from this change in the quality of my presence. My sister is a fur-mum to a sausage dog named Dizzy. He’s a very sweet-natured and needy little guy. Like most dogs, he doesn’t like to be far from The Pack. On a recent visit to the small French town where my parents and sister live, I got into the habit of roping my mum into a daily guided meditation in the warmth of her sunny office. Dizzy would often wander into the room before a session. Being the anxious thing that he is, I fully expected him to be a nuisance by clambering on our laps or nagging us for a walk, but the atmosphere in the room must have worked its magic, because, without fail, he’d curl up in his basket and doze off. 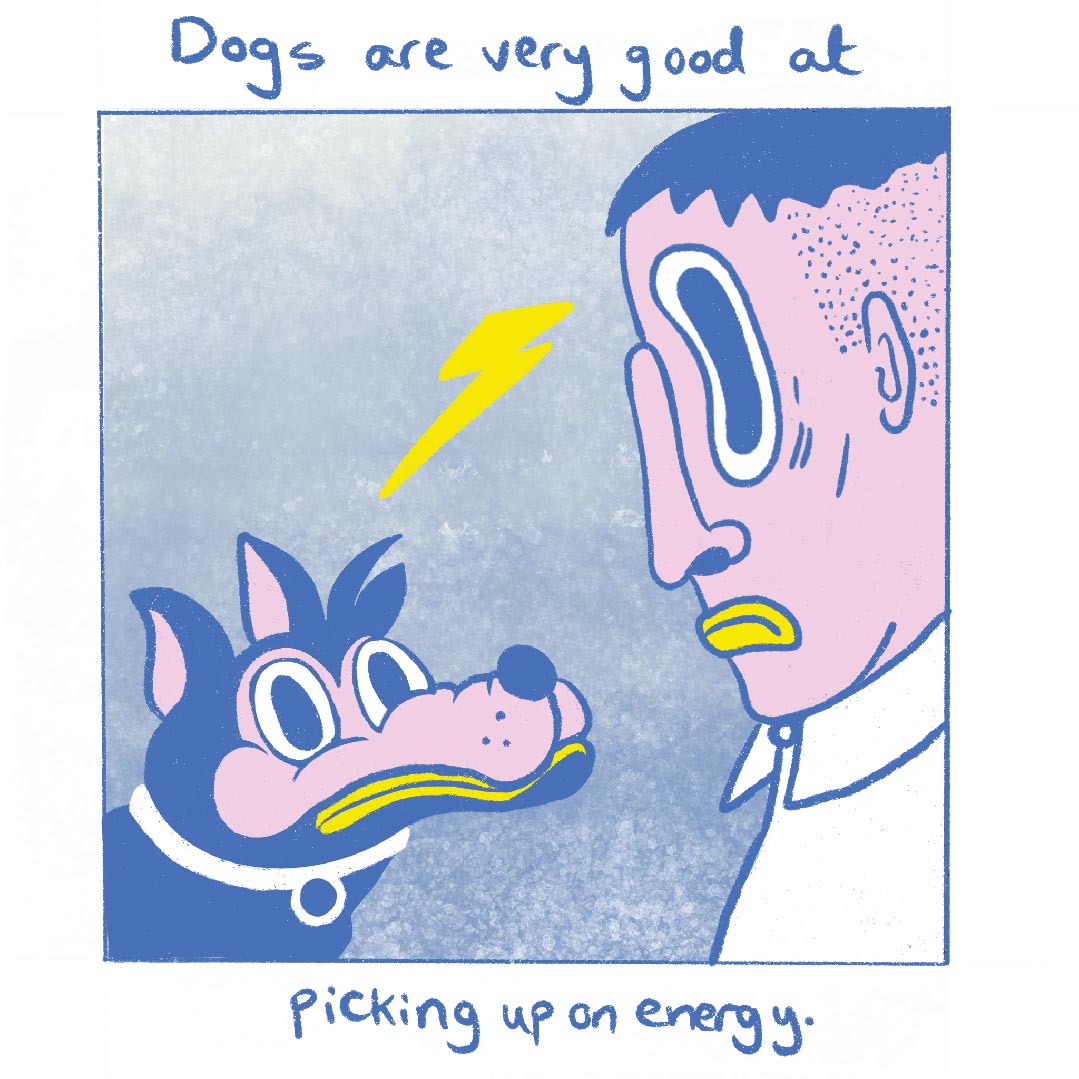 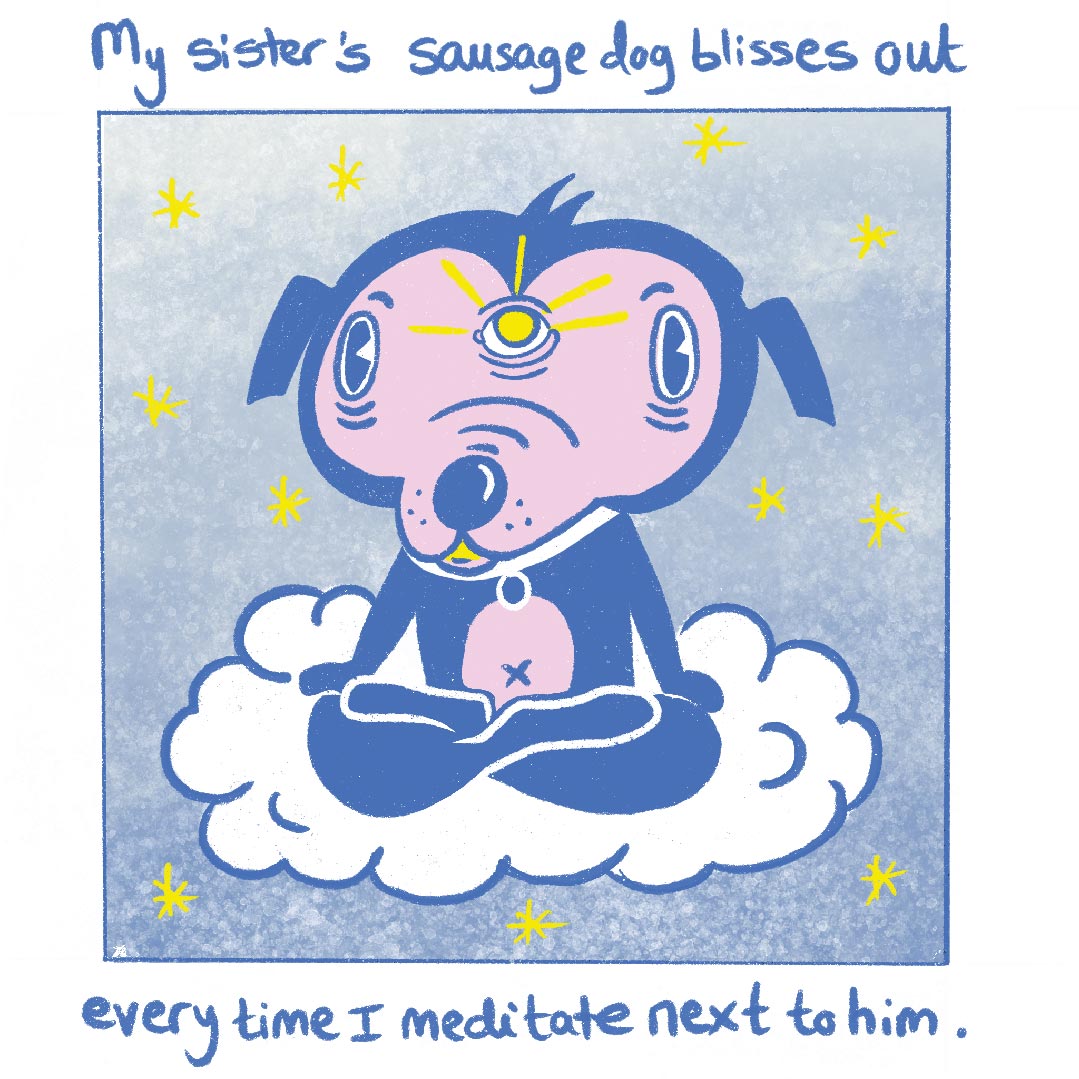 It’s all a reminder that the way we are in the world impacts those around us — both animals and humans! By taking care of my own well-being, I can, in turn, keep an excess of yang energy in check and ease the anxious.

Perhaps the greatest unexpected benefit of meditation is that working on my own calm assertive energy is good for everyone else, too. If I still dread the thought of a long daily commute on public transport, it’s less because of unspoken battles for personal space and more because I’ve become unaccustomed to the company of strangers – this being South Africa’s day 475 of lockdown.