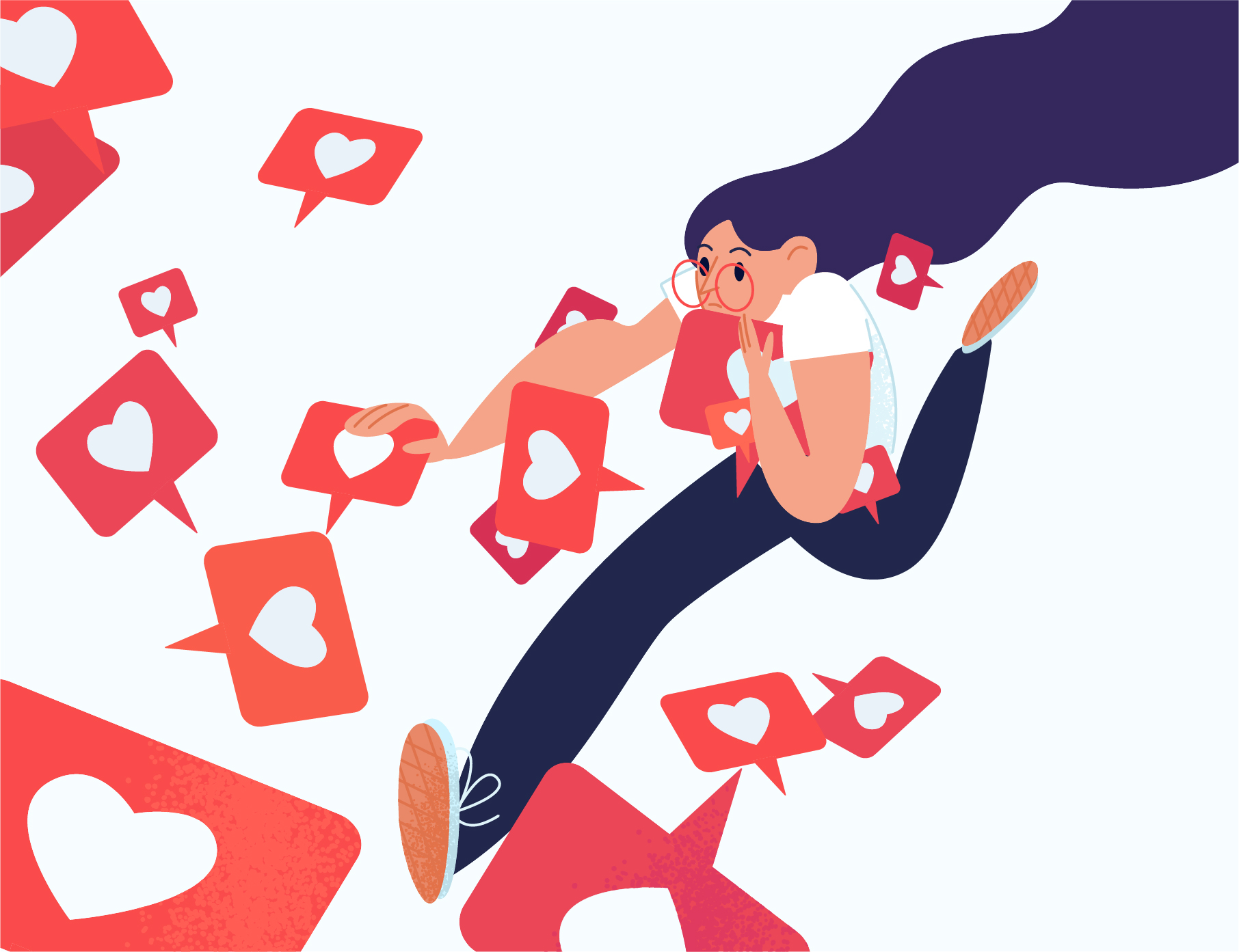 Staying Real in a World of InstaFakes

When I started my Instagram in 2015, my account was small. My followers were mostly my friends, and I wasn’t too worried about the aesthetics of it all. About halfway through my teacher training, I converted my account to a business one and started engaging more with the various yoga hashtags. Followers came, but slowly, slowly, s-l-o-w-l-y.

At this time, I really took note of the massive amount of yoga teachers with thousands and thousands of followers. I had never heard of them, and their posts had very little engagement. I started to get generic comments – ‘love this!’, ‘looks great!’ or the constant lone heart emojis left under my posts from people I’d never heard of. I started to get direct messages from accounts offering me a world of ‘fast results’ for my ‘brilliant content that deserves a bigger audience.’

After a few months of these posts and comments, I was getting to the point of stress about increasing my follower count. Was this really something I needed to worry about?

Should I also be some sort of Instagram star? Could I get to that point? How were some of these people getting so many followers so quickly? What was I doing wrong? It took me a while to realise something vital: this wasn’t what I’d started yoga for, and it had nothing to do with my teaching at all.

Instagram wasn’t a thing we learned about on my teacher training. We learned about asana and philosophy, yamas, niyamas and anatomy, and I assume most other teachers had similar experiences. Among all these lessons, we were taught about non-attachment, contentment with what we have, and living the most genuine life possible.

The more I thought about it, the more I felt that most social networks stand in direct contravention to those principles. Of course, living in a competitive urban atmosphere, yoga teachers need something to get the word out about classes and retreats, that’s just the reality of the way we live now. But it’s time to put a stop to measuring our success against post likes and comments.

As the years have passed, I’ve come to the conclusion that Instagram has good points, but it also has problems. Of course, you can use it to make connections and try new poses, share lovely photos and inspiring messages.

But if you find yourself obsessing about follower numbers and likes, studying hashtags and checking your phone every few minutes for engagement updates, I think it’s time to admit that the platform is getting in the way of your wellbeing. It might even be hitting your mental health.

If you think I sound ridiculous, try deleting the Instagram app for a day and see how you fare; I know I’d find it pretty hard so my guess is others would, too.

It’s easy to become bogged down in the beauty of perfectly photographed poses and loquacious captions; it’s even easier to become convinced that those things are real, and feel that your own life is seriously flawed by comparison. You deserve better, so here’s the cold truth: much of what you see on Instagram is fake.

Photoshop is a constant companion for bloggers in all genres and has surged to problematic proportions in both the fashion and fitness worlds. Entire photoshoots are set up to create just a handful of perfect posts, and Instagram rarely shows the real struggles of a person’s life behind the selfie. Comparing myself to a fake will never make me feel better. No matter how hard I try, I’ll never be a photoshopped model in my real life. I can never live that fake perfection. But even though I can see the falsity and recognise it, my head still starts the comparison game, and that feels like a sucker punch to the belly each time.

Of course, ‘faking it’ goes a lot further than just photoshop. Influencer marketing is now worth over a billion dollars. So-called ‘influencers’ are hired by brands to advertise their products to the influencer’s audience. As a concept, it has become the norm: bigger accounts are paid for promoting fitness clothes, vegan foods, and fancy swag, touting to their thousands of followers with every post. There are influencer marketing companies and agencies, working in all genres and with hundreds of brands, from the obvious to the obscure.

Given the earning potential behind some of these brand deals, I query whether integrity alone is enough to regulate such a lucrative market. With little transparency in operation, accountability and responsibility seem to dwindle in importance. What we’re sold is just as subject to falsification as the photoshopped images we have come to accept as typical.

Yoga has been heavily commercialised and though I sadly accept this as part of the world we live in, I question some of the behaviour I see from ‘influencers’ online. If you’re a ‘content creator’ receiving cash from a brand to be featured in your photos, you should come clean to your followers about that. Sponsored content means that your post is an advertisement and not necessarily a genuine endorsement. People who follow you deserve the basic respect of having that made clear to them.

There are plenty of hashtags out there to express commercial relationships in posts – #ad or #sponsored among them. To pretend that you have not been paid for your content is fraud, plain and simple. The UK Competition and Markets Authority has recently launched an investigation into exactly this type of behaviour, so I’m not being dramatic.

The results show that social media stars are not properly declaring when they have been paid or otherwise rewarded to endorse goods or services. The investigation is considering whether or not this kind of approach is a breach of consumer law – which makes it all sound a lot more serious, doesn’t it?

Collecting fake followers and likes through commercial services is also fraud. If you have 25,000 followers and 10,000 of them came via a $2 per 1,000-follower deal on a website, your follower number is fraudulent. Given how many brands engage in influencer marketing, a high follower count may well bring you new opportunities – and if the followers aren’t real, this is an unacceptable scam. Those Instagram users who engage with this kind of behaviour scam, not just the companies who trust them, but also the yogis who adore them – and that’s hard to swallow when our practice is also about openness and honesty.

In recent times, the technology has raced ahead and ‘social growth services’ can increase a user’s engagement, boosting their accounts in a specific niche market – a market like yoga. In the early days, social growth was led by bots and cash bought vast numbers of follows and likes from fake accounts. Social platforms have become wise to this and regularly clear the decks of bot and scam accounts in one fell swoop.

Even so, money talks – and social growth services have become a cash cow in a time-poor world. The services have now evolved to a targeted growth model, where buyers can give over control of their account to a company that will like, follow, and engage with posts on specified hashtags and accounts. That simple engagement drives profile views, likes and follows in turns.

The problem is that it’s incredibly difficult to track the quality of these engagements. The volume of likes, follows, comments, and views doesn’t necessarily equate with an active and devoted following in real terms. Influencer marketing is opaque, so advertisers don’t really know anything about an influencer’s followers beyond the basic number. With the increased capacity of technology, companies are facing an uphill struggle to identify true reach in a world of fakes. Doesn’t sound very yoga, does it?

One of the ethical dilemmas is engagement pods – a group of users who collect together in a group, liking and engaging with all of each other’s posts to push them to the top of people’s feeds. These became popular when the Instagram algorithm changed to a non-chronological one.

The engagements that spread from these groups are not organic, and if anyone in the group is receiving advertiser money on the basis of their following and engagements then, we’re right back in fraud territory. These ‘pods’ are now behemoth and can hold many thousands of individuals, artificially boosting each other up at the cost of the genuine efforts of the rest of us.

How did we get to this point? I remember when Instagram was pleasant and sweet, with a sense of community. Posts were chronological and it all seemed a bit less of a giant advertising mood board. So, what went wrong?

Arguably, this downward spiral started when Instagram first changed its algorithm and left chronological updates in the past. It’s changed a lot more over time, and though there are many articles out there about ‘beating the algorithm,’ which sound hopeful, the fact is that Instagram has dealt its creatives a hard blow over several years.

A post you make would need to acquire very high numbers of likes and comments (including from major accounts) within just minutes of being published, in order to appear at the top of people’s feeds and in the explorer page, which is the only way to get real growth. Getting that amount of engagement so quickly is incredibly difficult – and so organic growth is virtually impossible because smaller accounts are effectively relegated to silence. That’s precisely why so many people have started investing in the fake followers and why influencer marketing has become such a cash cow.

In the interests of transparency, you can learn to pick out the real from the fake. Using HypeAuditor for a small fee, or checking Social Blade, might give you an idea as to the quotient of fake followers and engagements attached to a large account. HypeAuditor, in particular, is wonderful, and shines a light on the bad behaviour going on in our industry.

I have been watching Yoga Instagram with growing weariness for the past few years. I can see accounts using social growth services, I know when someone is a fake and I can spot a photoshopped image a mile off. Even so, it wears on me that so many yoga teachers embrace these tactics so willingly in the name of being bigger, more competitive, earning more. If we’re all truthful with ourselves, we know that this isn’t yoga and it’s not why we got on the mat in the first place.

Nobody is perfect and Instagram is a pressure cooker. I understand how easy it is to get sucked into buying fake followers, ignoring the ethics of paid promotions and trying out some photoshop. There’s real money at stake in a very competitive atmosphere. Bad behaviour thrives in these conditions. Unfriendly algorithms mean many users feel they are creating great content only for their efforts to go unnoticed. On Instagram, we’re all screaming into the proverbial void. It’s time to call a halt to all of this. It’s a vicious circle and it’s not making anyone happy.

I guess what I’m saying here is: Don’t be that person. Be honest, fair, and true to yourself. 100 followers who know you and want you in their feed is much better than 10,000 followers who’ll never come to a single class you run. If you break it down to the bare minimum, the joy we all get from teaching can never be met by fraudulent Instagram fame. 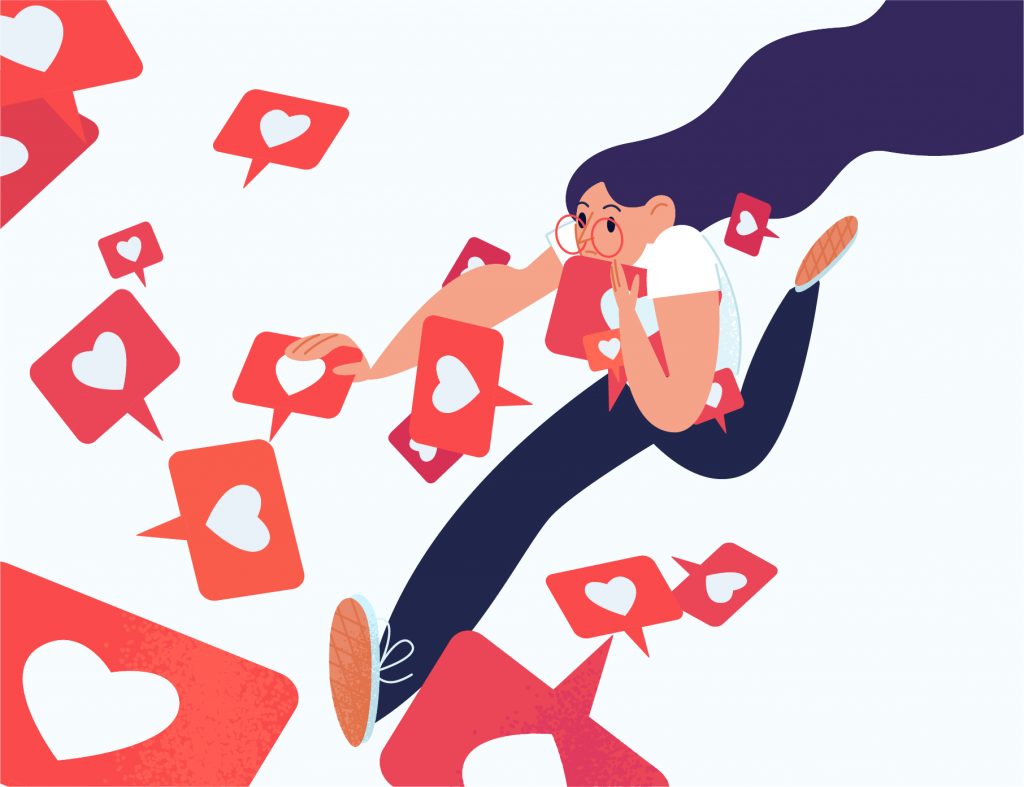