What Animals Can Teach You About Yoga

“Some people talk to animals. Not many listen though. That’s the problem.”

Animals and yoga are interconnected, though people don’t often think about it unless a cat is rubbing their face on them in an inversion, or a dog takes a sniff while in savasana. Whether you are in the barnyard practicing with goats, calling your asana an animal name, or exploring the historical roots of spirit animals in Shamanic traditions, animals are connected to people and have their place in yoga.

Animals and the Roots of Yoga

To explore just how prevalent animals are in yoga traditions, all we have to do is look at the history of yoga. Many religious traditions, such as Hinduism, Buddhism & Jainism, all of which have influenced yoga, utilize animals symbolically. The history of animals and people on the Indian subcontinent dates back to at least 3000 BCE, embodied by artifacts found In the Indus Valley. Material remains of this ancient civilization, such as the stone seals adorned with animals like rhinos, elephants and bulls found in the Indus Valley, indicate that animals played a prevalent role in society.

One of my favorite representations of the human relationship to other animals is embodied in Lord Dattatreya, a revered Hindu monk and a master of yoga. He exemplifies that humans can learn from animals and the natural world by keeping an open mind and seeing value in all things and a teacher in all beings. Out of the 24 teachers he had, half of them were animals, including one fish, two birds, two reptiles, and five insects. In paintings, he is often surrounded by four dogs, representing the four Vedas, and a cow, representing Mother Earth. Dattatreya teaches us that natural gurus exist everywhere – you just need to notice them.

Animals in the Asanas

Animals can teach us a lot about movement. Have you ever witnessed your pet stretching? Dogs often take downward dog, cats utilize cat pose, cobras rise up to cobra pose, They already know how to move their bodies and adjust and survive in the environment they are in. Humans, despite all of our technological advances and ability to collaborate together, don’t always understand how to care for our bodies.

Most people start their yoga journey through asana, or postures. Some scholars note that physical yoga is the ability to get back in touch with the way we move naturally- in other words, being connected with our animal instincts or the animal realm. Animals are recognized for their characteristics; for example, lions may be considered as regal and brave, while an eagle may symbolize grace and stealth. Asanas with animal names have deep roots throughout the history of yoga. In the Hatha Yoga Pradipika, many poses carried animal names, including Lion’s pose, Rooster, and Peacock. The Gheranda Samhita, another classic Hatha yoga text written in the 17th-century, mentions even more animal asanas, including the Camel, Crocodile and Frog. Using inspiration from animals in their namesake, these postures require some understanding and respect for the animal that inspires them. Reflecting on why certain postures celebrate a specific animal is a great place to start exploring how asanas are connected to movements and the animals they are meant to represent.

It is not a stretch to say that humans are big-brained, hairless apes that, thanks to modern lifestyles, have forgotten how to move. 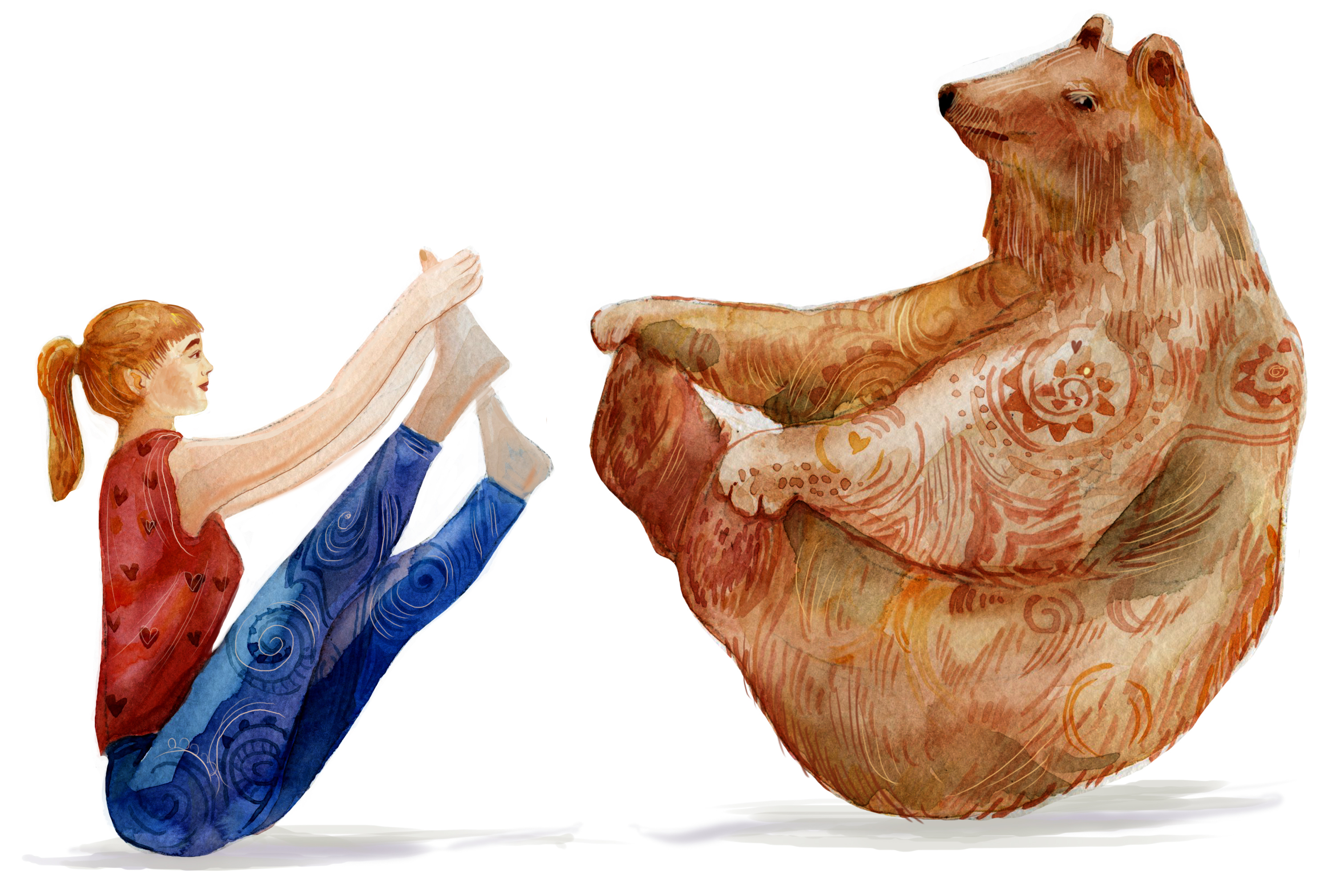 From an early age, most people learn that animals are “others”, and that humans are superior to them. We increasingly separate ourselves from the natural world. This separation is culturally constructed and tends to ignore that fact that humans are animals, too. It is not a stretch to say that humans are big-brained, hairless apes that, thanks to modern lifestyles, have forgotten how to move. That is one reason why yoga is so beneficial – it keeps our bodies moving as they were meant to do, and connects us back to the wisdom our body possesses. We just have to relearn it by observing, being willing to learn and willing to try. And this is where animals fit in as great teachers. Animals already have a wisdom of movement – we just need to learn how to observe it.

Yoga develops awareness. We often think of this as self-awareness, which is true- but yoga also develops environmental awareness. Our ability to tune into ourselves requires a connection with the outer world. Without it, how do we understand how we fit, and how we connect? Yoga tunes you into the environment and the animals in it. Breaking out of the self and human realm, and looking at the larger, connected world, gives you a holistic perspective and a new appreciation for the world around you.

Animals have a lot to teach us. Understanding our place in the environment and connection to animals can improve awareness, and that awareness filters into your yoga practice. We just have to observe, listen and learn. 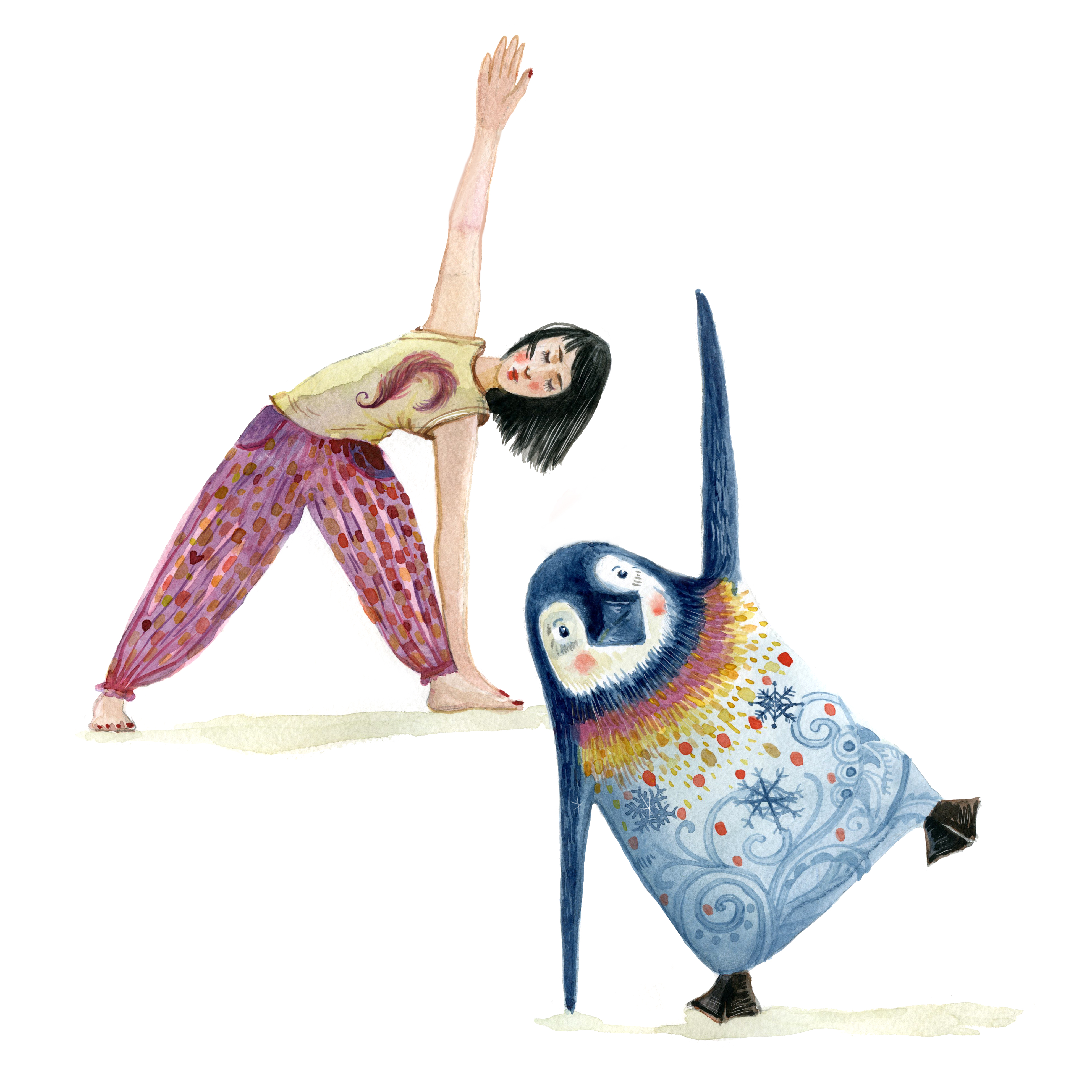 1. Reflect on the role animals play in your life

The animal world and the human world are intertwined, even if it isn’t always obvious. Reflect on how animals play a role in your life, ranging from your pets to the products you use. What do animals ultimately bring to your world? What are you bringing into theirs?

Understanding the wisdom of animals requires the patience to stop and observe what they are doing. Watch some birds out the window, explore animal movements at the zoo, or observe your own pet. Note what behaviors stand out to you, and what new actions you observe.

3. Visualize and embody through movement

When practicing yoga poses, visualize the animal the poses represent and try to embody the animal through movement. For example:

Ustrasana is a great way to prepare for deeper backbends. What’s the relationship to actual camels? In the pose, the body resembles a “hump” shape, the identifying feature of camels that stores energy resources and helps them prepare for challenges in the environment. Imagine preparing for a challenge in your life, and focus on the quality of preparedness in camels to inspire you. 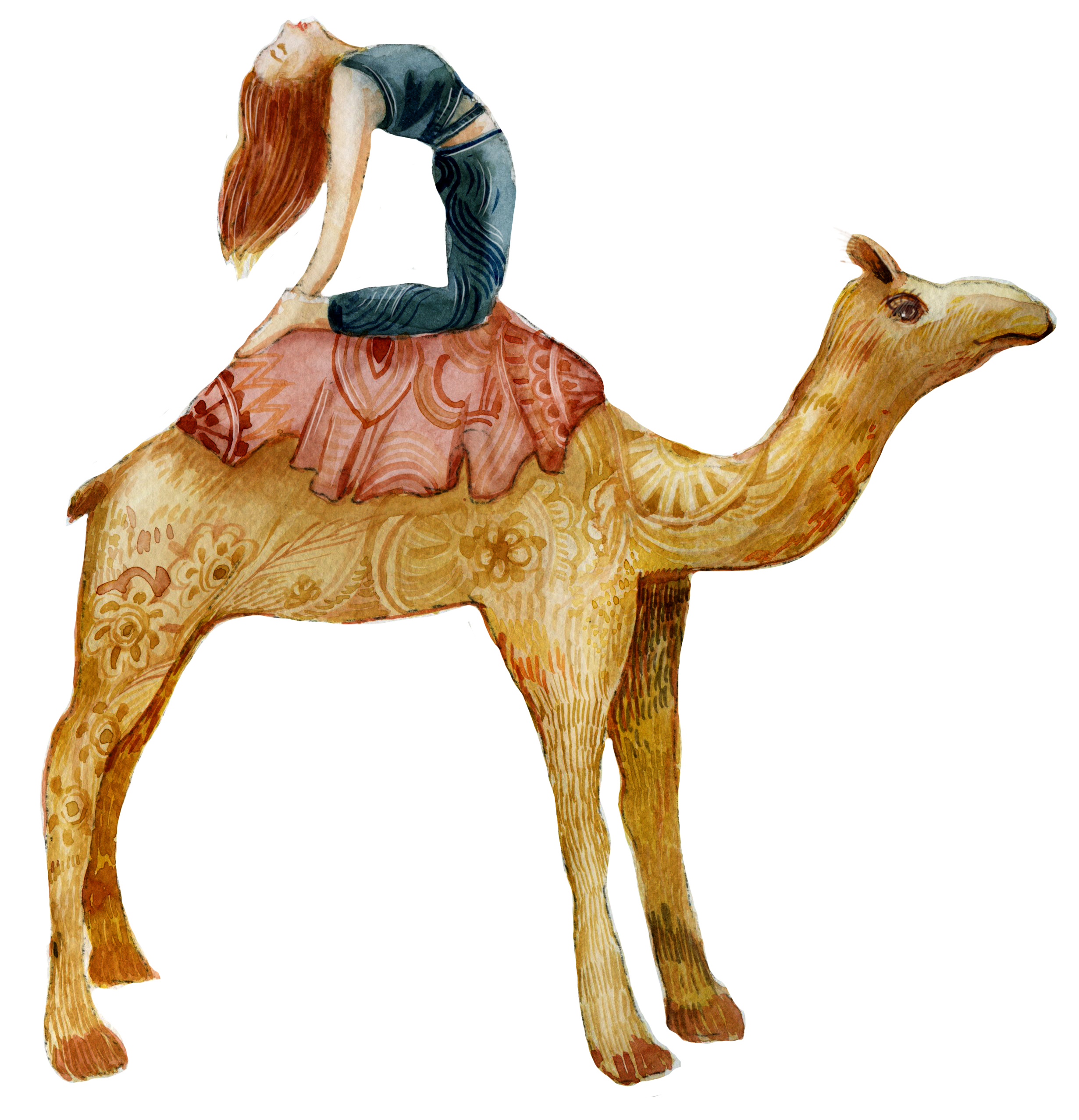 Bhujangasana embodies the graceful movement of cobras, rising up to explore the environment. Imagine the way a cobra moves, keeping the arms close to the ribs to help harness the upward movement.

Lions are often seen as powerful and regal. Tap into your inner lion by roaring with Simhasana, a great way to release stress and feel strong.