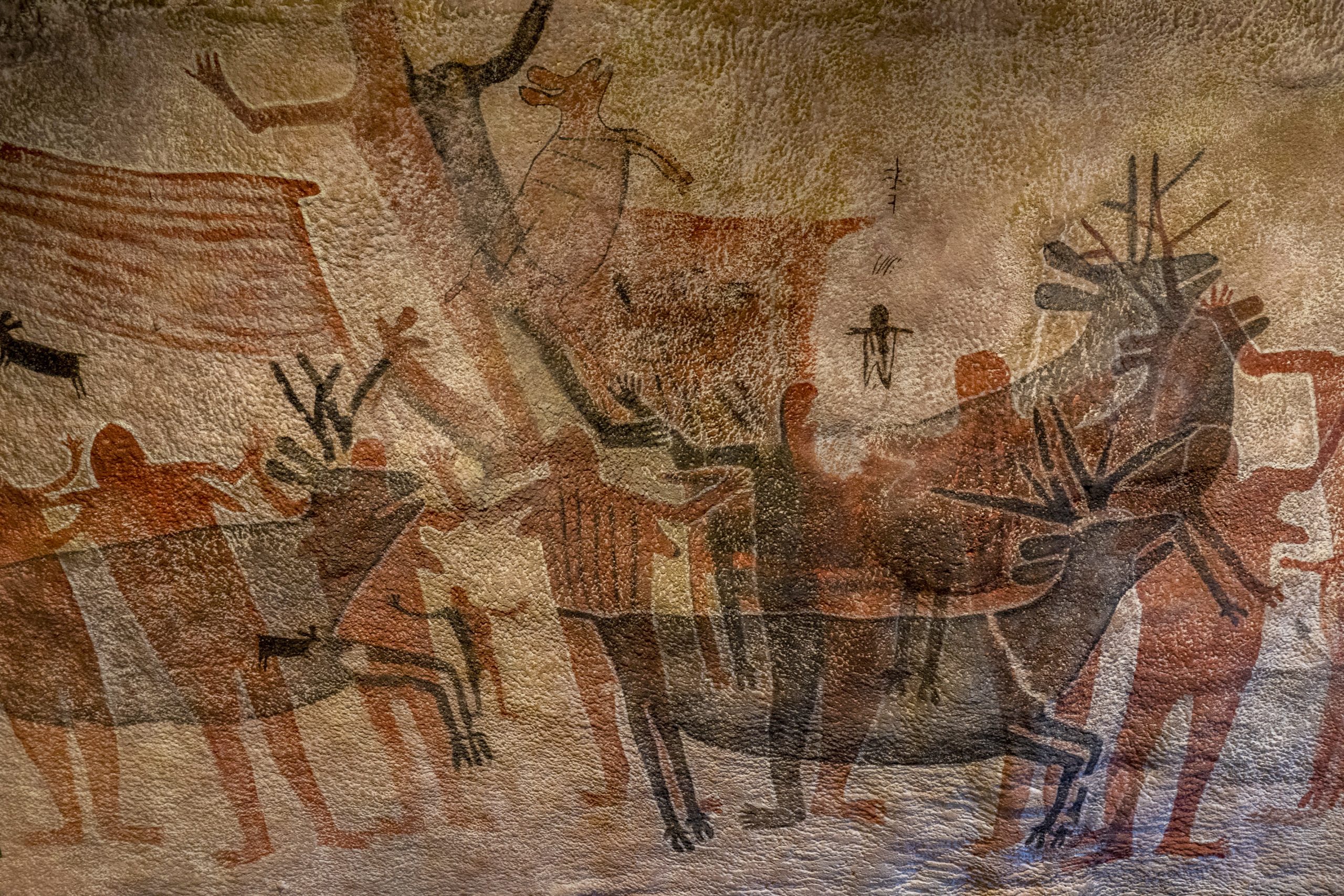 The Yogi’s Bookshelf: Sapiens, A Brief History of Humankind by Yuval Noah Harari

At times, we can look so far into what we think we are that we forget what we truly are.

Observed through an anthropological lens, the Human animal (Homosapien) is a curious creature, ruled through its imagination. Unlike most other species out there, humans have both developed and utilized their prefrontal cortex in order to problem-solve. This problem-solving ability is what has allowed humans to build up a more hospitable and collective habitat, also known as a society, not unlike bees and their honeycombs or ants and their hills. Historically, the human animal grew beyond its home in the trees, propped itself up on its hind legs, and began to set out to conquer the rest of the world. This is our story.

The Evolution of Sapiens

Before the rise of modern, contemporary civilization, and after we left the canopy, we were hunter-gatherers. Living in small tribes, we would spend our waking hours in search of food to sustain ourselves. It wasn’t until the rise of agriculture, allowing us more free time to actually think, that we began to see the dominance of humankind increase here on Earth. We invented numerous ways of harvesting grain and even went so far as to castrate our livestock in order to make them more submissive so we’d be in control of their production and procreation. Sadly, to our detriment, aside from being better able to harvest our food, agriculture also made our bodies weak and (for the first time in Sapien history) opened the door to what we now call laziness.

By elevating ourselves beyond our own initial hardship, i.e. making it so that we wouldn’t have to slave away on a hunt all day, we were suddenly able to collectively form large groups. We first called them tribes, which eventually evolved into what we now know as cities. Despite this pronounced productivity through our ingenuity, we also grew in our collective cruelty. By overly developing our logic and problem-solving skills, we began to find new ways of separating ourselves from our fellow Sapiens. We eventually developed an idealized system that propelled us into a category —supposedly— greater than all other beings, but just a tad less than what we call God. We called our newfound creation: religion.

It was from this collectivization and our newfound religious beliefs that we were able to proclaim ordinance over all other things on earth. We even used our religion as a means to wage war on other Sapiens, simply because they held a different set of creative beliefs than our own —beliefs that we would eventually call Hinduism, Christianity, and Buddhism, just to name a few.

From the ashes of older understanding arises the potential for newer understanding and the concept of enlightenment to emerge. The story of Siddharta is a great illustration of what enlightenment is according to Harari because it is the first recorded instance in history where one becomes enlightened to the separation between one’s own mind and their higher self. Prior to this, there was the Vedic wisdom of overcoming one’s suffering through exercise, prayer, study, and service (of which, Siddharta was a devout student); however, after this Siddharta’s enlightenment, a new school of thought came to light. This one, focusing primarily on the relationship between what we are and our innate creative driver, the mind.

Growing up, Siddhartha was raised in a highly manicured environment. He was unable to observe anything that would potentially raise any concerns related to pain, suffering, or even death. Brought up under the Hindu faith, Siddhartha was also a very devout and well-studied Hindu, educating himself on both scripture and philosophical reasoning.

It wasn’t until one day when Siddhartha happened upon a dying man that he came to realize the perils attached to the world of the living: that, one day, everyone would eventually grow old, get sick, and die. Distraught with his new realization, Siddhartha set out on a quest to overcome his fate. Despite seeking out the counsel of wise men and other Buddhas of the time, he was repeatedly unable to quell his suffering. That is, until enlightenment dawned upon him; the enlightenment that we are both the creator and liberator of our own life experience.

Suffering, ultimately, is a mind-state. Without the reflective state of the mind analyzing its own past experience, there are just actions happening without meaning (like the idea of suffering) attached to it. Thus, the mind is the container of our consciousness, and we can only go insofar as the mind has the capacity to allow. No mind, no reflection, no problems whatsoever.

This is also the primary reason why it is important to continuously expand our own mind, so that we may have deeper avenues of reflection to help direct our future action. Think about it, if you couldn’t just read this article, how would you know that you even had a mind that had such capabilities in the first place?

Life Is Just a Story We Tell Ourselves

What is enlightenment? Out of all the books I’ve read, I must say that Yuval’s reductionist and scientific view of enlightenment is the one that has resonated with me the most. Enlightenment, when boiled down, is simply the acknowledgment of our craving. When we acknowledge what we crave; what we desire; what we are attached to, we are better able to observe what is really driving us—ultimately, allowing us to take the pilot seat in our own lives.

We are each the creator and liberator of our own life experience because we are the story and storyteller in one. Life is just a story we tell ourselves, and we have the ability to accept that story or choose to let it go.

Sure, there are various other forms of enlightenment —we get enlightened to many things each day— but to boil down our biggest realization in life is to unpack the fact that we have this thing that we call the mind. That is to say that we, as Sapiens, are ruled heavily by our own creativity. And, once we know the impetus to our every action, we are better able to decide how to drive forward into the future.

So, in sum, what are we? We are the human animal, the Sapien, that forgot it was a part of this world in the first place. Where are we? That’s easy, we’re just out here on a giant rock, floating in space. Who are we? Whatever we create ourselves to be.

Attached to nothing, we are connected to everything. But first, we must realize it; only then can we muster up the courage enough to accept it when we find out.

You can buy Sapiens: A Brief History of Humankind by Yuval Noah Harari at your local bookstore, on Amazon & review the book on Goodreads.