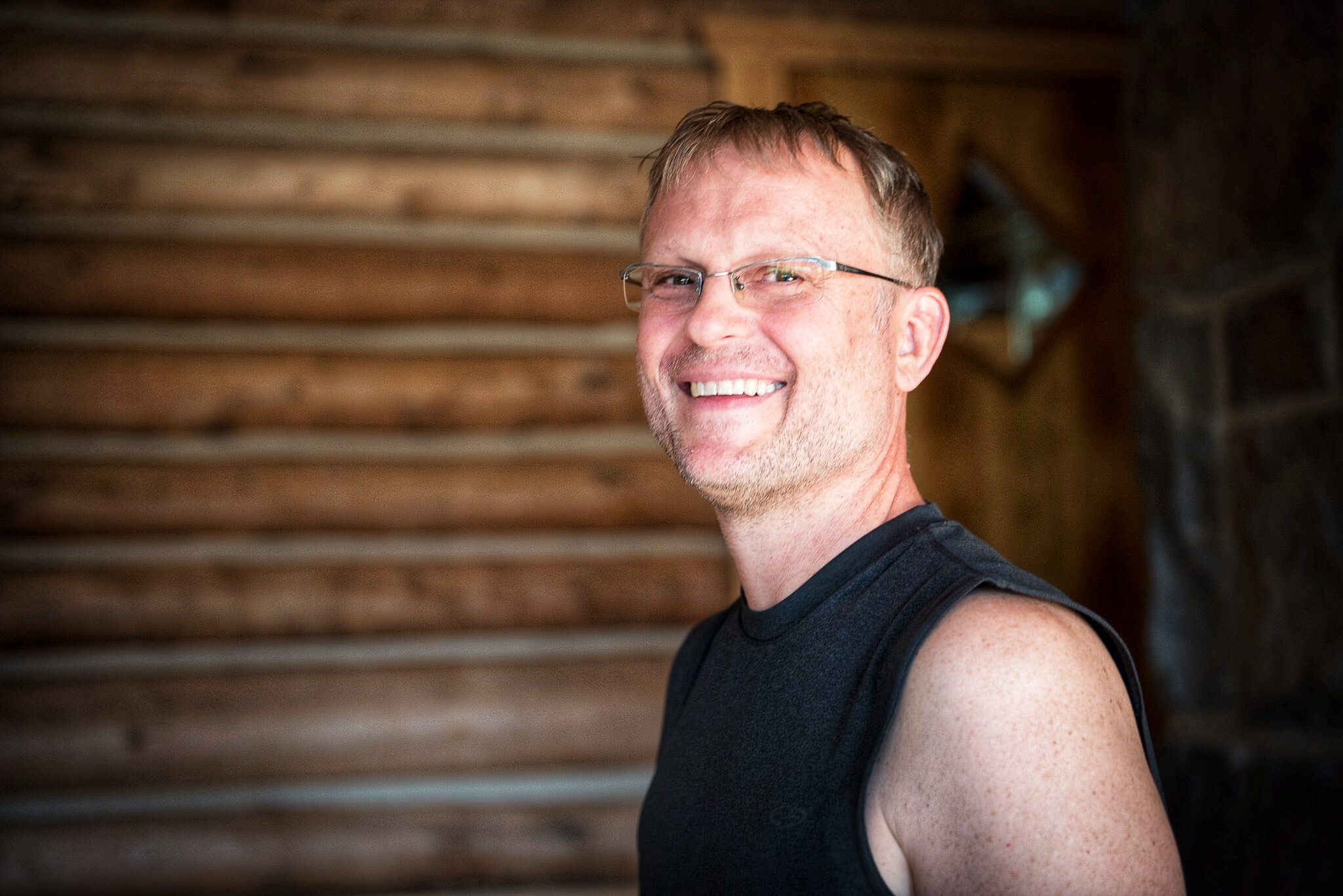 Undoing Tension on the Yoga Mat with Gernot Huber

Yoga master T.K.V. Desikachar is quoted as saying that our yoga practice should be smarter than our habits. Thailand-based yoga teacher Gernot Huber is on a mission to help students heed that advice.

The secret to getting rid of patterns that don’t serve us, Gernot says, is not trying harder, but learning to let them go.

When we strive to master a pose, we can foster unconscious moving and breathing habits that lead to stress, injury, and more disconnection. He makes a compelling case for investing the time to discover and map these tension-inducing blind spots so we don’t sabotage our quest for serenity.

Casting aside established, detrimental patterns isn’t easy — but it’s possible. Gernot recently led his first U.S. workshop at Montana’s storied Feathered Pipe Ranch, spending a week with students exploring yoga’s promise as a path to awareness and serenity. He led students on head-to-toe diagnostic journeys, documenting them with his iPad camera, to uncover adverse habits. Gernot then offered a practical toolbox filled with breath, asana, and science wisdom to release these habits — with joy.

First? Do No Harm

I traveled cross country for Gernot’s U.S. workshop debut, and I’m glad I did. I discovered a lot about my own patterns of holding tension, and benefited from time with students sharing similar experiences as we practiced becoming our own best stress detectives.

The age-diverse mix at our workshop retreat included a blend of older yoga first-timers, eager young practitioners, and experienced yoga teachers. Gernot underscored, first, that the moment to moment choices we make can either weaken or fortify stress-enhancing connections in the brain.

We always have the option to choose against stress, he said, but doing so means letting go of our default, achievement-oriented mindset. That may also mean modifying at least some poses and perhaps skipping others entirely when they create so much intensity that we lose the ability to disrupt the stress response.

First, he seemed to say, do no harm.

Sitting cross-legged in the pine log practice room at the renowned Rocky Mountain retreat center, Gernot highlights a prevalent trouble spot. “When I ask a group of students if anyone needs more neck tension in their lives, I usually get a good laugh, because that’s a pretty ludicrous proposition,” he says. Regrettably, he continues, many yoga alignment instructions exacerbate neck tension.

He invites students to gather around him as he demonstrates. He moves into Bhujangasana (cobra pose) with his chin pulled as anatomically far away from his jugular notch as possible. Bulging, pained eyes, and a strangled voice help make the point.

“Does this look like it feels? Am I serene yet?”

He’s mimicking some of the cobra pose photos that he assembled in a collage from a Google image search. He shares those images in an eye-opening screenshot in an instructional video about neck tension. The pictures reveal sharp contrasts in alignment: from necks moved into extreme and awkward hyperextension to ‘happy’ necks elongating in a gentle arc out of spacious spines.

Gernot then eases unhurriedly back into cobra, this time attentive to moving from the core so he doesn’t needlessly restrict breathing. He maintains spaciousness in the spine and neck. His face is softer, and breath brings the shape to life. And he speaks easily about the “deliberateness and deliciousness” we can all savor along the way to, and in, any posture if we let go of detrimental tension patterns.

One by one, he asks each of us to move into a familiar pose while he snaps an iPad photo. Then he offers customized, unpretentious advice about creating more room for the breath and teasing the neck back towards a more spacious and neutral position.

He takes a second ‘after’ photo.

Even practiced, alignment-savvy teachers are startled at the degree of neck hyperextension in their ‘before’ images. I’m one of them.

The photographic evidence of my strained upper body sporting rounded shoulders capped off with an up- and out-tilted chin is a revelation.

Gernot filled our practice toolboxes with creative exercises and tips, all focused on identifying and undoing movement patterns that are obstacles to the practice’s full potential.

Most problem patterns, he explains, stem from creating too much effort. “We tend to think that if we want to get something done, we must do something,” he says.

“We think of movement as being the result of muscle contraction, which is the quintessential ‘doing,’ but this is simply not true. If you contract your biceps to flex your elbow while keeping your triceps equally contracted,” he explains, “no movement actually happens.”

He describes movement, on a concrete physiological level, as the coordinated contraction of some, and the relaxation of other, muscles.

“The act of relaxing a muscle is no act at all,” says Gernot. “It is its antithesis. The brain can contract a muscle by sending the appropriate nerve signals, but there is no neurological pathway to send a relaxation message. The only way to relax a muscle is to stop contracting it. Relaxation is literally the art of un-doing, an art form that most of us have not practiced because we didn’t know it mattered, or even existed.”

To make our yoga practice more beneficial, then, Gernot has this advice: do less, feel more.

Insights like these — along with calming guided meditations and asana and breathing classes to help us practice our new serenity-enhancing, stress-neutralizing skills — made for a potent week of learning. 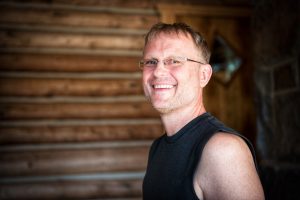 A circuitous path brought Gernot, now 50, to yoga teaching. Born in South Africa and raised in Germany, he spent his early working life in Silicon Valley until his boss made his life so miserable that he saw no option but to quit. He spent the next two years traveling around the world, falling in love with the natural world. Wanting to make a difference in preserving it, he started working as a field biologist in the Sierra Nevada and enrolled in grad school to study evolutionary biology.

He was introduced to yoga when a colleague offered to teach him during lunch breaks in Silicon Valley. It took another decade, a traumatic breakup, and the stress of grad school for him to realize that yoga was the one thing in his life keeping him sane. He defended his thesis on the correlation between wing shape and migration distance in swallows in 2009. And he’s been teaching yoga full time ever since.

Gernot reminds us that what we do on the mat matters far less than how we do it. At the same time, approaching challenging yoga poses without getting stressed can train us to stay centered off the mat.

From that place of centeredness, perhaps we become better, more benevolent agents for change in a skittish world. For benefits small or large, it’s time well spent.