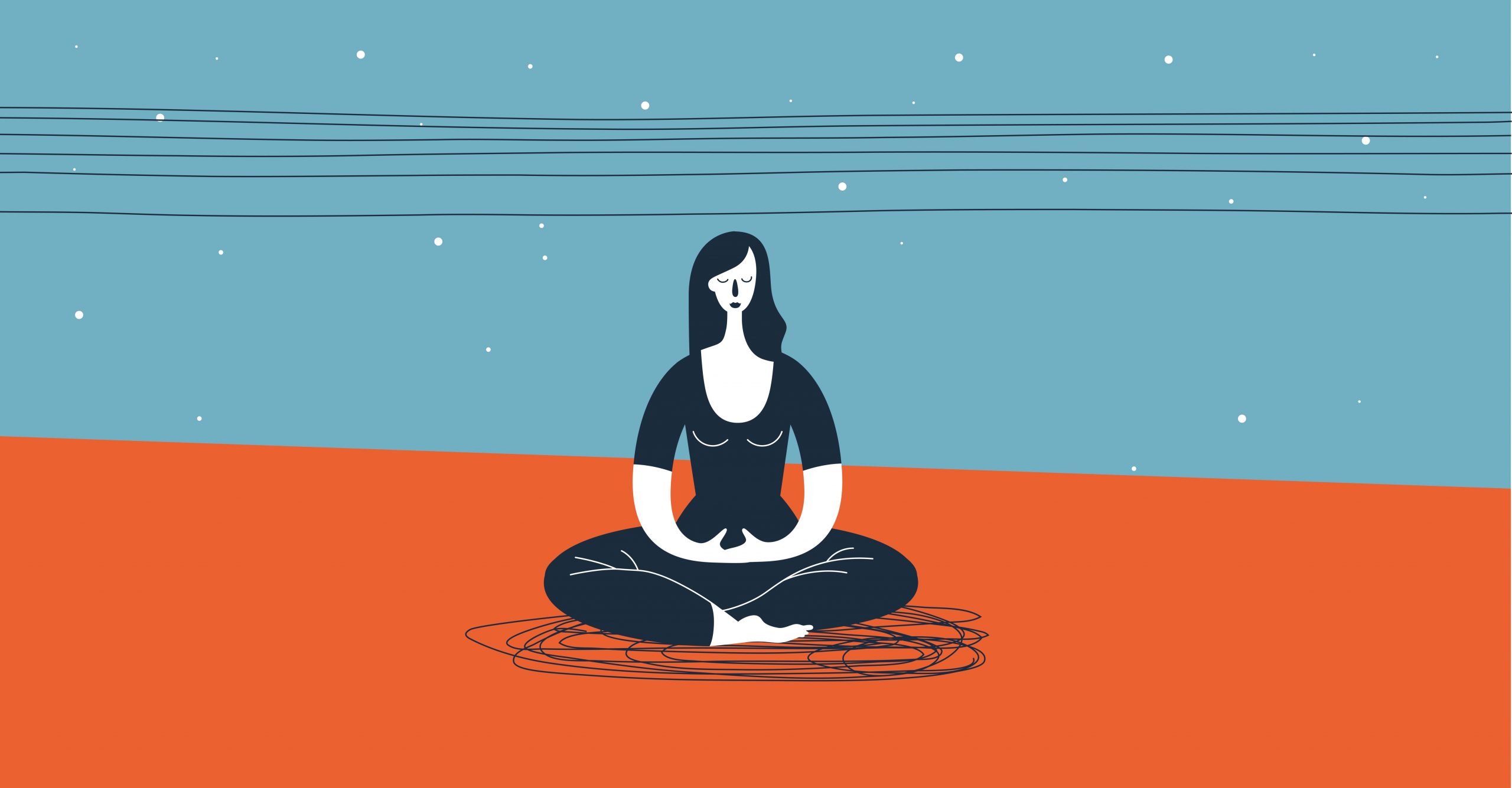 I graduated from my first yoga teacher training (YTT),  in September 2014 and by the beginning of 2015, I made the leap to teaching full-time. Years later, I’m still a full-time yoga teacher, and I plan to continue for the foreseeable future. No one is more amazed than I am that I successfully made the transition so quickly.

I began practicing yoga after I graduated from college, at a time when I was feeling a little lost. I had no clue what I wanted to do with my life, and I instantly fell in love with the practice.

The thought of becoming a teacher wasn’t new to me either. In high school, I was a counselor at camp and helped with children’s ballet classes. In college, I was a teaching assistant (TA) for photography and assisted other students in the darkroom on the weekends. When I started yoga, I was working with young kids at a private school. I questioned whether I wanted to stay in the school system because it was definitely not all rainbows and cupcakes.

Deciding to switch my focus to yoga was an easy decision. If you have been thinking about it, here’s my advice:

Take the classes that are offered to you

By the time I finished my training, I was eager to jump right in. At the time, I was working at a holistic health center. I had mornings free to teach or practice and then worked from lunch into the evening. As fate would have it, a teacher I knew was giving up her sunrise classes and gave my name to the studio owner. Even though waking up in pure darkness wasn’t appealing, especially after working late the night before, I couldn’t pass it up. Only a month in, I had two weekly classes.

Don’t expect to be given the popular class times on a silver platter. Usually, you start at the bottom and work your way up. Take the classes no one else wants.

The excitement for teaching grew with every class I taught. On top of my sunrise classes, I agreed to every subbing opportunity my schedule allowed. I filled in last minute at the health center; I signed up to teach a karma class at the studio that hosted my training. And, I shook in my yoga pants as I taught my biggest class.

I received feedback from those first classes with an open attitude. I took in the comments about talking louder and slower. I spent hours with worksheets and my notebook, writing out sequences for the week. I also continued to refine and hone my craft.

Get out there, both as a teacher and student

Subbing classes were not only great learning experiences for me, but they also got my name out there. I met new students, many of whom passed on positive comments to the studio owners. This is always good! The more people like you and let your boss know, the better. You can become the go-to sub, or be the one they think of when classes become available. So, sub, sub, sub!

Whenever I had the time, I also continued to take public classes as a student. Literally, put yourself in people’s faces. Being on the mat next to someone facilitated conversations, and people got to know me better. Plus, by simply showing my face, those who had already practiced with me were reminded of their experience. Be friendly and say hi, and more often than not, those students who know you will turn to their friend and suggest they try your class.

Take that leap of faith, and hope for a little luck

After a few months of hustling and good timing, I was offered another class which, unfortunately, conflicted with my work schedule. But at this point, the end of the year was nearing, and I’d started to hate my job: it wasn’t what was advertised, and it wasn’t the line of work I wanted to be in for the long run. It wasn’t providing me with the flexible schedule I had hoped for, and my boss was taking advantage of her employees. After a lot of consideration, I decided I wanted to quit and try teaching yoga full-time. Once the idea was formed in my head, I knew in my heart it was what I had to do, despite the intense fear. With a new year on the horizon, it felt like the perfect time for a clean break.

I committed to the decision and put in my two-weeks notice. Then the floodgates opened; I was told another teacher was having shoulder surgery in January and her classes would need to be covered during her six weeks of recuperation. Another teacher had to give up her Sunday class at a gym near my house, then even more one-off subbing opportunities popped up. It sounds cheesy and woo-woo, but I believed this was a sign that I had made the right choice.

Because I said yes, put myself out there, and continued to put in the work to improve, my schedule grew quickly. I got to work fewer hours and make more money than any of my previous jobs. Honestly, it still wasn’t a lot, but I was so much happier.

Make sure you have support

For full transparency, my grandma paid for my training. I was single and living at home with my parents. I didn’t, and still don’t, have anyone else to provide for. Initially, I could barely afford my groceries, gas, student loan payments, and the occasional dinner out with friends. I had money in savings, and my parents were always generous if I needed help with the basics.

Whether you’re at the beginning or years into your career, I would suggest having a backup. Start a Freedom Fund: stash every spare cent in your savings, or hide them in your sock drawer – whatever works. Even when you have a defined schedule, the inflow and outflow, of money can be drastically different from month to month, and this fund could come in handy.

Have a backup plan or side hustle

Even though I was extremely lucky that classes began popping up right and left, I knew it would take time to build up a full, dependable schedule. To supplement my income, I signed up as a substitute teacher at a high school – there’s nothing more glamorous than hopping in the car after an early morning class, applying makeup in traffic, then sitting at a desk, clueless about a subject while 15 pairs of judgmental teenager eyes stare back at you. But this set up gave me full control of my schedule so I could keep yoga as my priority. After a few months, though, yoga had me so busy that I rarely had time for the school; I still have side hustles, but now, they all revolve around yoga, like my blog and online classes. My career will continue to morph and change, but at the end of the day, I’m doing what I love.

Being a full-time yoga teacher is not always easy. It’s (probably) not going to make me millions, but I wouldn’t change it for the world. Even though it was the scariest decision I have ever made, it’s the one that keeps on giving.

On good days and bad days, I still feel fulfilled; the work never gets old, I’m constantly being challenged, and even in my free time, yoga is what I dedicate my time to.