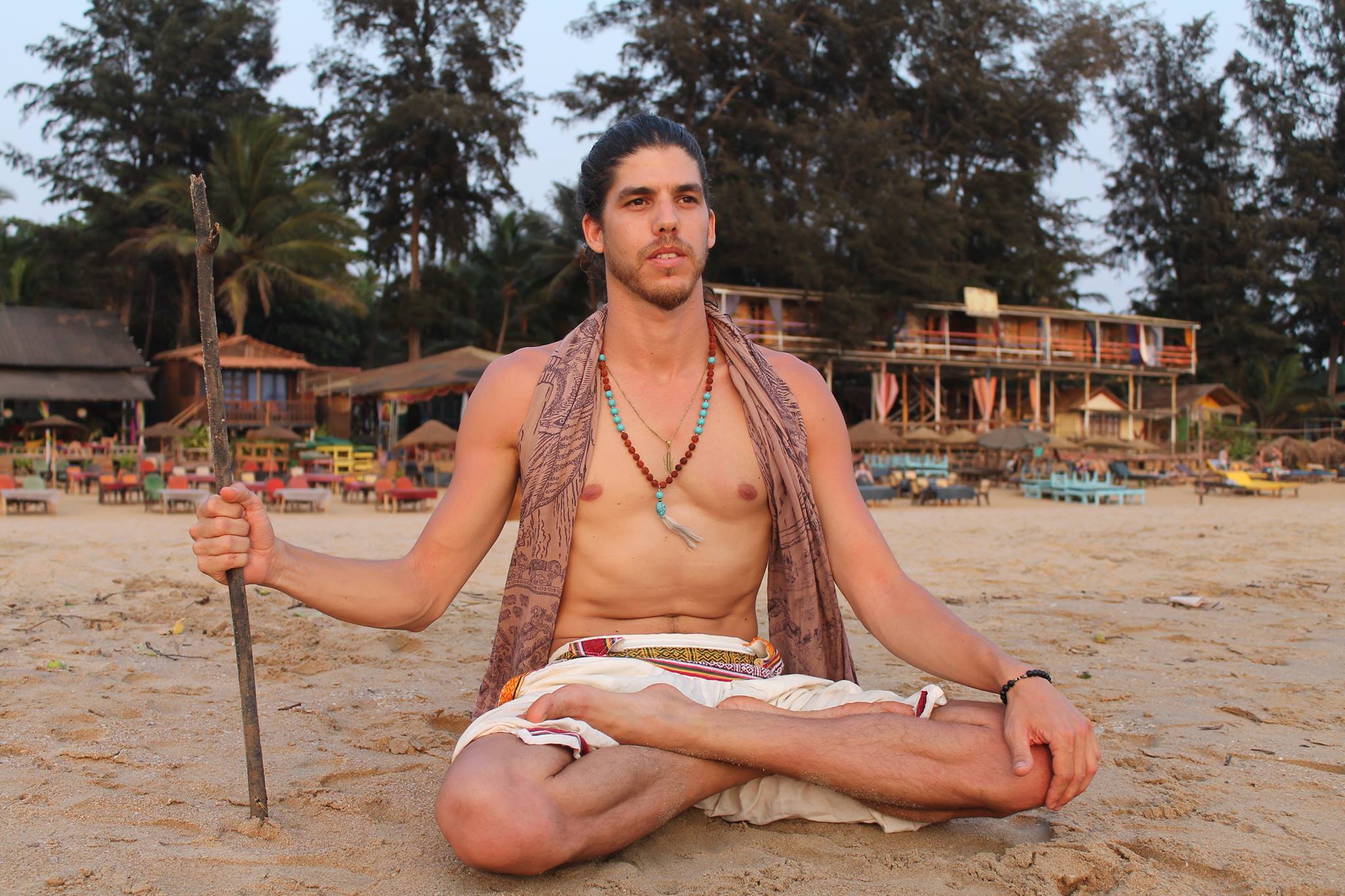 Why Take Yoga So Seriously? A Humorous Chat with Idan Kirshner

When you think about yoga, what kind of vibe do you notice? What’s the general demeanor of the instructors and how do they hold the space in the studio (online and in-person)? If you’re silently saying to yourself, “these teachers are so serious,” you’re not the only one.

Now, count how many times the vibe has been completely humorous, not counting “Laughing Yoga,” where the intent is to get you laughing exaggeratedly for the entire session. We’re talking about traditional yoga asana in the funniest way.

There are online personalities like JP Sears that do a fantastic job at yoga satire, or comedians who occasionally base their jokes on the experience of yoga classes. But did you know there’s one guy setting out to teach yoga poses and sequences in a fun way? That guy is Idan Kirshner.

Idan Kirshner is a traveling yogi who produces weekly yoga tutorial videos that have gone viral on Facebook and YouTube. After realizing Facebook was a huge opportunity to share yoga with the world, he and his longtime girlfriend Nataliya focused on the goal of bringing the practice to everyone – even those who’d be intimidated by it… But with a silly smile.

Why Share Yoga in a Serious Way? Idan Doesn’t!

With over 174,000 fans on FB, some of his fun, entertaining yet educational videos have collectively garnered over millions of views. We’re talking about 174,000 people who enjoy his content, share it and become the reason Idan has gone viral in less than 2 years. If you haven’t seen him before, watch several of his videos, and you can’t help but laugh. The comic book-style branding makes his personality stand out more, and what’s even cooler is just how humble he remains. The joy he gets from helping people’s lives improve through yoga is confirmation that he should continue with his humorous approach.

How Did Idan Get Into Yoga?

Idan served for the Israeli military during his early adulthood years. After he completed his service, he decided to try a yoga class with his mom. It was a Kundalini class, but that didn’t matter since he had no clue what yoga even was. Much to his surprise, all the intensive breathing and rolling around made him feeling really refreshed and eager for more. So he took a Power Yoga class, loved the unique aspect of breath and movement and officially became hooked on Yoga for the next 11 years.

When Idan Decided to Become a Yoga Teacher

Contrary to his current life calling of making people laugh and learn about chakras, he spent most of the previous decade trying to become a stock trader. Once he achieved that goal, he was instantly miserable. Bound to a desk with tons of paperwork, number-filled computer screens, and long work hours, he realized that there had to be a better career path for him

were a few things Idan knew about his next step: it had to give him the freedom to physically move about, and the independence to work for himself and no one else.

One restless night, he had an epiphany. He was going to be an online yoga teacher for Hebrew speakers. The next day, he quit his job. Everything else is history, right? Well, not exactly…

The first videos he shot on YouTube were in Hebrew. There wasn’t much of the branding you see today, nor was there music. He hadn’t even taken a teacher training yet, and he was explaining the breakdown of Sun Salutation A and B on camera. While the results were not up to his standards, he knew he had to start somewhere; he could only improve with each video recording.

One of the major challenges was also technical. Idan had to figure out how to use a microphone and teach a flow at the same time. Interestingly enough, he doesn’t use professional equipment to film his yoga tutorials. For most of the past 2 years, he used an older Android smartphone with a cheap and tiny phone tripod. It was intriguing to see just how minimal he was compared to the immensely positive effect he was having on the internet. Only now has he upgraded to a mini camera with a flip screen, so he no longer has to walk back and forth to review his reels.

This is evidence for any of our fellow yoga teachers who worry about not having the right equipment to start an online business. You don’t!

Next on his list of challenges was the language barrier. He never spoke English during his military service, so making these online videos tested his ability to communicate. Because he had to master his English, he was forced to get creative with visual tools along the way to convey his message. Improvisation became a strong skill in his repertoire.

That’s why you’ll see a lot of bright colors, wild font, and the occasional costume. Despite Idan’s brother making fun of his new-found career (“Oh, you’re going to teach everyone to stretch?!”) his family is supportive. Idan’s been known to follow whatever path his heart leads him, and yoga teaching just happens to be the most fulfilling and exciting path to date. According to Nataliya (who’s also his amazing behind-the-scenes business partner), contrary to the funny antics he shares on-screen, this is the most disciplined and focused he’s been. He sticks to a fairly rigorous schedule of planning, filming, editing and staying in contact with all of his fans.

On Sharing a Humorous Style of Teaching Yoga

Idan has a very distinct persona from other yoga teachers online. His variations of man-bun hairstyles and light tan sometimes have people thinking he’s from India, a baba- or a hippie in general. Every video begins with his signature greeting that you can’t miss: a deep-yet-nasally sounding “HIIIIIIIIII” that varies in length. This is usually succeeded by a few minutes of easy-to-understand instruction on a given topic. So far, he’s addressed back pain, snoring, sitting and the most commonly requested topics from his fans.

According to him, it’s quite fun! When he shoots the video content, he doesn’t think about what anyone else is thinking. A solid gauge is how hard he laughs while reviewing his work: if it’s fun for him, then he knows he’s being true to his teaching style. While some yogis may not agree with his approach, he’s reaching a much wider audience the less serious he takes himself.

The internet allows Idan and Nataliya to learn all sorts of approaches to yoga. Dylan Werner inspires them to become stronger. Dice Lida-Klein‘s instructions help them understand the finer details within a pose (like how to move the fingers). Our very own Garrett Neill’s content has helped Idan warm-up in new ways that reduce his knee pain. Last, but not least, his fellow yoga teacher trainees, colleagues and students teach him new things, too.

To learn more about Idan’s offerings and practice with him, check out his website. If there’s anything Idan would like to close out this interview with, it’s one thing:

Watch his mini-documentary below:

ENJOYED READING THIS ARTICLE? CONSIDER SUPPORTING US ON PATREON. $2 DONATION WILL ALLOW US TO PUBLISH MANY MORE AMAZING ARTICLES ABOUT YOGA AND MINDFULNESS.