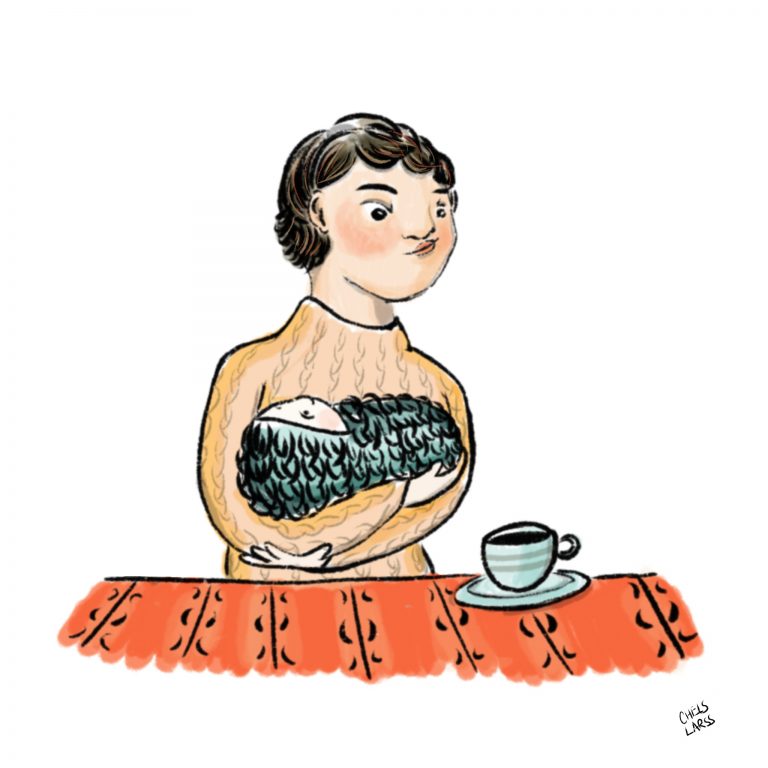 There’s a subset of the population that knows how words like latch and plugged ducts relate to breastfeeding. Such words make a woman’s body seem like a plumbing job! There is a world of information on breastfeeding techniques, and I’ll leave that to the experts. Instead, I’m going to share my take on the connection between nursing and yoga.

There are things they didn’t teach in breastfeeding class, such as how my baby might try to do downward dog standing on her head while still latched to my breast!

Much of the information in my class focused on babies under the age of 1 year. Now that my daughter is 19 months old, she feeds quite sporadically and is more restless; she sometimes even wants to flip through one of her picture books while feeding.

Nursing includes breastfeeding, but while only women can breastfeed, dads and other caregivers can nurse a baby by comforting and feeding him or her with a bottle. This article is for these essential helpers, too – even when mom is the primary caregiver, she needs help! In my own experience as a breastfeeding mom, I could never stray far for too long when I left the baby with dad since she didn’t want to take the bottle. In our mother-daughter relationship, the term latch signified her emotional as well as physical attachment to me. 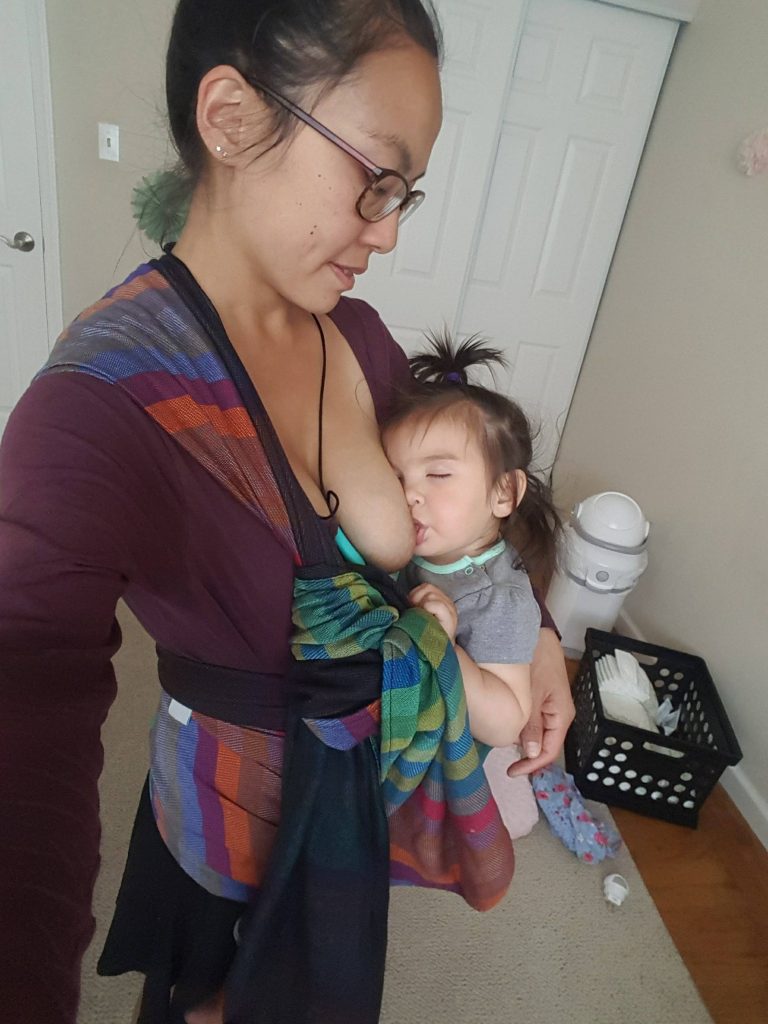 Posture: a physical and mental disposition

My idea of yogic nursing is not at all about people doing yoga postures while nursing babies (although some moms apparently do this!). On the contrary, I find it so much more yogic to zone in on fewer and simpler things, rather than just taking our modern obsession with multitasking and applying it here. I’m not suggesting that people strive for enlightenment through nursing, though. To be real, I did spend countless hours watching Netflix and reading. However, as my daughter has become more aware of her surroundings, I haven’t been able to watch movies while nourishing her the way I used to. She is now a more acrobatic nurser, so the challenge has become how to maintain a sense of calm and focus so that she (hopefully) absorbs that feeling and relaxes. It is yoga for two, and it is a constant practice of riding the changing moods of a little person.

In Patanjali’s Yoga Sutras (1.14), it is said that yoga practice becomes established when done for a long time with dedication and without a break. In my years of yoga practice, this never made more sense to me than when I realized how often my daughter would need to feed. Let’s put it in perspective: it is said that newborns feed 8-12 times a day. Some of those sessions last up to an hour and it goes around the clock, so at the end of the day, it’s an overtime job. It’s a great opportunity for meditating, and I needed to take this perspective, or else I might have felt the way my mother-in-law referred to me: baby’s fillin’ station! 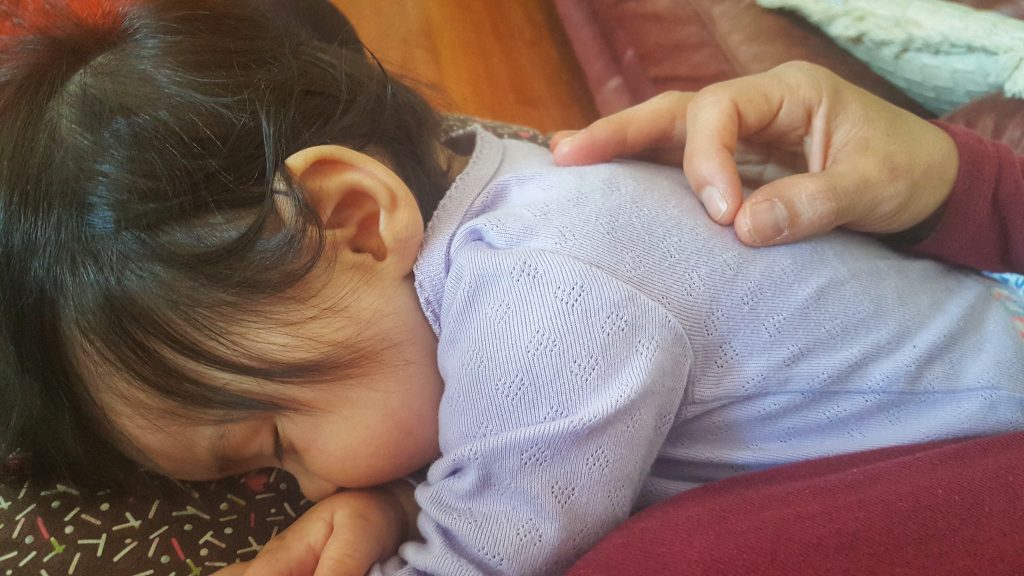 Since nursing has been so time-consuming, it often makes me long to be taken care of, too! It has brought a new perspective of my yoga practice, which has become more of a time and space to mother myself. More often I crave slower, more grounded poses such as Balasana (child’s pose), Eka Pada Rajakapotasana (One-legged King Pigeon Pose), and Supported Setu Bandha Sarvangasana (Supported Bridge Pose). I also began attending more restorative and yin classes, which is normally so unlike me. I started my yogic path as an already-flexible 16-year-old and strength had often been my focus. Combine this with the fact that nursing moms maintain some of the same pregnancy hormones that make them more flexible than usual (one of them is called relaxin – who doesn’t want a dose of that?!). I had to be careful to avoid overstretching and hurting my joints.

After asana practice, I’m always more likely to have proper posture while nursing my daughter. I began to notice, though, that sometimes the thoughts I held in my mind were not so relaxed. It was easy to ruminate about the other things I felt pressured to get done around the house, not to mention the constant voice playing in my head about whether or not I should go back to work.

Just as in formal meditation practice, hours spent holding and nurturing a baby every day could either be an opportunity to be present in the moment or to obsess about an endless list of worries.

Another yoga sutra (1.12)  reminds us that yoga is achieved through abhyasa (practice) and vairagya (non-attachment). In caring for an infant, this means keep doing what needs to be done while letting go of the need to control every little aspect of the situation. I realized that upon becoming a mother, my life had entered a phase that was unknown and uncertain to me. It completely eradicated my usual way of being. It forced me to open up through the practice of backbends and release into the flow of a new way of living.

For nursing moms, another issue that comes to the forefront is how a milk-laden chest changes the experience of postures that start out face down, such as Bhujangasana (Cobra) and Salabhasana (Locust). As my husband would say, it’s a first-world problem. However, it’s these very backbends that help counter the hunching action of nursing, or just carrying a baby in general. I found that face up backbends were more appropriate than face down backbends; in my case, Matsyasana (Fish) and Ustrasana (Camel) worked well. On days when I was more fatigued, some repetitions of cat-cow were most therapeutic. Fortunately, milk supply came down to a manageable level over the months, which meant that I wasn’t falling out of my nursing bra during every little inversion. Even so, the backward bends continue to help in maintaining good posture and helping bring some energy and openness to my body and mind.

On an emotional level, nursing requires a lot of inward focus. It is very easy to collapse forward while zoning in on the small details like my posture or nursing technique. At times, it seems like the tiniest details are the biggest deals.

It often becomes a challenge for me to figure out how I could open up and expand into the world outside my home and family – a metaphorical backbend.

Friendships with other moms have been key, in addition to help from La Leche League, lactation consultants, and online parenting forums. The whole process assumes a rhythm, fluctuating between reaching outward for help and reaching inward to retreat into the calm simplicity of every little moment.

I chose to feed my daughter on cue – some call it on demand – which meant that I was on call 24/7. I had to be flexible because anything I did could be interrupted by her need to feed. See, I told you nursing could be yoga-it even promotes flexibility of mind, strength in posture, and coordination if you are like so many moms that read, watch TV, or do other things while nursing baby.

In the beginning, babies are somewhat passive and helpless, but nursing is part of the developing communication between babies and caregivers. The primary way this ‘dialogue’ initiates is with baby’s cries. It definitely helps to be well practiced at deep breathing and meditation to deal with the stress of hearing the baby cry. Here’s one way I’ve dealt with it.

Step 3 and 4 are very important, and they have been essential in my own self-care as I juggle my stress along with my daughter’s.

I tend to carry tension in my shoulders, upper back and neck, so the following postures have been my staples: standing chest opener (interlace fingers behind the back and drop shoulders back and down to open the chest), Uttanasana/Standing Forward Fold (to use gravity to release tension in upper back and neck), and the arms for Garudasana/Eagle Pose pose (to relax shoulders and loosen the spot between the shoulderblades). You might find other poses to be more helpful, just don’t forget to ‘mother’ yourself as you calm the little one!

During daytime nursing, my daughter continues to roll, kick, flail, and latch on in weird positions; she plays with my belly button, and nurses on one breast while twiddling my other nipple. These moments can be funny, yet sometimes annoying when I know I have a handful of other things to do and all my daughter wants to do is play! Luckily, at night she nurses more quietly, and sometimes more often than I want to wake up, but so far this journey has shown me that change is the constant as she grows and develops. My yoga practice has provided a stable point from which to deal with all that change.

The main gift that nursing has given me is the reminder to slow down. This might sound cliche, but it often reminds me of sitting down on the meditation cushion to watch my breath. How hard it can be to focus and be present for the small things! It’s so easy to feel impatient for the day when the baby is less dependent until I remember the ordinary miracle that it is and that one day soon, this phase will pass. 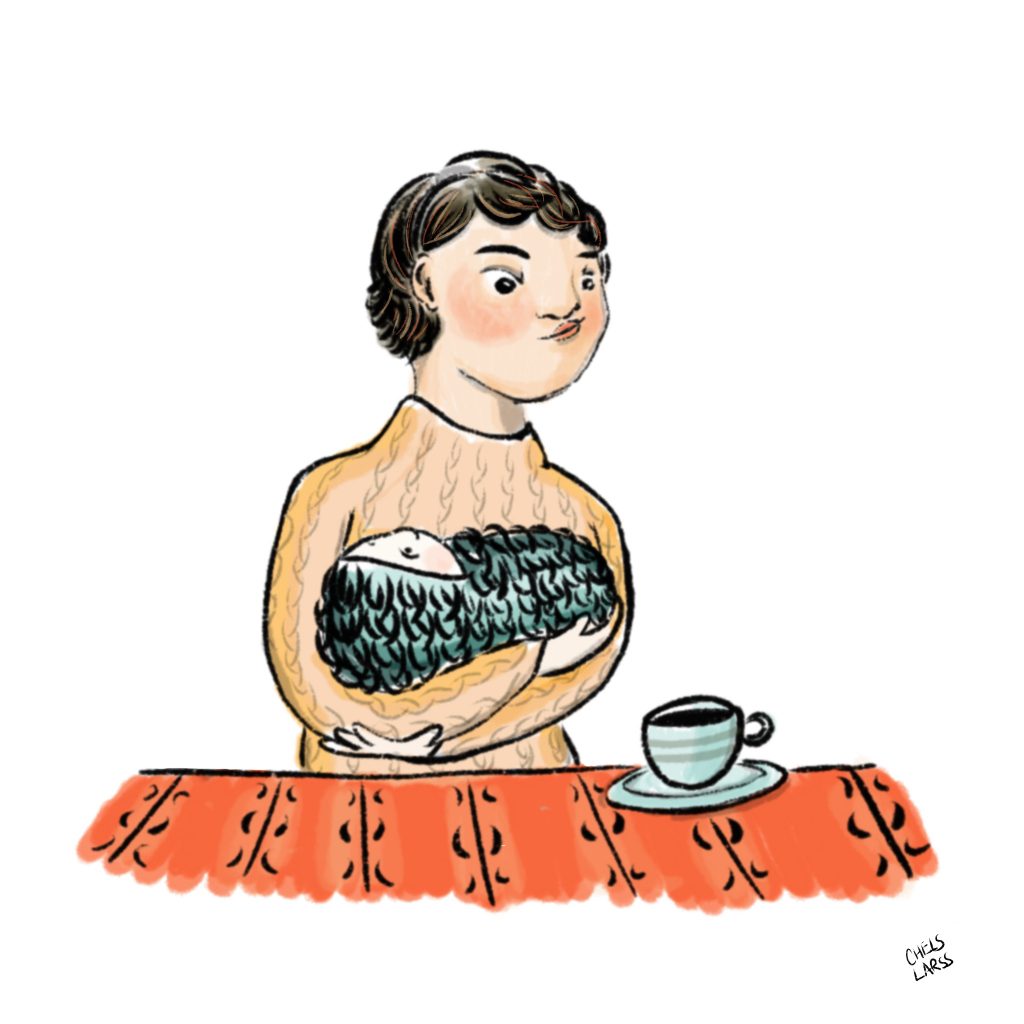