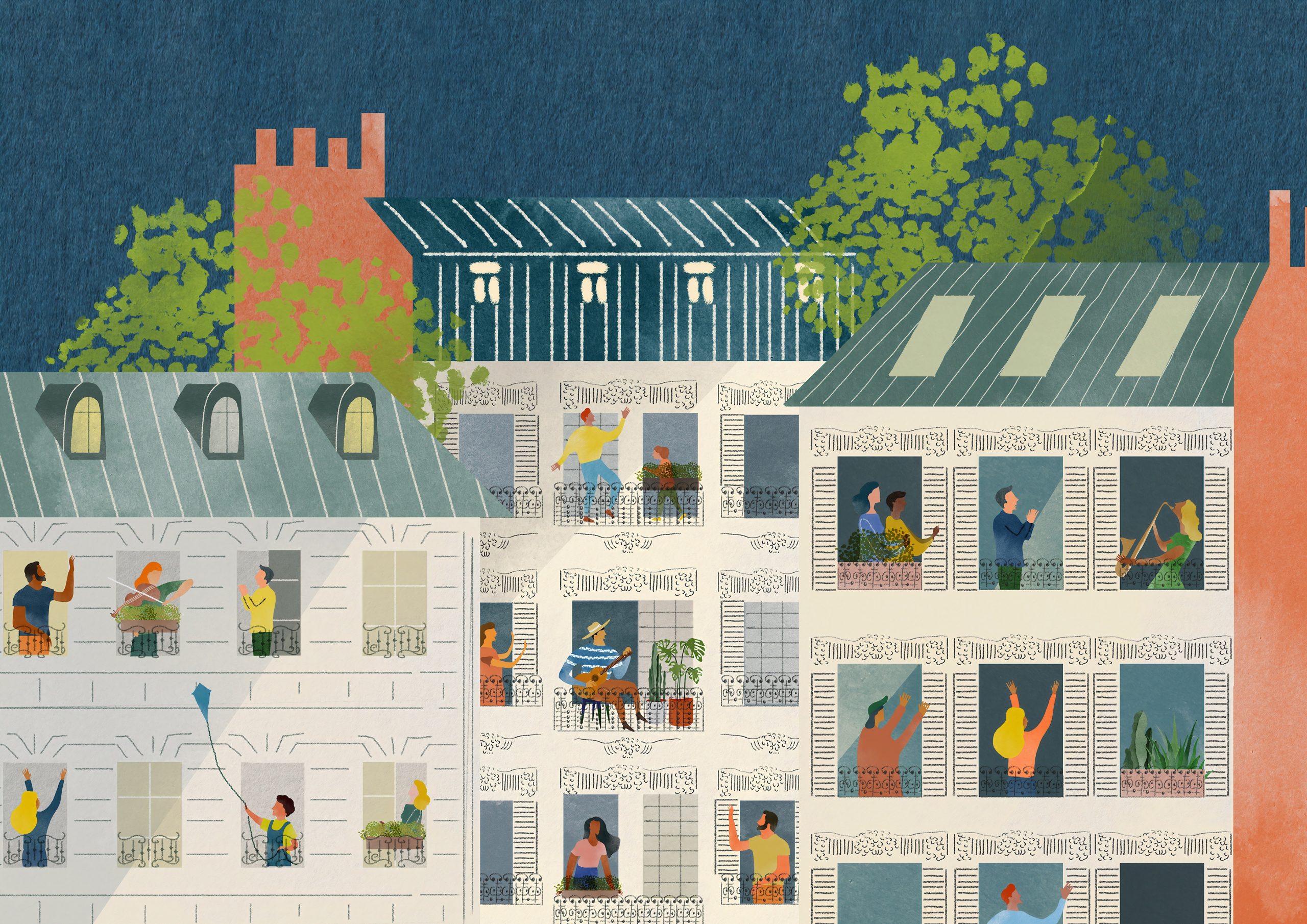 I was a student in one of the most popular vinyasa studios in the city. I’ve heard it called a studio for yoga teachers. It was the closest studio to me, on the route home from work, and I would drop in several times a week.

All my teachers were white.

One time I was taught by a woman of colour. She was a sub.

The classes at the studio were predominantly filled with white bodies. Sometimes I would see Asian bodies but I could count them with one hand, maybe two.

I continued to practice but the disconnect between the yoga and the space began to wear on me. I was in a space where I was just another body. Even though I knew people who worked at the front and some of the teachers were teachers I had trained under, I never felt seen.

Sometimes, the teachers would ask the students to introduce themselves to the person next to them and once that was done, we would go off on our own journeys on the mat. We would leave the space the same self-contained strangers we were as when we first arrived.

Despite my initial experiences, I was determined to make this my home studio. I wanted to fit in, so I continued to go there for about a year. My friends and I would make plans to go to class together in an attempt to create a sense of community ourselves, but even when we practiced in the same room, we were isolated. And eventually, I learned to trust my gut and I stopped showing up.

This wasn’t a vinyasa studio trying to be cool or hip; it wasn’t following current marketing trends that decree boutique studios must be edgy or urban. This also wasn’t a fitness studio masquerading circuit training as yoga.

This was a vinyasa studio with teachers that had received training under influential yoga teachers in the East and West, that had an altar in the room, and provided more than two-minute savasanas.

I did not feel like I belonged, and I wasn’t the only one. My white friends expressed reservations too. It was an able-bodied space where cues such as, if handstand is in your practice, take it now could be regularly heard.

We all come to yoga because of how it makes us feel but the community space can uproot us from that conviction. How can we feel liberated and bound at the same time? Yoga taught me we are all connected, that we are one, but the owners and managers running white-centred yoga and wellness spaces seemed not to have gotten the memo. Community was for white or white-passing able-bodied people. There was no room for anyone else.

Community has become something of a unicorn in the wellness space. It’s more legend than reality. We hear about it more than we actually see it with our own eyes. For cynics, community is nothing more than good marketing.

We need to decolonize our understanding of the word “community” and redefine its meaning not only in theory but most importantly, in practice. When a teacher orders their students to introduce themselves to each other before class, that is not building community. When a teacher asks why we are so serious, it is not building community. It’s just negging.

The responsibility for building community is on who is offering the space. In a studio class, it is the owner and management team. In a private class, it is the teacher. We are all accountable to how we show up to create community. So, where do we begin?

Redefining Community For All

I first met Harpinder during a mentorship program. We had a lot in common. We not only worked in the same profession for our day jobs but were frustrated by our attempts to find community with other womxn of color in the wellness space. We were tired of seeing yoga summits touting line-ups featuring all-white speakers and we were tired of seeing yoga without social justice.

We craved community with a real definition of community.

We don’t believe you can create community through a system of control that uses power over students. You cannot force or coerce students to be in a community with each other. We also don’t believe power is a finite resource held by the hands of the few.

We believe in community that moves away from systems of oppression and towards our collective liberation. We have to let go of old systems and old ways of doing things because it’s always been done.

By sharing power with the people, collaborative decision-making made with respect and mutual support can lead to collective action that benefits the community. When we provide a space for everyone to shape their community, they recognize the power within themselves to make a difference. Being a part of a community can empower our self-worth and well-being because we receive affirmations that we shouldn’t doubt or silence the knowledge we already hold within ourselves.

Given all that, we are defining community, for all intents and purposes, as a racially equitable space for people to gather in pursuit of common goals and interests, knowing they will be empowered by being heard and supported.

Creating a community is harder than it looks. It can be easy to get swept away by ideas that you are excited about without once thinking about the harm it causes someone until it’s too late. It’s important to think about how your actions are allowing or preventing groups of people from showing up, because your beliefs about how you hold space, and what community means to you, will come through in everything that you do. Students are aware of this, as I was at the popular vinyasa studio.

4 Questions to Ask Before Creating Community

1. Do you know what your community needs?

We can be more concerned about appearing woke than doing the work. If you are interested in building community in the wellness space you are creating, ask yourself how you are going to do that without a White Savior Complex. A white savior is someone who believes Black, Indigenous and People of Color need saving by white people. It centres the narrative on white people and dehumanizes people of color by suggesting they need to be saved by a “superior” white race.

Everyone deserves to take care of themselves and their well-being. Everyone deserves to choose what that means for themselves. It will look different for everyone, so one of the best things you can do is figure out what the community needs. Ask them what they are looking for. Ask them what’s holding them back from it. Investigate what power you hold to give them what they need. And finally, give yourself permission to be imperfect while holding yourself accountable. By thinking about the purpose and impact of your actions, you are tailoring an experience and creating something that has never been done before!

2. Are you working from a Scarcity Mindset or an Abundance Mindset?

When you concede the truth that scarcity is a myth we are told to divide us so we compete with each other rather than work together, you will find more – not less – opportunity opening up.

The scarcity mindset shows up in many different ways. You may feel you have to do it all. Maybe you don’t want to ask for help. Maybe you are scared to. So often as yoga teachers, we are competing with each other for teaching spots and for students without realizing we are enough. We do not have to think anymore that someone is taking something away from us when they succeed. We do not have to hoard our power, our resources, our knowledge from others because we are scared they will use it against us, that their power diminishes away our power.

As people of color, we buy into the scarcity mindset and believe we need to compete with other people of color for the one token position. We do not need a seat at the table to create change. We can break the table and create a new one using our own tools.

People with more power and privilege than others have more access to resources: they need to share more. When we collaborate with each other by sharing knowledge and resources, we create something bigger and better than what we could have achieved all by ourselves.

3. Do you believe you know it all?

Every one of us is a teacher, a leader, a role model. We have all inspired someone in our lives. But does that mean we are expected to speak about all subjects? Does that mean we should even speak?

Let someone else hold the space.

You are not erased when the spotlight is not on you. You still exist even when your lived experiences are not centred.

We started the Womxn of Color Summit: The Art of Creative Living for so many reasons. One of them is that we were inspired by womxn of color embodying their creative potential and we were driven by our desire to speak with them. We knew we did not know it all. We knew there were others who do and are leaders in their space. We wanted to empower others, who, like us, were frustrated and wanted to see representation and hear the voices of wise womxn of color across the creative and healing modalities.

4. How are you using your privilege to create racial equity in the community?

We’d like to think objectivity exists but it perpetuates oppression when we don’t recognize the privilege we benefit from at the expense of others. We all have privilege and being unaware of it is part of what holding privilege entails. Staying silent is also a privilege—your livelihood and wellbeing doesn’t depend on it.

We are not taught to recognize our privilege—we are taught to individualize success or failure where success is the result of our hard work and failure the proof that we will never be good enough.

Unpack your privilege and work towards using the advantages you have to create racial equity in your community space. It can look like working with more than one token POC and really listening to them—don’t steal their ideas or ignore them when they say something that you don’t like or want to do. Pay POC the same you would pay a white male. Consider sliding scales of pricing to provide people with the opportunity to be a part of something that they might not ordinarily be able to opt in.

We believe community in the wellness space can be more than just a buzzword and that it can truly stand for something.

What can you create if you believe it too?