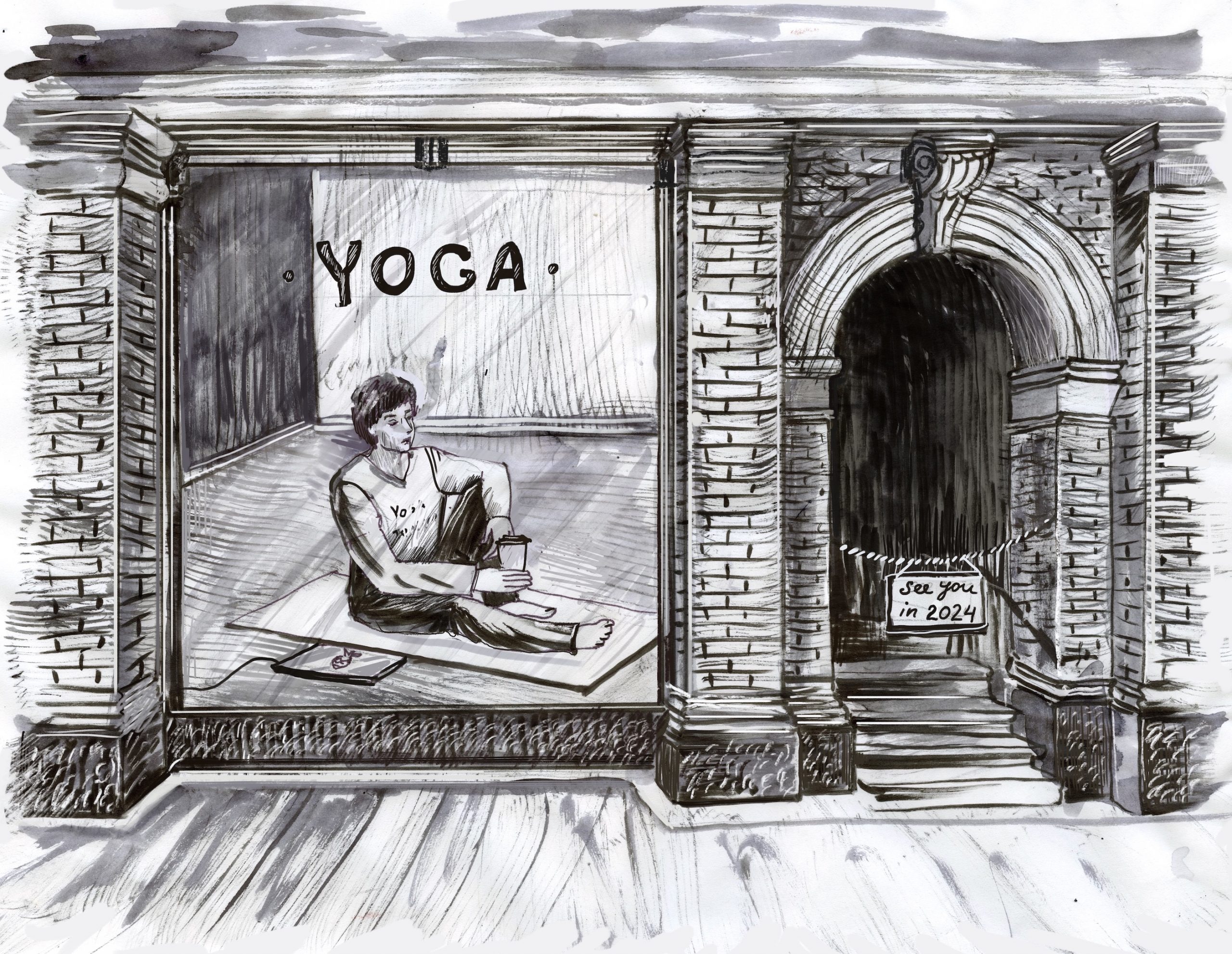 Covid Hates Yoga Studios: What it’s Like to Be a Studio Owner During a Pandemic

I own a yoga studio.

This is my usual answer to the cliché (and somewhat archaic) question of, “what do you do?”

I’ve never minded the query up to now. In truth, it would usually make me light up with pride and joy like a child being asked their favourite ice cream flavour.

But that was before Covid.

Now, the answer is accompanied by internal angst, compounded by some very anti-yogi feelings and an expanded answer once the sympathetic look from the person asking the question becomes obvious: “I know. I’m screwed.”

The obvious disdain shown wouldn’t seem that surprising if you take into account that a few years back I wrote a book entitled, “I Hate Yoga,” but that was tongue-in-cheek and was actually written with the purpose of getting people to love yoga.

I didn’t think I was manifesting the potential demise of my business with a cheeky title (and I still don’t)—it was simply an attempt to counter all the sanguine proclamations that come out of the mouths of folks who regularly practice yoga. I thought it was funny.

Nothing funny about it now; although, there is potential for an even more apt, updated title: Covid Hates Yoga.

And It really does.

Yoga studios are closing permanently all over Toronto. Well, all over the world, actually. Most have been pivoting like other businesses to move online but no one can argue that the heart-led essence of true yoga and many of its benefits come from community and connection, not bandwidth and bright lighting; and in addition to feeling soulless, most online offerings are not very profitable, which is why yoga studios are being shuttered like windows before a hurricane.

There’s no use in sugar-coating the harshness of our current reality and the cruel irony of the fact that yoga studios—which have helped thousands maintain and enhance their well-being over the years—are being forced to close for the safety and health of their communities.

It can be tough to wrap one’s head around such a cold paradox.

But here we are.

To further the conflict, yogis are traditionally bound to practice Ahimsa, the Sanskrit term meaning “do no harm to others.”

When my yoga studio was permitted to reopen in August and September, albeit at 20% capacity with a minimum of six feet between mats, I struggled with the morality of it all. What if someone still got sick despite all the precautions we put in place?

I hoped that an upgraded ventilation system combined with an energy recovery ventilator, hepa filters, and strict cleaning protocols would prevent infection, but how could I be sure it would be enough?

I couldn’t. All we could do is mitigate as much risk as possible and allow the chips to fall where they may. Some would argue that this was “not-so-namaste” but classes were full because our clients wanted their hot yoga and Pilates. They were suffering without it. I have the emails to prove it—the pleas from our community to do everything to stay open were substantial and I complied believing that the risk would be outweighed by the benefits.

The gamble paid off, though odds were certainly better during the summer lull than they would be in the middle of the firestorm we seem headed for now. Playing cards with Covid would likely be a guarantee that even yoga would leave Vegas a loser.

But as luck would have it, no one got sick…except me.

I developed stress-related health issues that continue today—not Covid, but the virus might argue that it got me indirectly, along with thousands of others who suffer from mental health issues, anxiety, depression, and a host of other ailments upon which Covid could arguably hang its hat.

Trying to achieve the balance of keeping a business above water while sharks lurk below is not conducive to one’s well-being.

The ongoing public and political argument of “lives versus livelihood”—and the seemingly interminable loss of both during this time—takes on new complexities when it comes to the fitness industry.

How can you help someone feel their best while potentially exposing them to the worst—a virus that throws its nose up at good intentions just before it travels up yours.

All this to say that I don’t know the answer.

Yoga is supposed to provide enlightenment through meditation, asanas, and deep breathing, so I keep searching within, and during my practice, I call out for insights, but my inner guru won’t pick up the phone. Covid changed the number. It hates yoga.

But the inner dialogue continues: Maybe our community can still practice together with strong safety measures and be okay. Maybe we can’t. Maybe my yoga business can survive until a much-anticipated vaccine arrives. Maybe it can’t.

None of this feels like just a matter of a business surviving or failing. There are a few shots of existentialism mixed into this Covid “cock-tale.”

I know. I can feel eyes rolling. “Oh, do illuminate us with the deepness of it all, Shiva.”

But it’s true. Existentialists believe that society should not restrict an individual’s life or actions because any such limitations inhibit free will and the natural progression of that person’s potential.

In the current Covid reality, one might argue that existentialism loses its validity to the point of becoming irrelevant and ill-defined, so to speak.

Covid hates existentialism—it doles out punishment to its proponents and their seemingly self-righteous idealism in the form of enforced restrictions by government bodies regardless of whether the regulations are random, justified, or unnecessary. Then it pounces anyway as it inevitably takes advantage of multiple holes and missteps.

This fight ain’t over, though. In spite of all the political bungling and mixed messaging from various governments and health authorities, I know we’ll get through this, and I truly hope there are lessons that will be learned when we do, but what do I know? I’m not a prophet, an epidemiologist, a politician, or a philosopher.

I own a yoga studio. 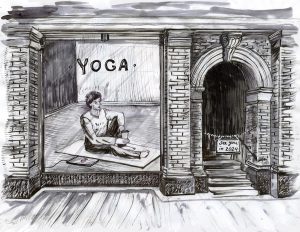