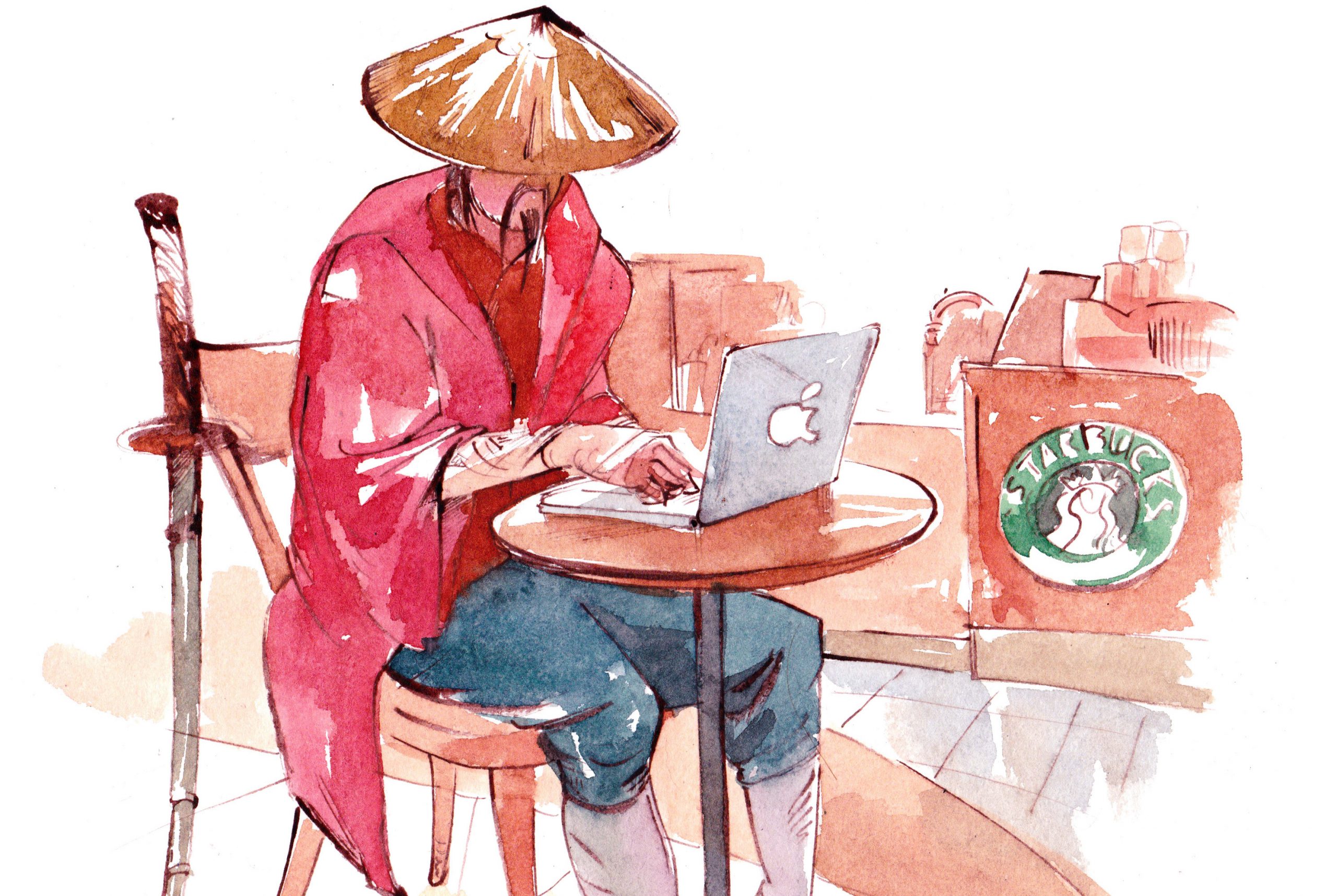 I Hate Yoga: And Why You’ll Hate to Love it Too

Ego says, “Once everything falls into place, I will find peace”. Spirit says, “Find your peace and everything will fall into place.”

Have you ever heard the story about the samurai who sought out the true nature of heaven and hell?

The brave warrior, in an attempt to gain wisdom and insight, searched for this meaning for much of his life.

He spent years sailing across tumultuous seas, scaling angry mountains, occupying countless Starbucks outlets and asking everyone he encountered if they knew where he could attain this knowledge—which he felt to be one of the key ingredients to eternal happiness. After an extensive, thorough journey, he was bereft.

There was only one village he had not visited.

As luck would have it, the people of the village informed the weary samurai that they knew where he could find his answer.

There was a wise man that lived alone atop the mountain on the edge of the village. If the samurai made the journey, he would most certainly be awarded this secret and thus be spiritually fulfilled. It was one of the most daunting mountains he had ever seen, but he had come this far, so he courageously began his purposeful expedition.

His sheer will carried him up the mountain and, finally, he stood before the wise man who was said to possess the elusive wisdom he coveted.

“I have traveled my whole life for this moment,” he anxiously told the wise man. “I have been told that you understand the true nature of heaven and hell. Can you please share this wisdom with me?”

The wise man looked the samurai up and down and, with unrelenting fervor, suddenly began spewing venomous rhetoric towards the shell-shocked warrior:

“Why would I share such information with a ridiculous character such as yourself? How stupidly presumptuous and foolhardy you must be to think that someone with my stature would offer up such valuable wisdom to a stupid lowlife like you!” The wise man continued to stab the warrior with dagger-like insults for what seemed to be hours and, all the while, the samurai’s rage was igniting like a fuel-soaked bonfire.

Finally, it was too much to take. The samurai drew his sword, held it high in the air and was a moment away from cutting off the head of the supposed wise man—who continued to feverishly belittle him and his life-long quest for the true nature of heaven and hell.

Just as the blade was to sever the head of the wise man, he looked deep into the eyes of the angered warrior and spoke with calm, knowing clarity: Upon hearing these words, the samurai slowly put down his sword, sat down on a rock and began to weep. He realized with sadness that he had let the wise man provoke him into a fiery dance with his own ego—the result of which would have been tragic.

As he continued to weep in shame, the wise man walked over to him, gently put his hand on his shoulder and said compassionately, “That’s heaven.”

This has always been a beautifully penetrating story for me because I believe there is no better tale to describe how we create our own heaven and hell.

Unfortunately, it is often easier to construct our own hell in any situation that presents adversity because it is the easier way out every time. Staying in that hell seems like a safe choice to many.

We can choose anger over deep contemplation and sadness, yet, scratch the surface of anger, and you will find sadness almost every time.

On several occasions—with yoga as their conduit—I’ve seen individuals come face-to-face with momentous growth only to succumb to a daunting feeling of hardship and quickly abandon their journey before it truly starts to benefit them.

It’s a frustrating scene to witness. A single soul—just weeks or even days away from making significant progress—looks up the mountain they have begun to climb, then quickly turns and begins to walk back down.

“The weather got too rough,” they’d say. “I’ll try again next week.” But they rarely do.

In the yoga world, the excuses are usually predictable: “I just stopped having the time.” “I don’t deal well with the heat.” “I didn’t like the teacher.”

We can talk ourselves out of anything—even a yoga practice that can prove to be of immense benefit to our well-being. Some are ready to break out of old patterns and comfortable habits to bravely embrace the next chapter, and some simply are not.

One of the gifts of owning a yoga studio is that sometimes a person walks in—having never done yoga—and stands in front of you with a vulnerability so pure you would only witness it on the face of a newborn baby.

They don’t even know why they’re there. They just know that something’s gotta give with the life they’ve been leading. A courageous voice in their body brought them to a yoga studio.

Their expression speaks to something deeper than a simple conscious choice to start a yoga practice. It’s tough to give it a word description without stripping it of its spiritual potency, except to say that the energy surrounding the moment is as raw, real and beautiful as that of anything I have ever felt.

They’re ready. For something. Anything.

There is another story I once heard from Eckhart Tolle about a man who is considering moving to a new town. He goes into the local café and talks to a regular patron: “I’m thinking of moving to your town. What are the people like?”

The local answers with his own question: “What are the people like in the town you just came from?”

“Oh, they are awful people. Very deceitful, unkind and unfriendly,” the man spews without hesitation.

Months later, another man enters the café with the same inquiry and wanders up to the same regular.

“I’m thinking of moving to your town. What are the people like here?”

Again, he answers with the same degree of curiosity: “Well, what are they like in the town you just came from?”

“Wonderful. They are lovely, kind, gentle and giving”, the man says with a fond smile.

“Well, I think you will find they are much the same here,” the local offers back. We have to take responsibility for our happiness. We are not entitled to it and our perceptions can be the game-changer.

Yoga can be a signpost on your journey, but if you don’t try it, you’ll never know if it’s a step in the right direction.

A yoga journey can be difficult, but it can also be endlessly rewarding and, who knows, the true nature of heaven and hell—as it pertains to you personally—may be revealed along the way.

This is an excerpt from a book ‘I Hate Yoga: And Why You’ll Hate to Love it Too’ by Paul McQuillan. Reprinted with permission of the author. You can buy the book on Amazon. Paul is the owner and director of BeHot Yoga Toronto, a thriving yoga studio in downtown Toronto. A yoga teacher for eleven years and a professional singer and actor for thirty, Paul has performed on stages in over sixty cities across North America, and appeared in the documentary Planet Yoga. His controversial but popular article in Canada’s national newspaper, The Globe and Mail, is the inspiration for I Hate Yoga.