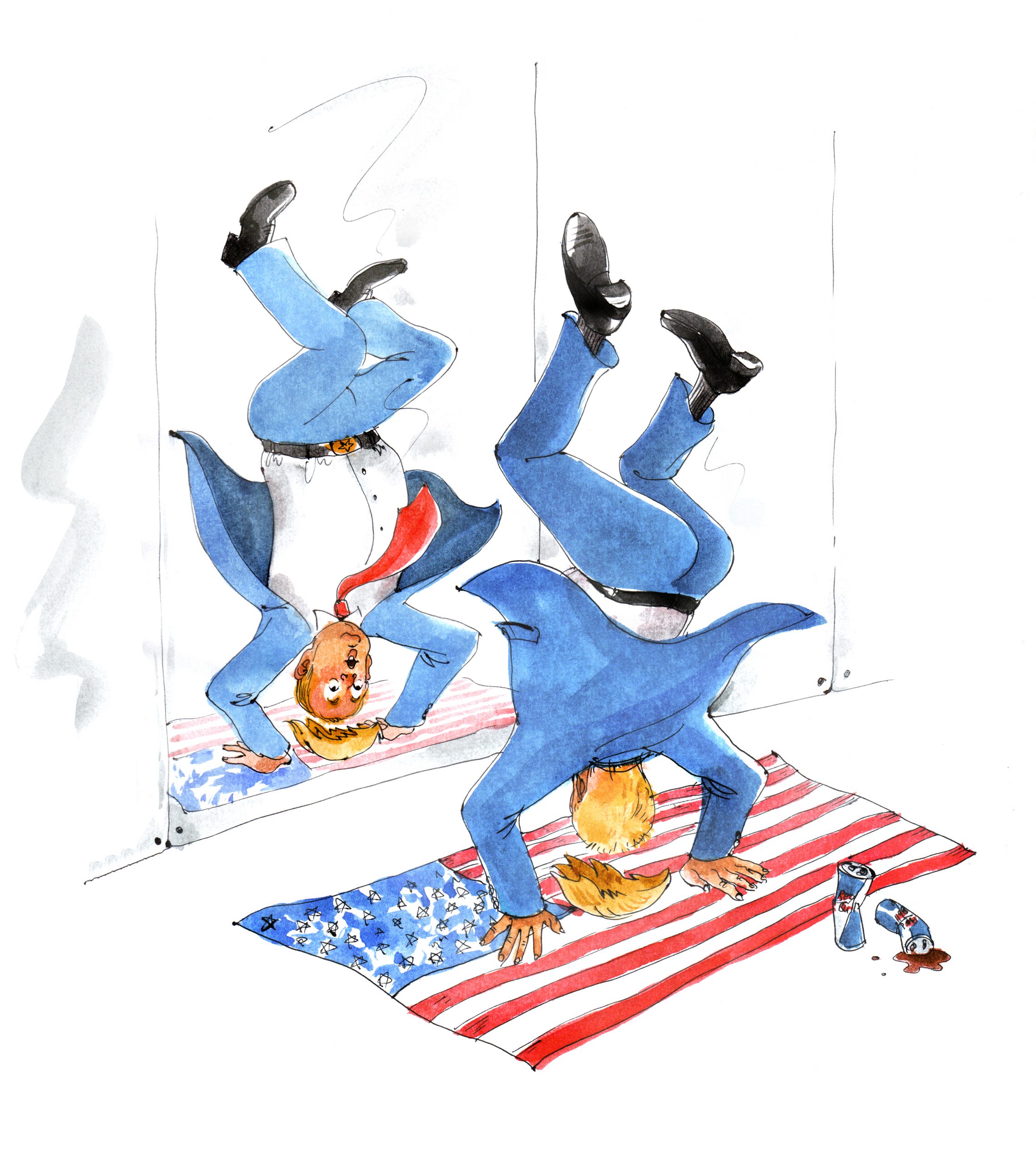 If Trump Were a Yogi

If Donald Trump were a yogi, instead of a mat, towel and water, he would arrive (late) with a “rug” and can of Red Bull.

He would demand that an “energy wall” be built around his mat and the mats of other yogis.

He would belittle the instructor out loud while using his phone to tweet about “fake” yoga.

He would ask that all yogis of non-white origin from “shithole” countries be disallowed to practice beside him. He would call this a fair trade for his omnipotent, powerful presence.

He would pass gas. It would be taxing to others, but personally beneficial to him “on the (w)hole.”

Though he would be standing in front of a mirror, he would not be able to see himself in it…at all!

Some would see him as a comedy HIT. Others, as an energy kilLER.

His “posturing” would be brilliant and histrionic, his postures incorrect and un-adjustable.

His form would be atrocious, his depth shallow, his benefits poor.

He would sweat bullets. Literally.

And then something miraculous would happen: Reason would ensue. Kindness would prevail. Humanity would beckon.

He would be given permission to fail and fail miserably. Then, euphoria would overcome judgment and healing would win the day. Compassion would collectively reveal itself, exuding out of the pours of every yogi in the room, like an elixir of love.

Then, Donald Trump would fall silent with humility and a joy would swathe us all with the realization that we, as a species, are one—and even his dark soul can be shown light and afforded forgiveness.

The teacher would remind the class of the ancient African word, “Ubuntu”, meaning “humanity to others” or “I am because of you.”

A silence would follow and the energy of hope would make way for a torrent of change. 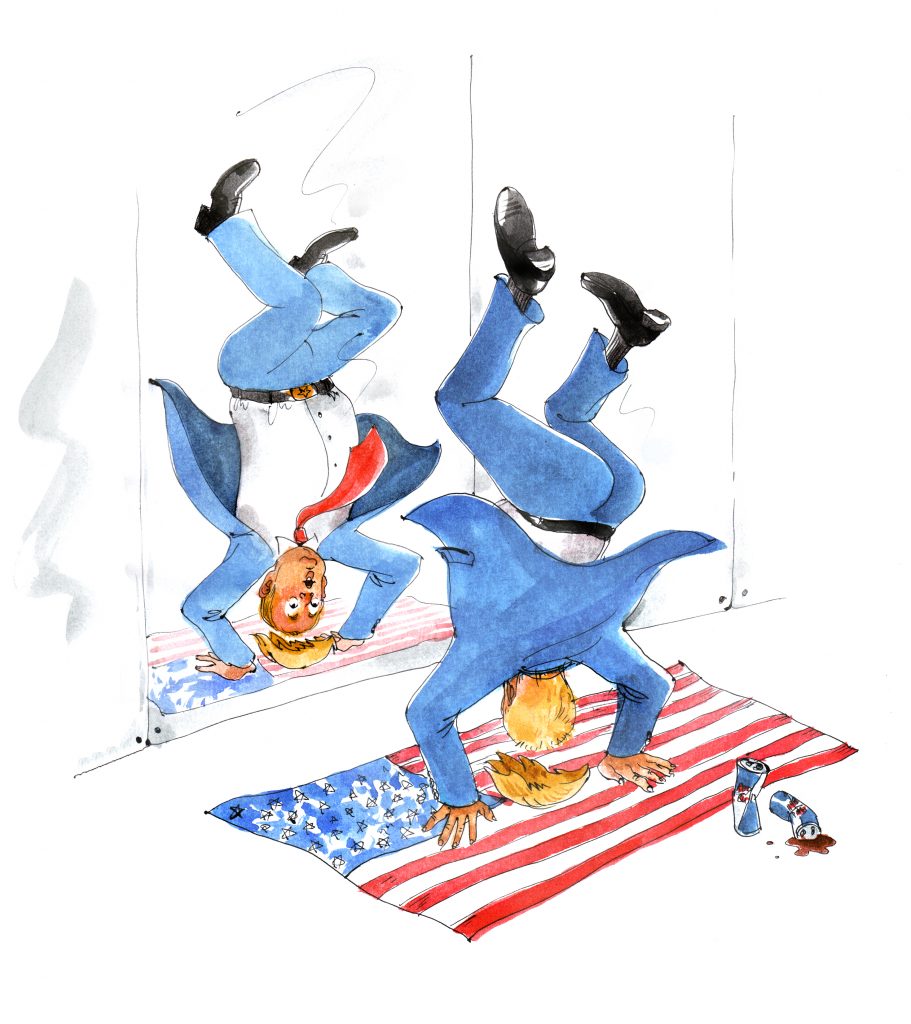